One-of-a-kind bronze Panerai to be auctioned 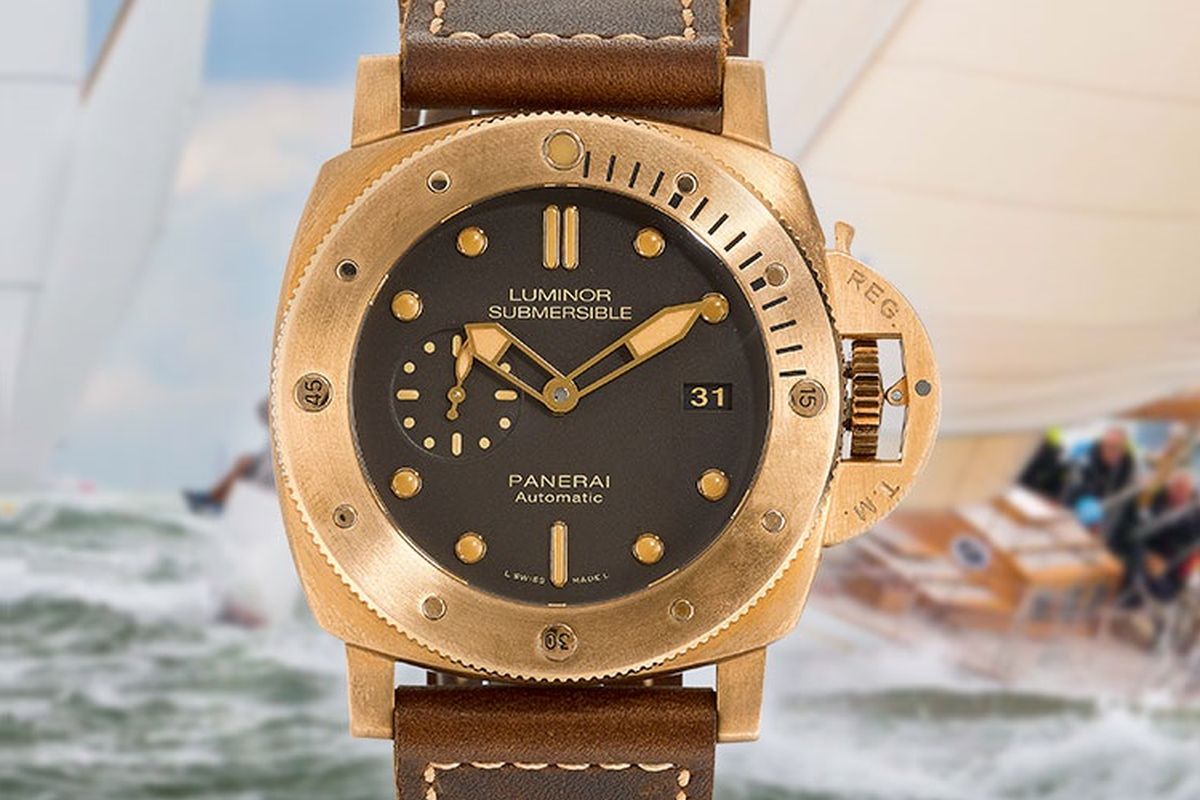 When Panerai released the green-dialed Luminor Submersible 1950 3 Days Automatic Bronzo in 2011, the 1000-piece stunner felt like a long time coming. Aside from its gradual, mesmerizing time-weathered effect, the stunning alloy was used in historical diving equipment, making the perfect tribute to Panerai’s history in military diving. The Italian watchmaker did not stop at the first Bronzo, releasing two more 1000-piece limited editions in 2013 and more recently in SIHH 2017, the latter in a dark blue dial.

Now, a fourth Panerai Bronzo is about to make waves, but there will only be one of its kind. The unique Luminor Submersible 1950 3 Days Automatic Bronzo PAM00907 will be hitting Sotheby’s upcoming online auction, with proceeds donated to the Royal Yachting Association. The charity will support Onboard, a programme designed to afford young people of all backgrounds an equal opportunity to go sailing.

The one-of-a-kind Luminor Submersible 1950 3 Days Automatic Bronzo PAM00907 flaunts a rugged, dark brown dial, and is powered by a P.9010 automatic movement. The watch will be on display at Sotheby’s London before The Panerai Experience Online from November 30 to December 15, along with other editions made specifically for the event.