Prada Cinéma Evolution is Inspired by the Dreamlike Power of Film 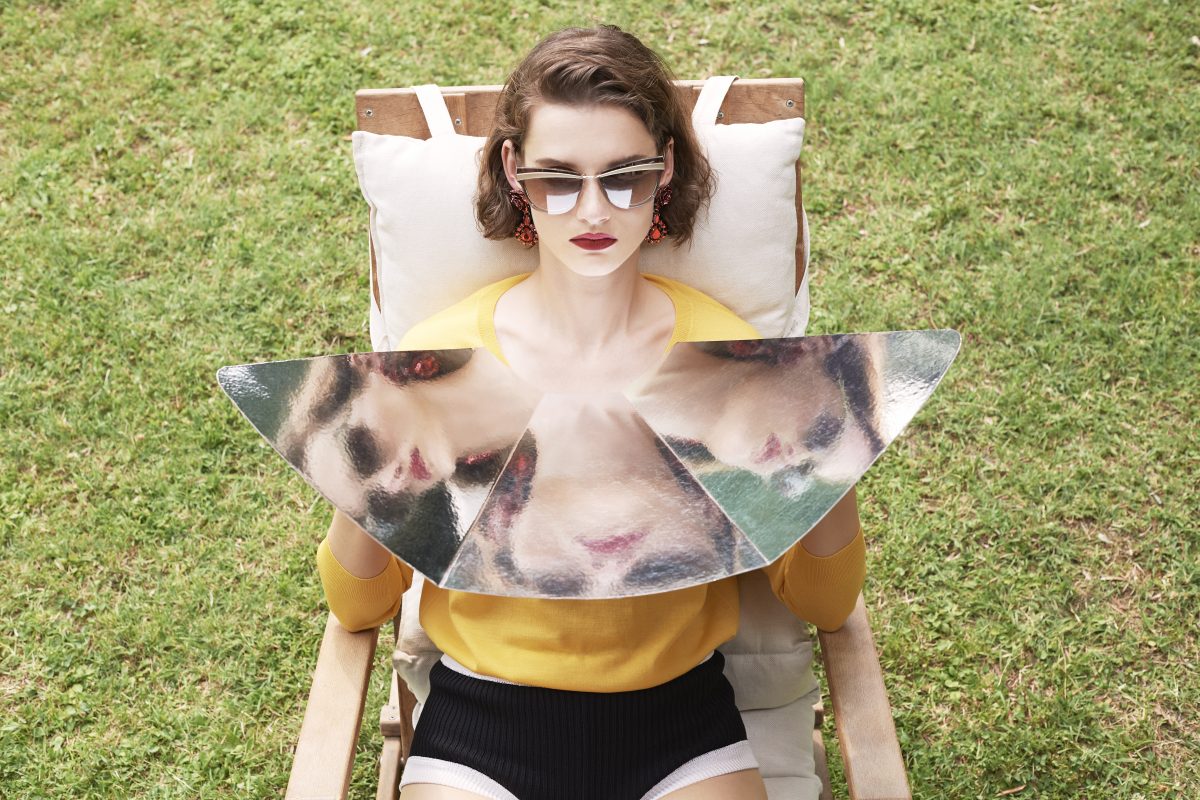 It sounds like a bit of a strange question, rhetorical almost, but wait till you see the collection.

Prada Cinéma Evolution is the name of the new Prada Eyewear digital project. A narrative triggering a playful dichotomy between perspective and perception, subject and object, the viewer is left with the question: “Are you the observer or the observed?”

(We’re not sure what the right answer is, tbh)

The campaign takes the essence of film and merges it with a world of female identity. Essentially, it’s a film about a young woman on a sunny summer day. You see a nostalgic, dreamy projection of personal memories that include a birthday cake and a reflection in a mirror. Through it all, you get peeks at the sunnies and eyewear collection (the true stars of the film) and how it plays into the woman’s life.

It’s a little confusing, but in an intriguing, cinematic way.

The collection itself is just as imaginative. An unusual combination of contemporary aesthetics and sophisticated femininity, the sunglasses and eyewear have oversized frame fronts emphasised by a shining metal element, while the temples preserve the flat design of the iconic collection.

In particular, we love the oversized brown sunnies (above) and how versatile — unisex, even — they look. The film’s montage gives one plenty of ideas for the kind of scene that would suit perfectly to Prada’s new collection. Except perhaps, we won’t be throwing remote controls off buildings anytime soon. We’ll save the sunglasses for sunbathing sessions instead.

The digital campaign rolls out over Prada’s social media channels. Keep up for a set of short clips, an advertisement and stills that display the collection beautifully. You can also take a look at the entire campaign and shop the collection on Prada’s website.

Like Prada says, “Cinema is everything when the world is watching”.