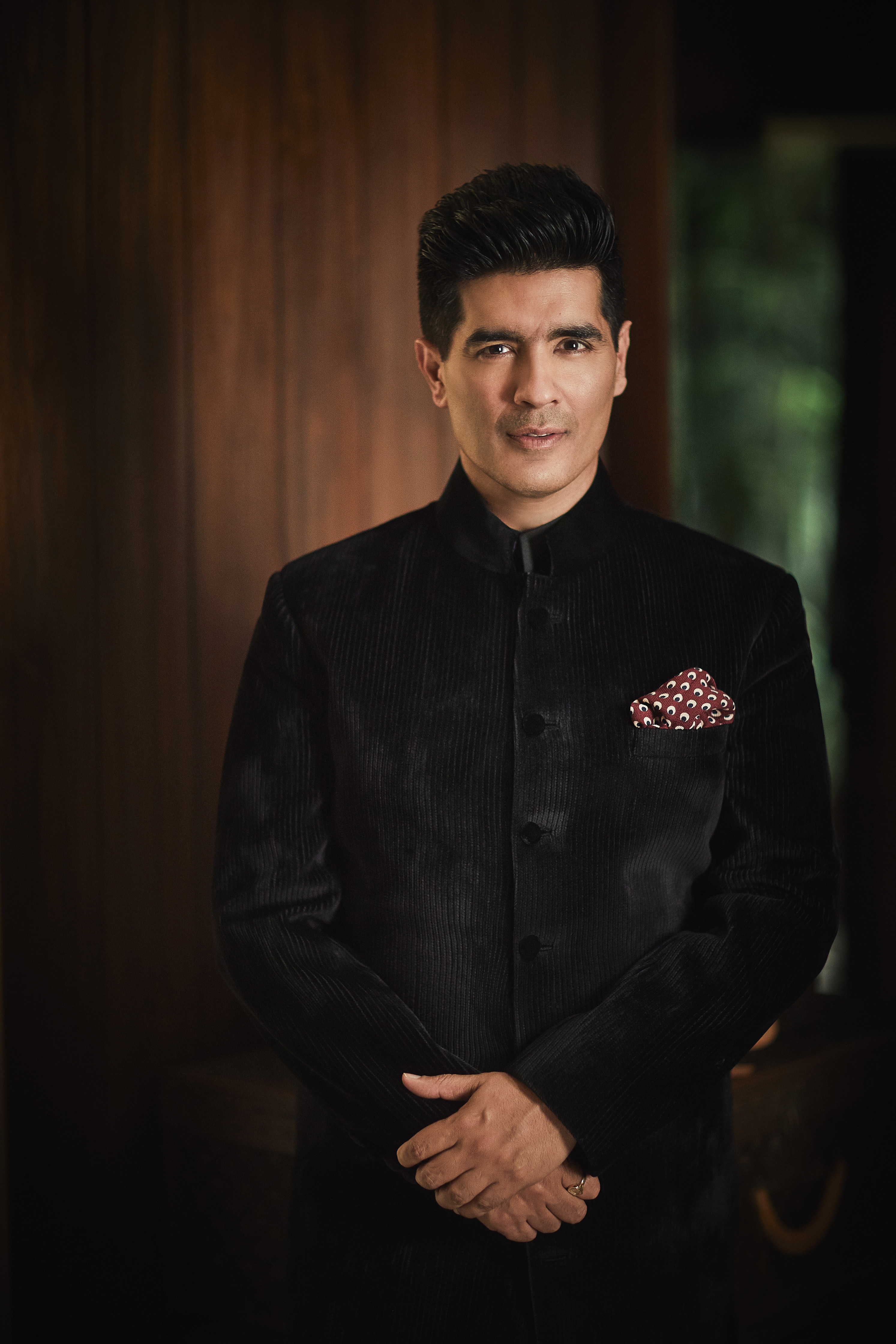 After a lavish catwalk presentation of his latest collection at the Four Seasons Hotel Hong Kong, Manish Malhotra looks thrilled and exhausted in equal measure. The South Asian contingent has turned out in force, with tables for the soirée selling out rapidly in spite of tickets priced at $6,000 a plate. But that’s no surprise, as the star designer – who’s created glittering ensembles for almost every Bollywood screen siren – is, after 27 years in the industry, as famous as any of the leading ladies he’s draped a sari on.

“I’m based in Mumbai, which is a very expensive city,” he says. “I have a big setup with 585 people working with me. My Mumbai store is 8,500 square feet, my Delhi store is 9,000 square feet. I was one of the first Indian designers to open such massive stores. We have a lot of orders and keeping up with it is a challenge for me.”

Malhotra’s eponymous label came to fruition after a long and arduous journey. Although initially working as a model, he had a preternatural skill in drawing and also loved Indian films – particularly those of the 1950s and ’60s – so at the age of 23 he took the plunge and designed an outfit for a rising model turned actress.

“I didn’t study design,” he says, “I’m a self-taught man. My journey isn’t like others who went to a fashion school like Parsons. What I had was a lot of passion. I didn’t just design a skirt with embellishments. I wanted to create the complete look, from hair, make-up, down to the nail polish and shoes the actress should wear for a complete look.

“In the 1980s and early ’90s, film fashion had become very gaudy, very loud and a little cheap. I brought in expensive-looking, glamorous outfits. A new cut, a new way of looking at how the modern Indian girl is projected in cinema.”

His efforts did not go unnoticed – he was the first Indian designer to win a Filmfare award (roughly equivalent to an Oscar) for costume design, in 1995. Since then there’s been no looking back, and even he can’t recall how many films and celebrities he’s designed for.

“Now I am established, I have the luxury to say no to films and stars. I only do film costumes for close friends; over the past seven years, I’m focused on my label.”

Our chat takes place in a hotel function room that’s been overwhelmed by his meticulously curated ensembles, with sequins, feathers, Swarovski crystals and intricate hand-stitched embroidery in a riot of colours and fabrics draped over mannequins and hanging on racks. Most of the price tags are lost among pleats of lace and mirror-work, but I spot one winter ensemble at around $75,000. No point in looking for a simple black dress costing sensible money here.

“My style is very Eastern, Indian in origin. Over the years it’s evolved a lot. It also has a lot of quintessential glamour and influences from world fashion. So from feathers to fringe to off-shoulder, I think my Indian clothes are very contemporary,” he says – and he’s clearly changed the silhouette of the modern Indian woman. While he adheres to some traditions, his muse isn’t a ’50s housewife but a modern-day globetrotter who’s as familiar with New York as she is with New Delhi.

A sizeable chunk of Malhotra’s threads are for that vast Indian industry: weddings. Indian nuptuals, after all, run from five to 10 days, with each event warranting a different outfit.

“There’s a global influx, an amalgamation of everything, which is what I’m adapting to. It makes my work more contemporary, younger and more adaptable all over the world. So my customer isn’t just Indian – it’s anyone with style.”

With his clothes available across the Indian diaspora, which now covers much of the world, it’s no surprise to learn that he has stores in Dubai, or that he’s seen as often in Singapore as he is in Mumbai. “I’m not a designer who’s very comfortable doing a trunk showing, except I did it with Vogue India. I love putting together, curating and directing fashion shows. I feel my clothes look better in movement. They have a flow, they have a tale, they have a story in motion. It was the attraction of the fashion show that got me excited enough to come to Hong Kong.”

There’s no question that the profound affection held by Indian actresses for Malhotra and his label has impacted his sales, and he maintains a fine balance while working with his divas. “It’s very taxing to work with a multi-star cast. They are my friends but work is work. I never take my friendship for granted. I stay professional. I know never to cross a line – I would never demand they choose me to do their clothes, nor do I get offended if they work with someone else.”

Do they go elsewhere for the red carpet? “They do, but they always come back to me eventually,” he says with a laugh. “You might go elsewhere if it’s trendy, but if you want a timeless outfit, you come to me. When you leave my store with bags full of my outfits, you take a little bit of me with you, part and parcel.”

Convesations: Paul Smith On Humble Beginnings, and 50 Years in the Industry

The Hermès Pocket Aaaaargh! Comes with a T-Rex Made of Marquetry and Leather Mosaic

HourUniverse: Basel Gets a New Watch and Jewellery Show