In the world of haute horlogerie, revered horological masterpieces are marked by their provenance, uniqueness and historical significance: Alan Banbery’s Patek Philippe Ref3448J ‘No Moon Phase’ with Leap Year Indication ticks all the boxes. Here’s all you need to know about this unique and historically important timepiece before the Christie’s Hong Kong auction at Gaysorn this month. 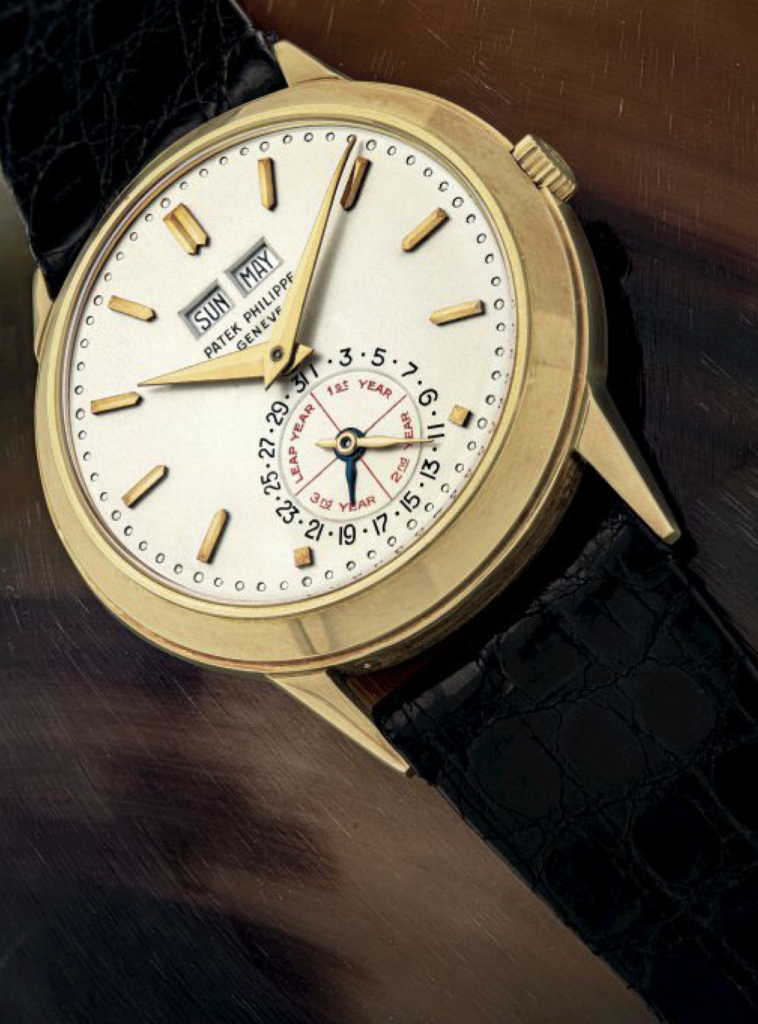 In 1965, Alan Banbery was appointed as Patek Philippe’s Director of Sales for English-speaking Territories. What followed was a successful career spanning almost 40 years where Banbery helped solidified Patek Philippe’s market position and the company’s acquisition of historical Patek Philippe watches and other horological masterpieces.

It is no doubt that this highly individual watch was presented to Alan Banbery, not just to celebrate his 10 years with Patek Philippe, but also to commemorate Banbery’s devotion and the successes he has brought to the company.

Having been hidden in an important private collection for over a decade, Alan Banbery’s Ref3448J is now back to tease collectors’ desire and dreams. It would not be an exaggeration to call it a masterpiece of almost mythical status.

It is a watch of immense horological and historical significance for many reasons. It was a wristwatch that was specially commissioned and presented to Alan Banbery by  the family-run Patek Philippe company’s owners, Henri and Philippe Stern themselves. Thus, it is the only fully provenanced, fully documented and specially commissioned example of a ‘Senza Luna’ watch.

In a nutshell, it is the only example of its kind in the entire world.

One of the greatest classic models from the 1960s and 70s, reference 3448 is an automatic perpetual calendar wristwatch known for its aesthetically pleasing clean lines and prominent moon phase indication.

However, amongst the 3448s, there are seven recorded examples, including Alan Banbery’s watch, which exist sans the moon phases. These watches have become known as the ‘Senza Luna’, which directly translates as ‘Without Moon’ to indicate its lack of moon phase. The ‘Senza Luna’ 3448s all originally existed with a moon phase function and an aperture. However, they were remodelled—either via a special request or as prototypes—in Patek Philippe’s workshops to remove the moon phase indicator.

Even more special and unique is Alan Banbery’s watch, which not only is a ‘Senza Luna’ but also the only one to have received a mechanical conversion so that it carries a leap-year indication on its dial. The work carried by Patek Philippe’s master watchmaker Max Berney saw the moon phase disk removed and replaced with a leap year indication displayed through a corresponding small hand. This alteration was a special request from Patek Philippe, both as a prototype for future leap year indicators and a special gift that would be presented to Banbery.

Alan Banbery’s Ref3448J will be present at the Christie’s Hong Kong live auction, which will be held on May 22, 2021, at Gaysorn Village. Read more about the auction here.