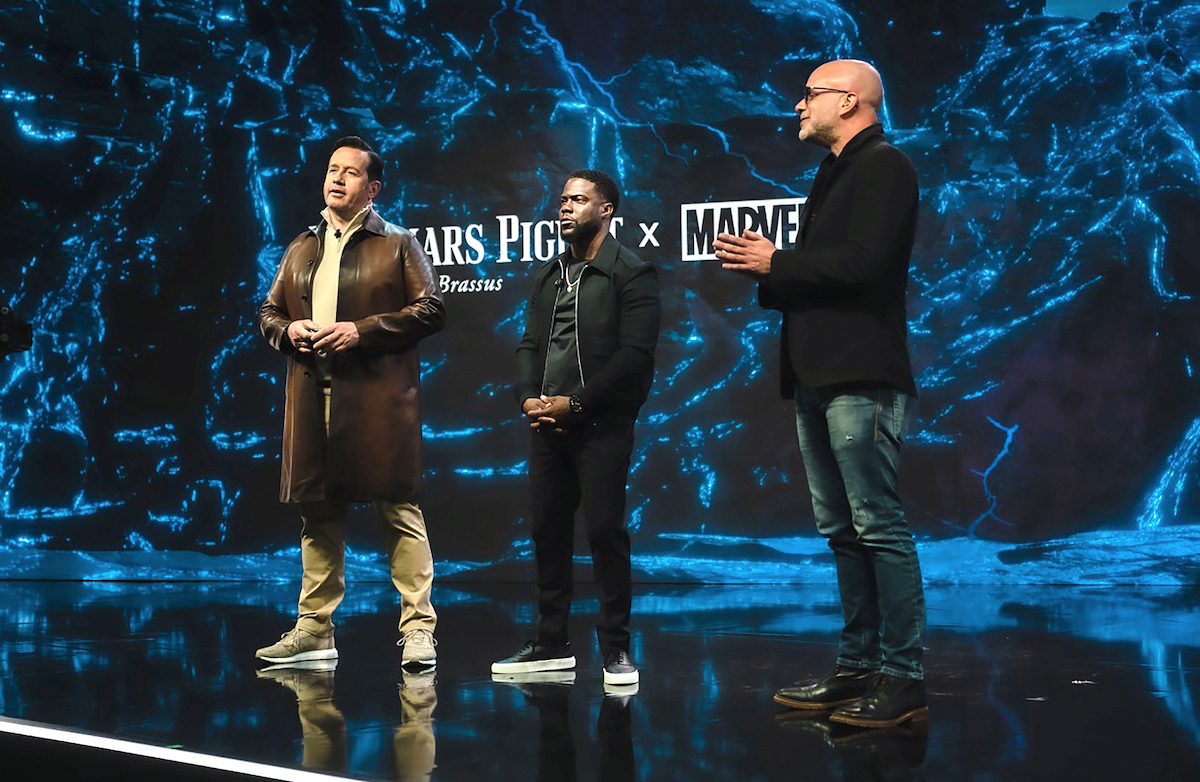 Francois-Henry Bennahmias, CEO of Audemars Piguet, is in a relatively cheery mood when we sit down for a virtual chat, first joking that they’ve forgotten to tell me the interview will be conducted in French, and then swivelling his camera around to show me the massive collection of Yoda models he keeps in his office – it’s no secret that he’s a fan of the small Jedi Master in the Star Wars franchise, and collectors and colleagues often give him figurines.

Bennahmias has loved comics from a young age and still keeps the Mickey Mouse magazines his father used to collect at home. He loved Star Wars from the very first time he watched the movie, and loved Yoda for his miniature size and demeanor, and ultimately the power he held. “In The Empire Strikes Back, Yoda said, ‘Do or do not. There is no try,’ which is the motto in my life. You do, or you don’t. You have to take chances, you take risks. You could fail and it’s OK to fail as long as you don’t fail twice from the same mistake,” he says.

You could see how this adage truly dictates the way Bennahmias has led Audemars Piguet in recent years. In general, storied Swiss watchmaking houses are traditional, firmly rooted in their beliefs and heritage, and slow to make bold moves or incite change. Not Bennahmias – he instigated a collaboration with Jay-Z long before other marques began to make ambassadors out of hip-hop and rap stars.

The recent launch of the Royal Oak Concept “Black Panther” was another such do-or-do-not moment. In fact, Bennahmias first went to Marvel about 16 or 17 years ago but was turned down. “But the brand was also not what it is today,” he explains. “I’d say it was my lucky encounter and relationship with Don Cheadle that closed the deal in 2017 to release a watch in 2021.”

When news broke of the release of Audemars Piguet’s Royal Oak Concept Marvel series, the internet went haywire, first with astonishment at how much money the unique version of the Black Panther timepiece auctioned for – an overwhelming US$5.2 million was raised, more than 30 times the retail price of the standard model; and second with wrath as social-media critics weighed in on its design.

Bennahmias seems completely unfazed with the feedback. He’s unperturbed about the ordeal, calling the naysayers “the usual suspects” and the criticism “cute”. “I find these very cute, because you have that tiny portion of people coming after us no matter what. But we sold 150 watches in five days. That’s never happened before.”

On commentators who called the watch design a bold move from Audemars Piguet, however, Bennahmias was quick to jump in and say otherwise: “We didn’t create anything new in that respect.” Cartoons have appeared on watch dials as early as 1930s, and Gerald Genta’s Fantasy watches of the 1990s saw Mickey Mouse and Donald Duck characters painted on the dials. The latter was a major influence for Bennahmias, and it’s perhaps no wonder that the Black Panther watch wasn’t so far off in approach, showcasing a detailed, hand-painted white-gold and three-dimensional effigy of the superhero on the dial.

“There was no way we’d have just printed the character on the dial,” insists Bennahmias. “We wanted to show the craftsmanship, the finishes, everything that Audemars Piguet does, while respecting the integrity of the character.”
Bennahmias is also brutally honest about working with Marvel, revealing that endless NDAs had to be signed for them to move ahead with the process. “You’re talking about a monster brand called Marvel and a very high-end exclusive brand called Audemars Piguet,” he says pointedly. “You’re talking about billions in revenue every time they release a movie and you’re looking at what, 40,000 watches a year. They’re a monster and we’re a tiny thing.
“We signed our lives in blood because they were going to share their launches for the next five years,” he says. “It’s insane what these guys are working on. We were shown six options and we looked at the Black Panther – OK, what does it say? It’s about family. It’s about technology. It’s about thinking forward. It’s about materials … it’s AP. We decided that it was the perfect profile to launch the relationship with Marvel.”

By now, we know this isn’t a one-off watch; the second release is in the works. “What I can tell you, without telling you much,” he says. “You feel that the character is coming out of the watch – it’s not even in the watch any more. It’s crazy.”

What collectors are getting most excited about, however, isn’t the watch per se, but what it entails for the Royal Oak Concept line. The new watch comes with a redesigned case in 42mm, in titanium and a black ceramic bezel, with a flying tourbillon complication at 6 o’clock. Redesigning the case was important for Bennahmias, who, despite having a sizeable wrist, didn’t find the old case design particularly comfortable. His directive was simple: ergonomics was the future of watchmaking. “Watches have to fit perfectly,” he says. “It doesn’t mean that they all have to be very thin, but ergonomics have to be perfect. We’re going to adapt and change it going forward.” A 42mm Concept tourbillon-only watch at a lower price point will no doubt be a huge hit – if that’s in the pipeline. Bennahmias will say nothing on the subject, save – and with a knowing smile – “There will be something very special in 2023 that would make some serious noise.” Take it how you will.

The watch isn’t for everyone, that’s to be sure – no brand has a range that’s universally attractive to all collectors. However, there are many who recognise the strategic moves that Audemars Piguet is making and applaud the brand for its courage to explore different ways to appeal to the younger market. “It’s a smart move,” says one collector. “Collaborations are the way to go.” Says another: “Brands must evolve and innovate in order to remain relevant.”
And evolve it has. For the longest time, Audemars Piguet had been known for a singular product – the Royal Oak, in particular the references 5402 (the original 1972 version) and the 15202 (the contemporary Jumbo), are both highly sought-after in the market and continue to skyrocket in prices at auction. The brand has turned this around by releasing a book on its vintage complications, exploring re-editions inspired by its vintage pieces and, at the same time, developing new complications and new collections, experimenting with new materials and concepts. AP had a stellar line-up this year, including a new platinum Jumbo with a vivid green dial and a new Offshore diver re-cased in a 42mm size and in three splendid colours.

Today, at auction, perpetual calendars (such as Ref 25829ST and Ref 26574), the Openworked Double Balance (Ref 15416), and limited editions like the Ref 26607 are on the rise. There’s also an uptick of collectors looking into vintage models pre-Royal Oak: the Ref 5548 perpetual calendars and the Star Wheel complication, for example, are making the rounds on social media.

According to auction specialists, watches that weren’t commercial successes in their days, can in the future become sought after. Look at the Rolex Paul Newman Daytona and even AP’s own first series of the Royal Oak, at where they started and where they are now. So perhaps, in the words of Bennahmias’ favourite character, “Patience you must have, my young Padawan.” If the world hasn’t caught on to Bennahmias’ vision for Audemars Piguet by now, it’s only a matter of time.