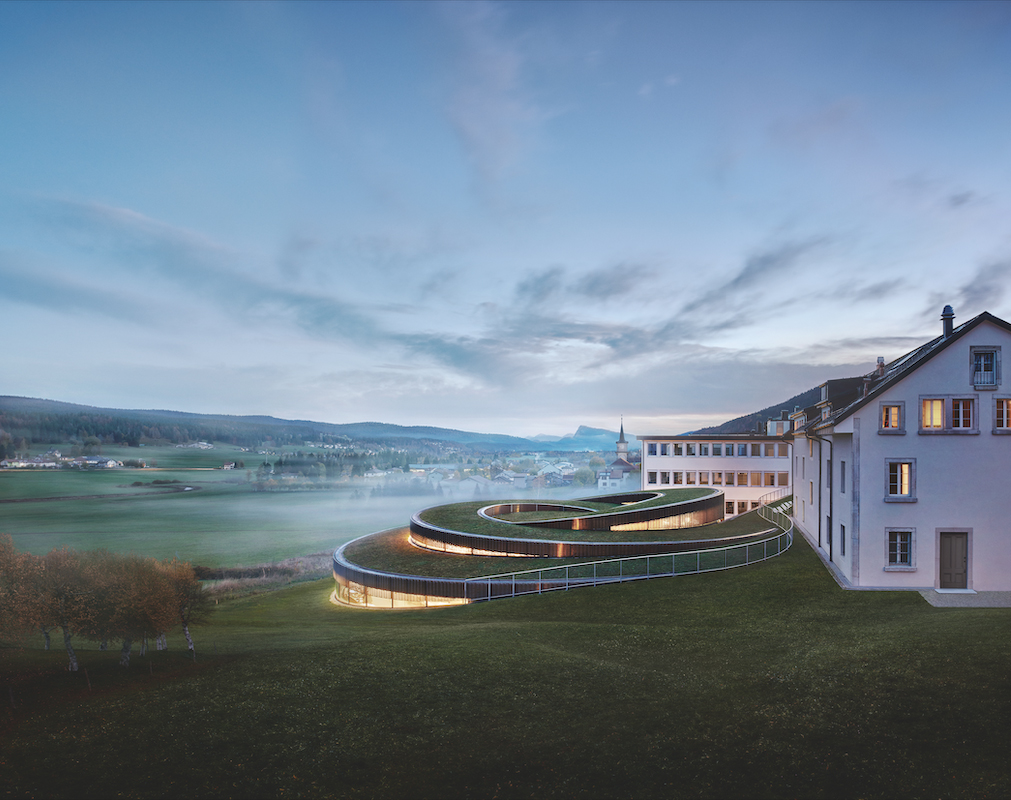 Audemars Piguet Plans to Open its Musée Atelier This June 2020

Audemars Piguet is about to open its glass doors of the brand’s spiral museum to the public this June.

Established as an extension to the Swiss watchmaker’s headquarters in Le Brassus near Le Chenit, the new watch museum located at the Vallée de Joux currently houses a collection that spans over two centuries and consists of more than 300 timepieces. Visitors will be able to take on a narrative journey through the world-renowned horologist’s 139-year history.

Musée Atelier Audemars Piguet’s recognisable spiralling glass pavilion design conceived by Danish architectural firm Bjarke Ingels Group (BIG) to complement the company’s oldest building where Jules Louis Audemars and Edward Auguste Piguet set their workshop in 1875. The two sloping spirals that coil around themselves like a watch spring is meant to symbolise the blend of tradition and forward-thinking at the heart of Audemars Piguet’s craftsmanship while honouring its deep-rooted origins.

“We wanted visitors to experience our heritage, savoir-faire, cultural origins and openness to the world in a building that would reflect both our rootedness and forward-thinking spirit, but, before all, we wanted to pay tribute to the watchmakers and craftspeople who have made what Audemars Piguet is today, generation after generation.”
Jasmine Audemars, Chairwoman of the Board of Directors of Audemars Piguet

To find out more about Audemars Piguet, visit audemarspiguet.com.