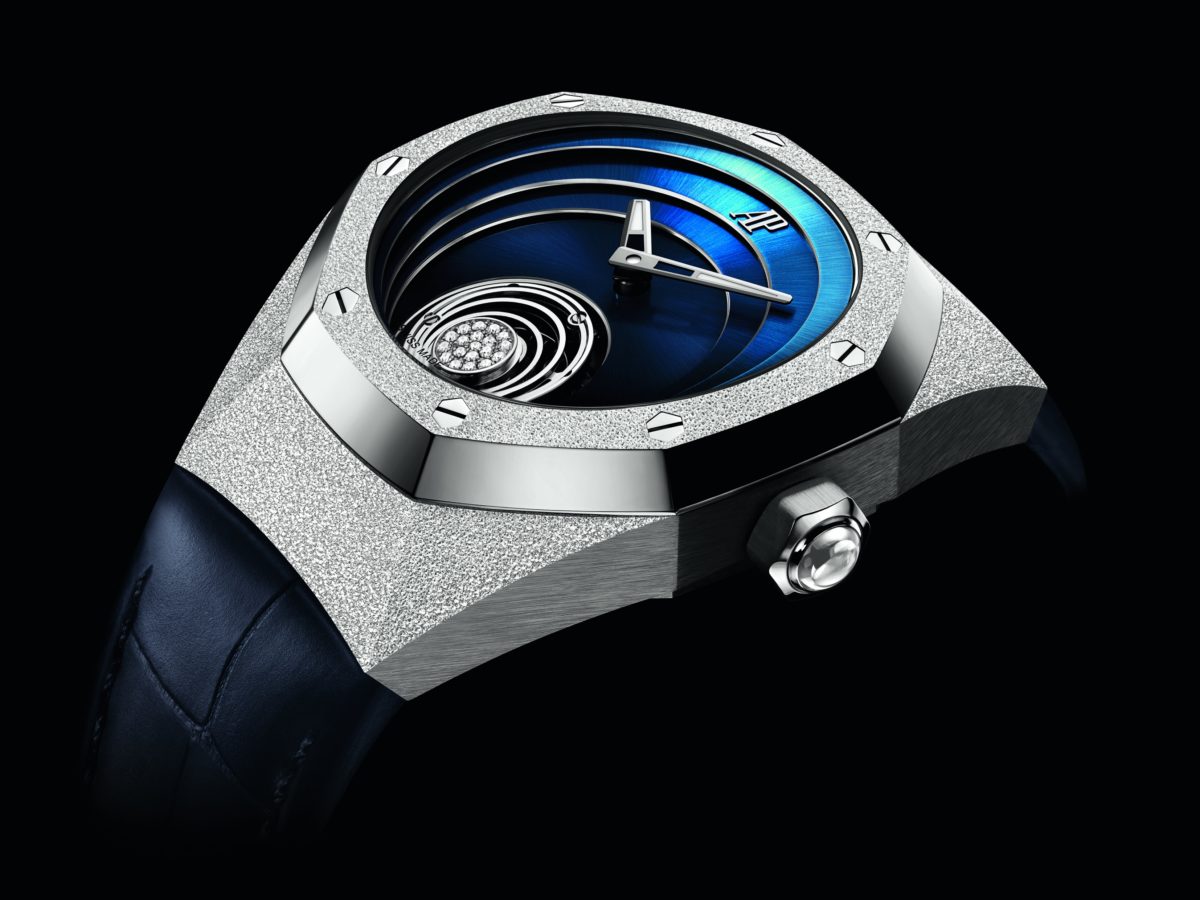 The maison’s new take on its women’s Royal Oak Concept Flying Tourbillon showcases the collection’s interweaving of refined feminine aesthetics and complicated micro-mechanics. For the first time, the Royal Oak Concept’s case is cast in Frosted Gold by employing an ancient Florentine jewellery technique revisited by jewellery designer, Carolina Bucci, who adapted it for the watches. Tiny indentations are created on the gold surface with a diamond-tipped tool, which impart it an incredible effect akin to diamond dust dazzling in sunlight. The shimmering case perfectly frames the multi-layered dial composed of four concentric circles in gradated shades of blue emanating from the flying tourbillon cage at 6 o’clock. Further accentuating the dial’s depth and refinement is the sunburst motif. The flying tourbillon cage also presents a modern design showcasing openworked circles in gold-tones, topped with an scintillating touch of brilliant-cut diamonds. The timepiece is devoid of hour-markers to enhance the purity of this contemporary design.

Combining tradition and modernity, the watch is powered by hand-wound manufacture calibre 2964. A high-end complication compensating for the effect of gravity on a watch, the flying tourbillon is considered one of the greatest expressions of watchmaking art today, with only a few elite watchmakers who possess the necessary skills to execute it. The movement’s circular motif – visible through the sapphire caseback – recalls the dial’s pattern, while the alternating sandblasting and satin-brushing echo the finishes of the Frosted Gold case and sunburst dial. Both models are adorned with a blue alligator strap with large square-scales for an elegant contrast. For a couture twist, the strap is complemented with a folding clasp cast in Frosted Gold as well.

To find out more, visit audemarspiguet.com.