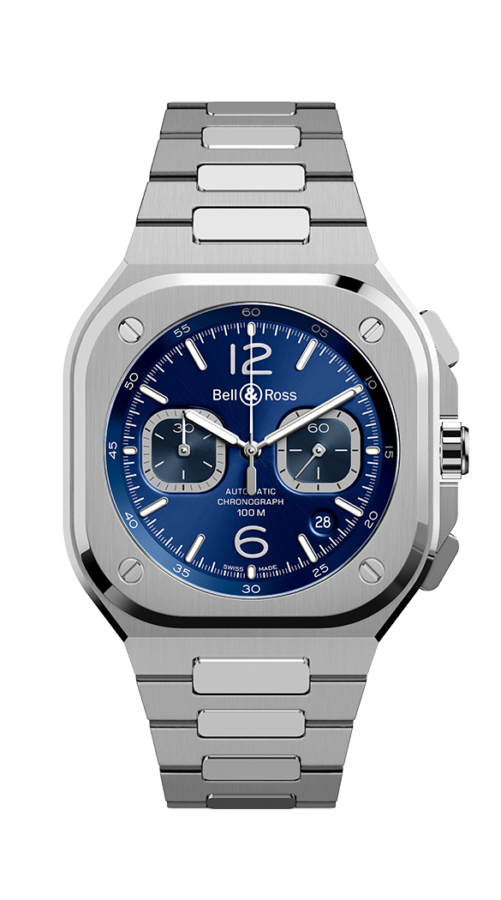 The New Bell & Ross 05 Chrono is a Jewel of Masculinity

Inspired by flight instruments, and designed for modern urban explorers, the new BR 05 chronograph movement timepiece from Bell & Ross is a perfect blend of style and technical complexity

Bell & Ross is a watchmaking brand that has built its prestigious reputation on watchwords such as legibility, functionality, reliability, and precision. All these iconic values are once again brought together in the new BR 05 model (REF. BR05C-BU-ST) which boasts a meticulously engineered chronograph movement – a mechanical complication perfectly adapted to the pace of today’s urban lifestyle. Originally created to measure and control short time periods, the chronograph function is a must for active, sporty types on a mission to master the fleeting nature of time. Of course, form and function are both hallmarks of a fine timepiece, and the BR 05 is a masterwork of watchmaking design. The lines of its 42mm case, which combine round and square geometric forms, make this chic accessory the latest jewel of masculinity from Bell & Ross. The watch’s carefully executed finishes are both sculptural and seductive, exuding both strength and elegance. Perfection also hides in the details, as evidenced by the perfectly flat satin-polished surfaces and the polished bevels which enhance the volumes they contain. 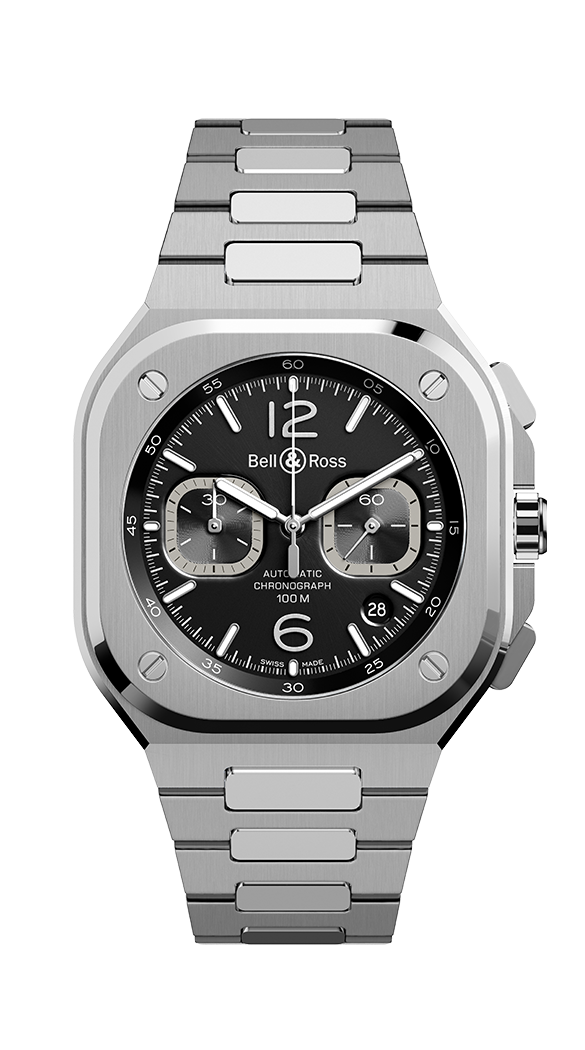 The new BR 05 also features a sleek integrated bracelet, with the angle of the attachment carefully designed to follow the contours of the wrist. “The case and bracelet form one unit,” explains Bruno Belamich, the brand’s Creative Director. “This type of design harks back to a category of watches which appeared in the 1970s. And when infused with Bell & Ross’ signature identity, the resulting graphic style is both striking and modern.” But the bracelet isn’t the only option to choose from. The BR 05 chronograph is also available with an equally appealing navy blue or jet black rubber strap, clasped by a satin-polished steel buckle, which combine to give the timepiece a slightly more rugged, urban look. 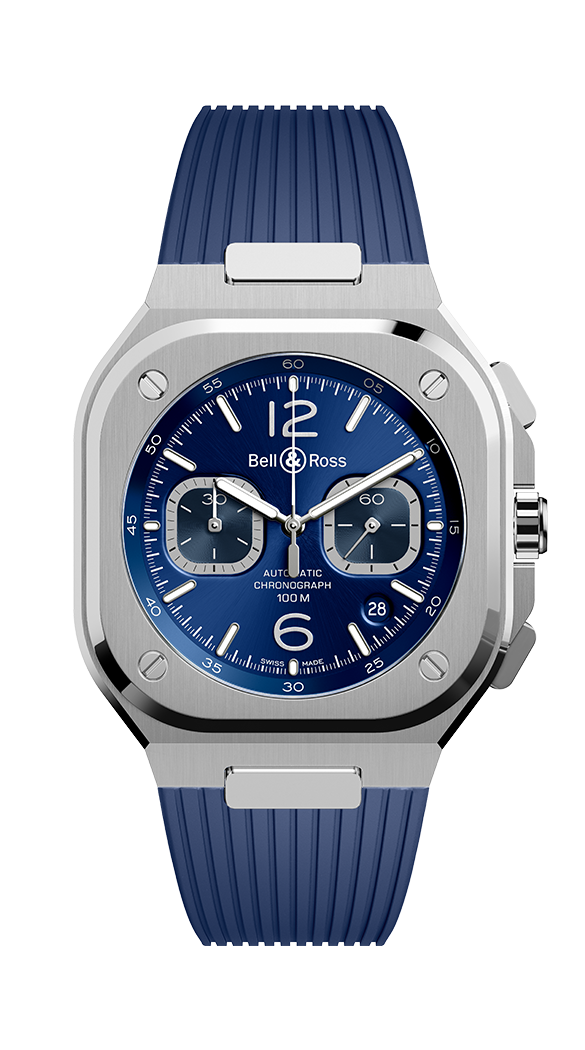 Another signature of its character is the magnificent watchface itself, which ensures optimal legibility, night or day. The eye-catching blue sunray dial comes with Super-LumiNova-filled applique numerals and indices, and metal skeletonised Super-LumiNova-filled hour and minute hands. The shape of its two snailed counters – the chronograph minute counter at 9 o’clock and the small seconds at 3 o’clock – gives the BR 05 a stylish, neo-retro look, but in no way diminishes its modernity. As for the movement, it’s an automatic mechanical Calibre BR-CAL.301, while the crystal is sapphire with an anti-reflective coating. Add to all that a screwdown crown, sapphire case-back, and water-resistance of up to 100 metres, and you’ve got yourself a watch as rugged as the man who wears it.

To find out more about Bell & Ross, visit cortinawatch.com.

Sign up to get the latest luxury and lifestyle news delivered to your inbox.
watches cortina watch Bell & Ross
Bruce Scott

Latest watch news you need to know, from Omega to Rado and more