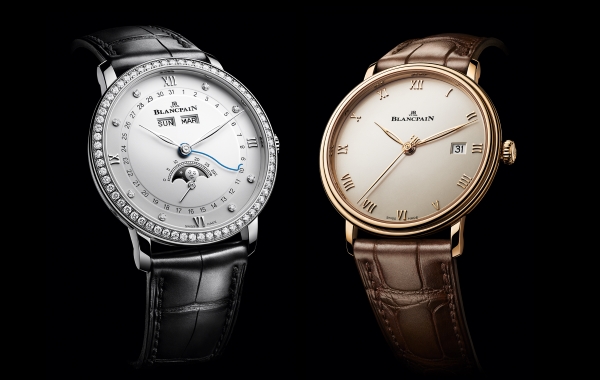 We take a look at the latest models to join the Blancpain Villeret line, including the new Villeret Ultraplate, and the Villeret Quantième Complet timepieces.

When it comes to Blancpain timepieces, most of the attention goes to the Fifty Fathoms, but those who know, love the Villeret collection for its hidden gems — a goldmine of exciting functions and innovations. Characterised by pure lines, and a timeless elegance that makes for rather handsome timepieces, the line has managed to maintain its enduring modernity, while preserving the key aesthetic codes that define it. That doesn’t mean, of course, that Blancpain would skim on any developments — the timekeeper has always made it a point to continuously bring out new, albeit subtle, reinterpretations. This time, the Manufacture has unveiled two new members of the Villeret family — the new Villeret Ultraplate, and the Villeret Quantième Complet timepieces. Here’s our quick take on what’s in store. 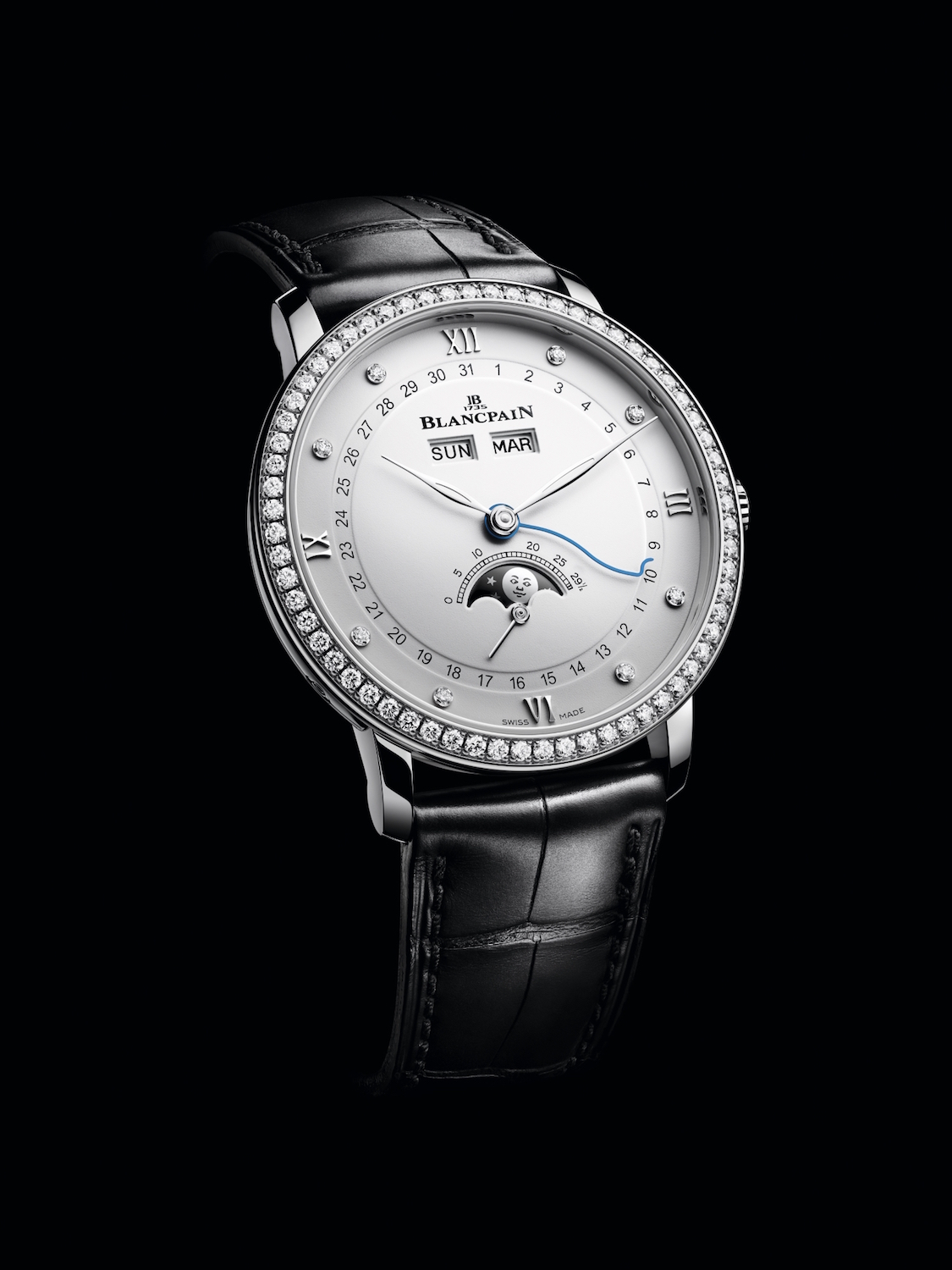 Designed to, as Blancpain puts it, be “resolutely in tune with the times”, this particular timepiece shows the Manufacture revisiting a great, iconic classic — in the form of a Villeret Ultraplate 38mm watch with date display. True to its name, the watch is ultra-slim, offering a contemporary twist on the collection’s signature design codes.

Framed by a steel or red gold case, 28 gold appliques are scrupulously affixed by hand to form Roman numerals, enhancing the dial — which comes in either luminous white or opaline. The hour and minute hands take on the form of hollowed sage leaves, while a slender hand that bears the initials of the founder — Jehan-Jacques Blancpain — marks the second count. The date display rests elegantly at 3 o’clock, in the form of an aperture designed for optimal visibility. Simplicity reigns supreme here, and the Villeret Ultraplate truly pays homage to the collection itself, whose appeal lies in its faithful reflection of what traditional watchmaking is all about. A graceful blend of slimness and minimal design styles, the new Villeret Ultraplate is available with an alligator strap in black for the steel version, in brown for the red gold version, and also a refined mille mailles bracelet in steel or gold respectively. 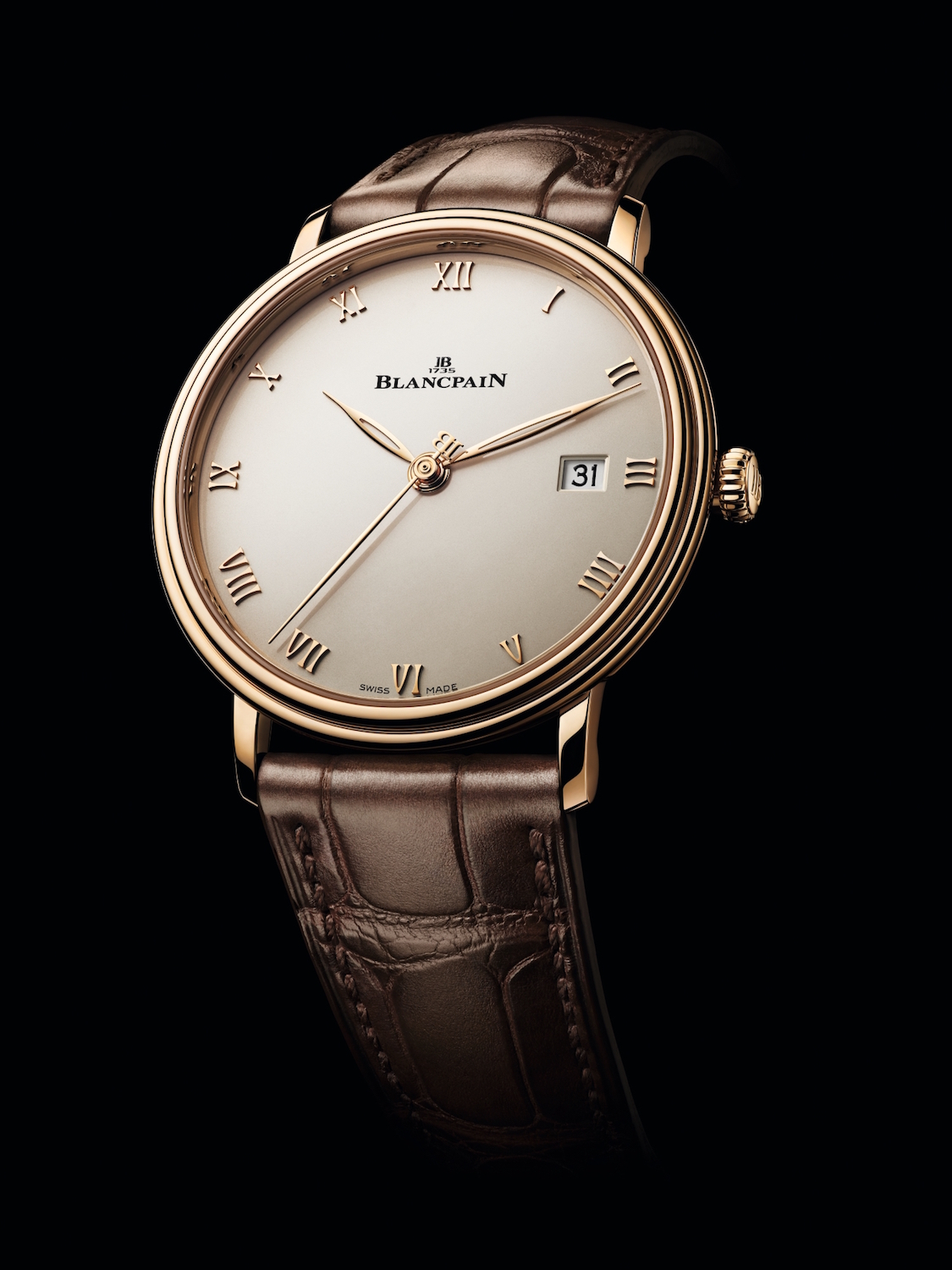 The 38 mm Quantième Complet gets a new reinterpretation this year, as Blancpain unveils new timepieces with moon phases. Avid Blancpain collectors will know that the complete calendar is among the Manufacturer’s flagship complications — one that is usually combined with a moon phase. For the new 38mm Villeret Quantième Complet, the watchmaker pays homage to the heritage of mechanical watchmaking, taking a contemporary turn for the collection. A closer look at the dial we see subtly reworked slender hour-markers, and hands in the form of sage leaves. The existing moon phase has been given a new look for clarity of reading, while maintaining a pure stylistic feel that embodies the Villeret design roots.

A delicately rounded, double-stepped bezel gives the new model its character, along with a notably sleek profile. The wide sapphire crystal case-back offers wearers a peek into the high-end finishing of the stunning, self-winding 6763 caliber — a movement that has been entirely produced by the Manufacture, and offers a four-day power reserve, along with a silicon balance-spring. The new Villeret Quantième Complet model is available in steel with a white dial, and in red gold with an opaline dial. Hour-markers in gold and the hands match the hues of the case colour for a nice little touch, which each timepiece is also available in a gem-set version.

To find out more about the new Blancpain models, visit blancpain.com/en.

Sign up to get the latest luxury and lifestyle news delivered to your inbox.
watches Blancpain Luxury Watches Villeret Collection
Mary Losmithgul
The online content creator for Prestige Thailand, Mary handles the magazine's digital platforms. She enjoys black coffee, astro charts and listening to entire albums in one go. When not engrossed in a novel or having brunch, catch her on the hunt for new restaurants and the city's latest happenings.
Society events travel property watches drinks

5 Revived Vintage Watches You Need on Your Wrist