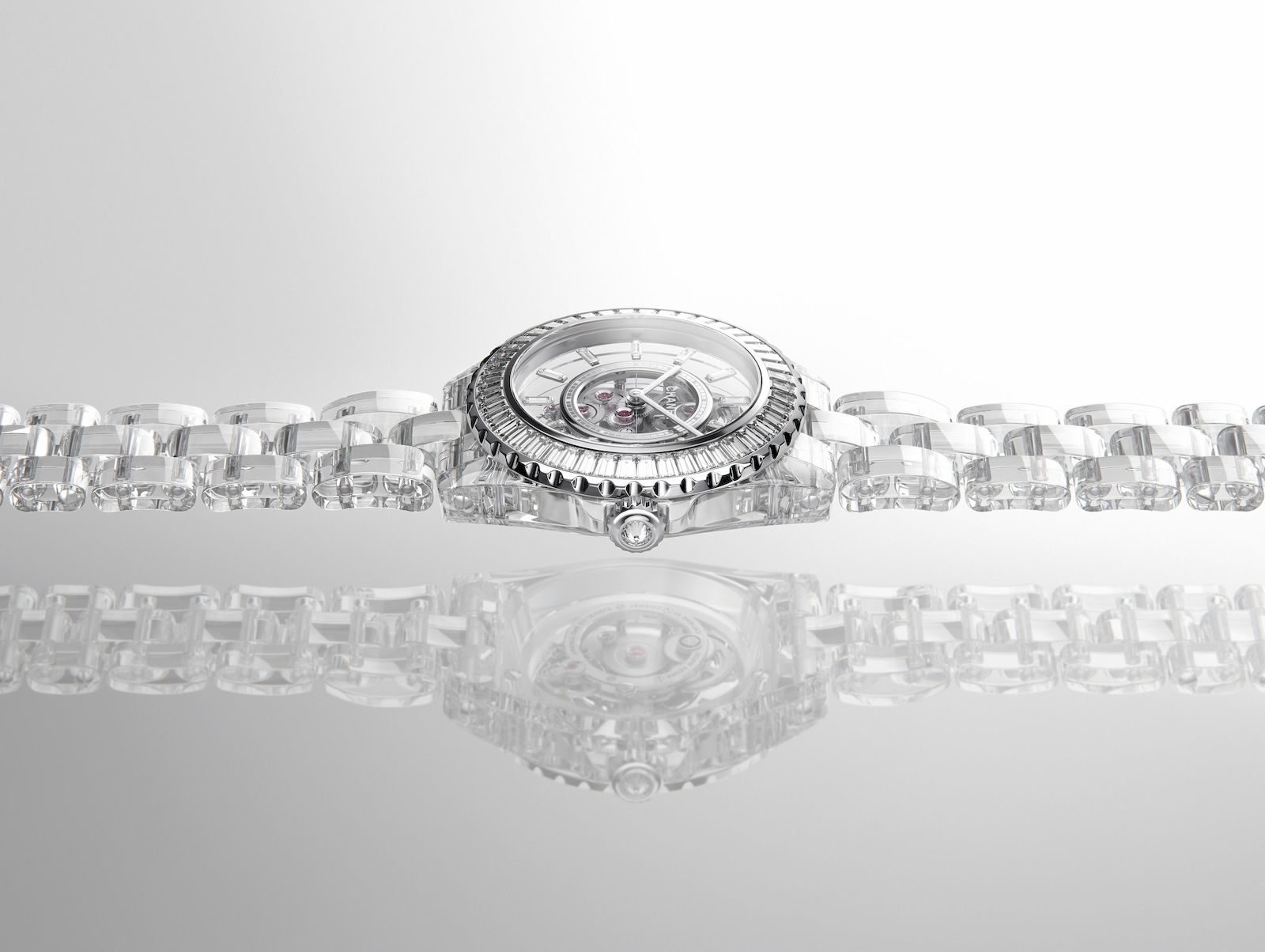 When it debuted two decades ago in year 2000, the Chanel J12 watch made the world of haute horology sit up and notice. By using black ceramic, one of the most difficult materials to work with, it revolutionised the concept of watchmaking. Four times harder than steel, ceramic is also notoriously brittle and delicate when put to a machine. But Chanel conquered the obstacles and came up with a timepiece that was stylish and functional.

In 2003, the French luxury brand released another version of the J12 in white ceramic and it has not looked back since.

Besides breaking grounds with the use of ceramic, the J12 also defied gender norms — the design is neither masculine nor feminine but uniquely unisex, robust and versatile.

To mark the 20th anniversary of the J12, Chanel has once again surpassed the expectations of watch enthusiasts by releasing the Chanel J12 X-Ray.

This time it eschews the monochromatic colour codes and goes completely bare using transparent sapphire on its case that cleverly displays the Caliber 3.1, a new movement designed and assembled by the Chanel Manufacture in Switzerland.

Almost the entire watch is made of transparent sapphire — the plate, timer bridge and cog bridge. What this means is, you get an elegant creation that “fades away to let the light in, revealing a delicately embroidered latticework of cogs,” according to the official release. The assembly of the movement takes a week because the components are rendered only in a depth that is between 0.5mm and 1mm.

The J12 X-Ray is also decorated with12 baguette-cut diamonds on all the hour markers, lending an illusion that the 12 stones are floating in mid-air. There’s more. The bezel is paved with 46 baguette-cut diamonds that weigh a jaw-dropping 5.46 carats, with the links of the J12 X-Ray’s bracelet cut from raw sapphires, exposing the metal hinges that hold them together — a first in the history of watchmaking.

Only 12 pieces are available worldwide.

If you’re hard-pressed to choose between the black and white J12, fret not. The new J12 Paradoxe cleverly cut and fused two ceramic cases (in different dimensions) and assembled them as one casing. One part of the dial is made from white ceramic while the other part is black. Using the tampography technique, “the ring of the bezel is initially coloured black, then white, rendering it in two-tone. The black must be restrained, erased to create the perfect alignment with the convergence line of the white ceramic bracelet.”

The result? A stark and dramatic contrast that is the J12 Paradoxe.

Only 20 pieces are available worldwide.