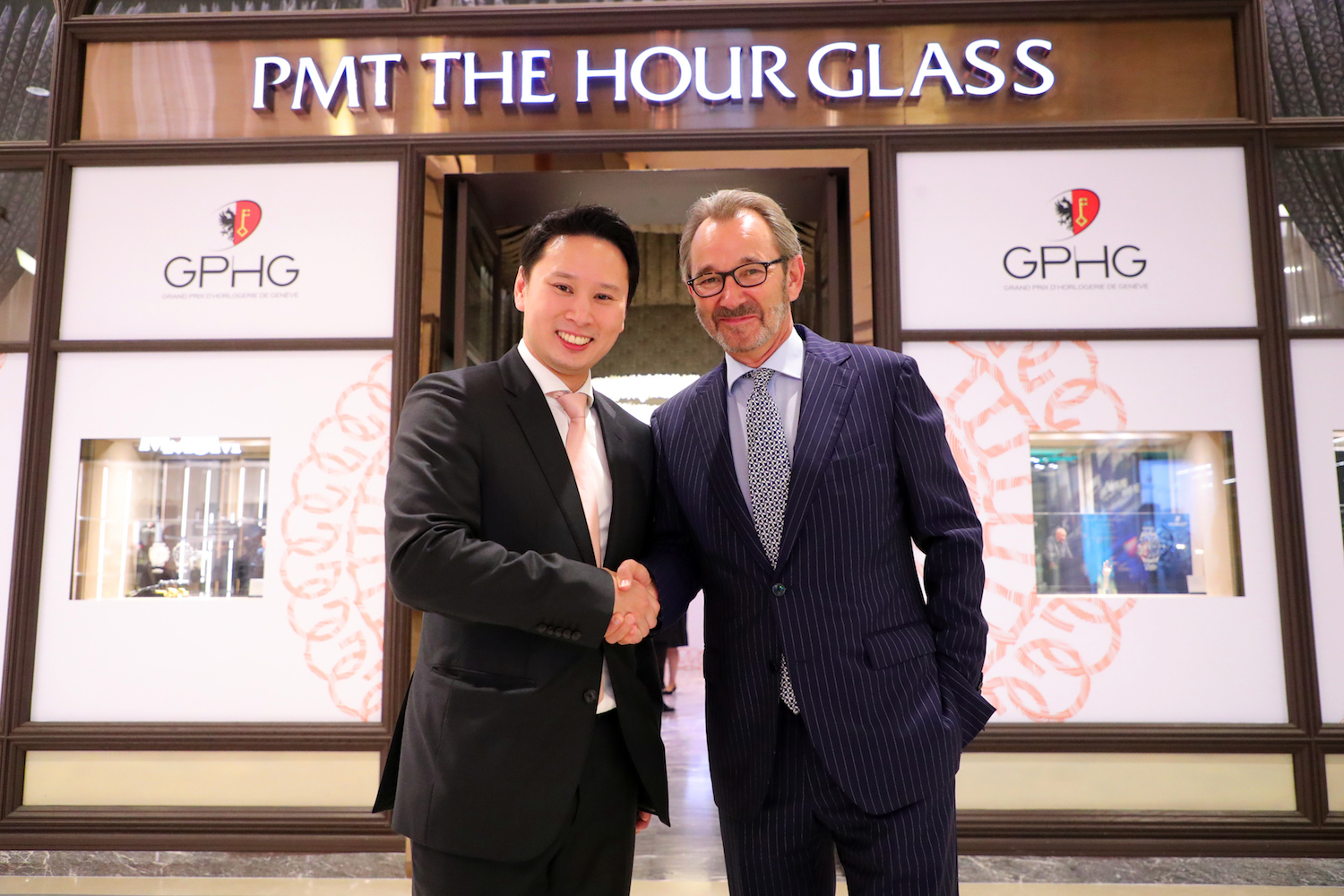 Conversations: Q&A with Raymond Loretan of The Foundation of the Grand Prix d’Horlogerie de Geneve

Style
Conversations: Q&A with Raymond Loretan of The Foundation of the Grand Prix d’Horlogerie de Geneve
Share
Next article

Since its establishment in 2001, the Foundation of the Grand Prix d’Horlogerie de Geneve (GPHG) has been playing a critical role in promoting Swiss watchmaking and Swiss values around the world. The annual event Grand Prix d’Horlogerie de Geneve, held with an aim to salute the excellence of worldwide horological production and creation and known as the Oscars of the watchmaking industry – is a testament of the GPHG’s commitment to its goal.

This year, 84 pre-selected watches will be exhibited on four continents, and Thailand is one of the countries included on this world tour. Presiding over the showcase is none other than Raymond Loretan, the new President of the Foundation who, since assuming office in January 2018, continues developing this institution on both national and international levels and to impart fresh momentum while guaranteeing the strict independence and neutrality of the Grand Prix.

The former diplomat sits down with Prestige to talks about his role in promoting the Swiss values and cultures through the art of watchmaking.

Your background is in diplomacy, law and media – you’ve served as the Swiss Ambassador to both Brunei and Singapore. Is watchmaking a craft that you have always been passionate about?

My passion is promoting the Swiss values and watchmaking represents the values that resonate with those of Switzerland’s. These values include precision, reliability, neutrality, universality, innovation and creativity. Watchmaking is a craft that represents different elements of the Swiss culture. The value that is closest to me is Switzerland’s humanitarian tradition, it is what we stand for, even though we are famous for chocolate. Geneva and all its humanitarian contribution is something I want to promote internationally through the Foundation and also through other activities.

What led you to this position at the Foundation?

I got this role at the foundation through my predecessor Carlo Lamprecht who was a dear friend of mine. He was one of the governors of Geneva. He asked me to take over. Why, I’m not so sure, but if I had to guess it must be because I am a former ambassador so my job was always to promote not only the country but the culture values and economy of Switzerland. My role here in the foundation is exactly this also.

Since joining the foundation in January of last year, the board of the foundation has expressed deep gratitude for all that you’ve accomplished in your role in a short period, what are some of the changes that you’ve initiated both in Switzerland and worldwide that you’re most proud of?

I believe we have put a new dynamic and developed a new vision of the Grand Prix. This new vision includes the opening of the Grand Prix Academy next year. We have been working on it for the last two years. The academy is going to be worldwide. We want to be recognized as the Oscar for watches, which we are already. The academy is going to recruit 400-500 candidates throughout the world and each person will be involved in the selection process of the Grand Prix. We are changing the paradigm of the Grand Prix because up until now, brands had to register to compete but now they will be selected by all of our representatives. These new recruits will not only be the ones to handpick competitors for the Grand Prix awards but they will also be brand ambassadors of the foundation all over the world.

What trends do you expect to see in watchmaking this coming year?

There is a fierce competition in the watch business. What I can see and have observed is the rise in innovation. Specifically, the bridge between tradition and technology. I’m expecting us to integrate more technology into watch-making and even augmented intelligence, similar to the Tesla model.

We need to remain up to date with the world trends. When you look at a watch, beyond being a mere object, it represents tradition. The strength of the watch is its ability to bridge the past and the future while being in the present moment. Carpe Diem! This is why watches will always have a future and it is why the watch industry is timelessly successful.

How significant is Thailand as a market for luxury watches?

I found in my 26 hours here in Bangkok that there is very keen interest in watches here in Thailand. For the Foundation to determine the locations where we travel to there are two main elements. First, we need to identify a market where there are many people interested in watches, and then we need hospitable partners to make it all happen. PMT Hour Glass, our very supportive partner here in Bangkok, have been extremely welcoming and generous to us. Asia and specifically Thailand we see as a major market for the watch industry, we have in the past neglected Thailand for far too long. We hope to come back again if we find a partner for next year and coming years.

To find out more about the Foundation of the Grand Prix d’Horlogerie de Geneve (GPHG), visit gphg.org.

Ing frequently plans her travels around food and friends. After spending her formative years in New England, USA, she lived in Spain, France and Germany before pursuing her Masters Degree in Management in Italy and Australia. When she’s not devouring books, you can find her at the spa or at the gym perpetually recovering from a food coma. She has a passion for real estate and hopes to one day have a portfolio with properties in every country she has ever lived in.