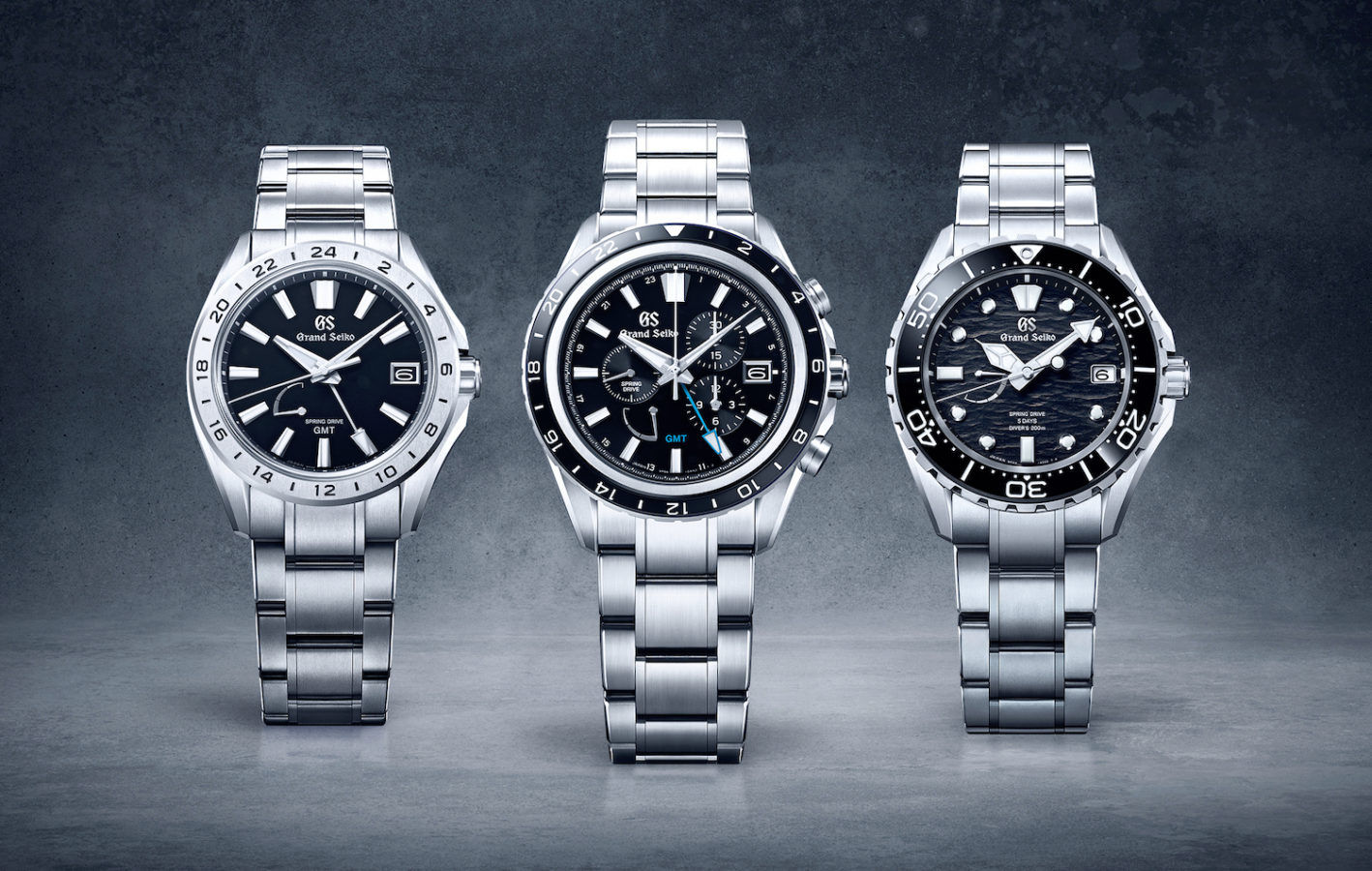 Representing the future of Grand Seiko, the timekeeper’s new Evolution 9 Collection Spring Drive watches have expanded into sport. Here’s what we know.

Since the early days of Grand Seiko’s Evolution 9 Collection — one of the first timepieces being the Hi-Beat 26000 80 hours, which watch aficionados may recognise as winner of the Men’s Watch prize at the 2021 Grand Prix d’Horlogerie de Genève — the line has been regarded as a symbol of the timekeeper’s future.

Marking yet another bold step for Grand Seiko, the brand has recently unveiled five new iterations of the Evolution 9 watches. Most exciting is the expansion into sport, as the five designs come in the form of Spring Drive sport watches — two with a GMT caliber, two GMT chronographs, and finally a 200m diver’s watch.

Design-wise, the new timepieces feature wider lugs and robust bracelets, nodding to the brands’ move towards the strong and sporty. Both the cases and bracelets have been especially created with a low centre of gravity, allowing each watch to rest comfortably and securely against the wrist. Keen eyes will spot that a new font has been developed just for the collection, resulting in numerals that read with striking clarity, while watch hands have been given a bolder design that stands out against the rest of the watchface.

True to Grand Seiko, technology and innovation continues to play a key role behind each timepiece design. High-intensity titanium is used on the cases and bracelets, for a result that is 30% lighter, yet brighter than stainless steel. Lumibrite can be found on the hands and indexes, glowing in the dark come nightfall. As an added bit of functionality, the crown guard has also been especially created to not get caught up in the sleeves during sports — a detailed feature avid athletes will no doubt appreciate.

Of course, much of Grand Seiko’s signature features still remain, including the silent, tick-less second hand movement on the two Spring Drives. Drawing inspiration from nature, one of the two Spring Drive GMT watches features a light grey dial, upon which an intricate texture has been placed, reminiscent of morning mists during the Shinshu winter.

The two chronographs, on the other hand, put performance at the forefront. One features a blue dial, while the other a black one, and both have been especially adjusted to achieve enhanced accuracy rates of 10 and 15 seconds per month respectively. Alongside a rotating bezel, the timepieces also come with the option of displaying a third time zone.

The final iteration in this new line-up is a 200m diver’s watch, which features a deep, black-hued dial and richly textured surface that draws inspiration from the powerful Kuroshio Current — more commonly known as the Black Stream. Inside, the watch beats to the Spring Drive Caliber 9RA5, and features an accuracy rate of 10 seconds per month, as well as a 5-day power reserve.

All images courtesy of Grand Seiko.