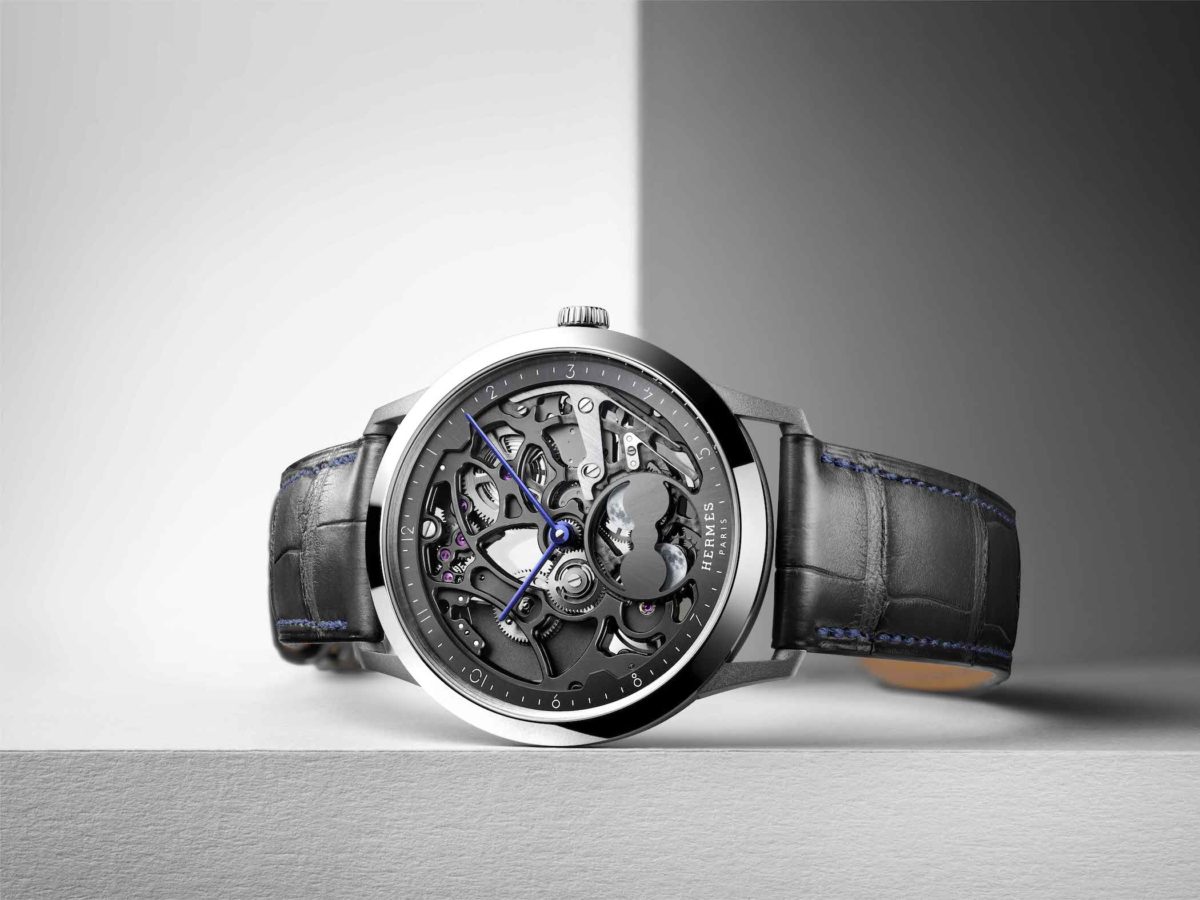 Hermès knows elegance and detail, so much so that its very first in-house skeleton dial is already a masterclass in both.

The Slim d’Hermès Squelette Lune is the latest addition to a collection that’s already become a favourite amongst watch collectors for its distinctive typeface, slender profile, and tapering lugs. While the brand has been known for its dial work, it’s also had to outsource its more complex designs to specialists, who’ve worked on previous skeletonised models like the Arceau Squelette in 2010.

This time, however, the Maison is keeping the Slim d’Hermès Squelette Lune strictly within the family by taking on its intricate skeletonised dial itself. Crafted at its watchmaking headquarters, Les Ateliers d’Hermès Horloger in Les Noirmont, Switzerland, the dial is crafted in ultra-lightweight black titanium, with matte and glossy finishes that catch the light at all the right places for optimum showmanship.

Stripping a dial down to its skeleton can often have the reverse effect of making it look busier, but the skilled designers here have managed to bare just enough for it to be clean and sophisticated. The highly detailed moon disks from the Arceau L’Heure De La Lune watches are retained here, only this time made smaller to fit the beautifully presented moonphase complication below. Set against a mechanical backdrop comprising titanium, platinum, and white gold, the photorealistic moon appears to be even more intriguing and mysterious. Inside, a new caliber — the H953 — powers this mesmerising double moonphase dance. Whilst the architecture of the dial was done in-house, the ultra-thin movement was obtained from Vaucher Manufacture Fleurier (of which Hermès owns 25% of) instead, and it’s being used for the first time in the Squelette Lune line.

With a colour palette comprising greys, blacks, and polished steel surfaces, it’s easy to see how this 39.5mm timepiece will find itself on the wrists of those with an eye for style and fine watchmaking.

The Slim d’Hermès Squelette Lune will retail at US$20,550 (approx. S$27,650), and will be matched with an alligator leather strap crafted by artisans in the Hermès Horloger workshops with the same savoir-faire as the rest of its leather goods.