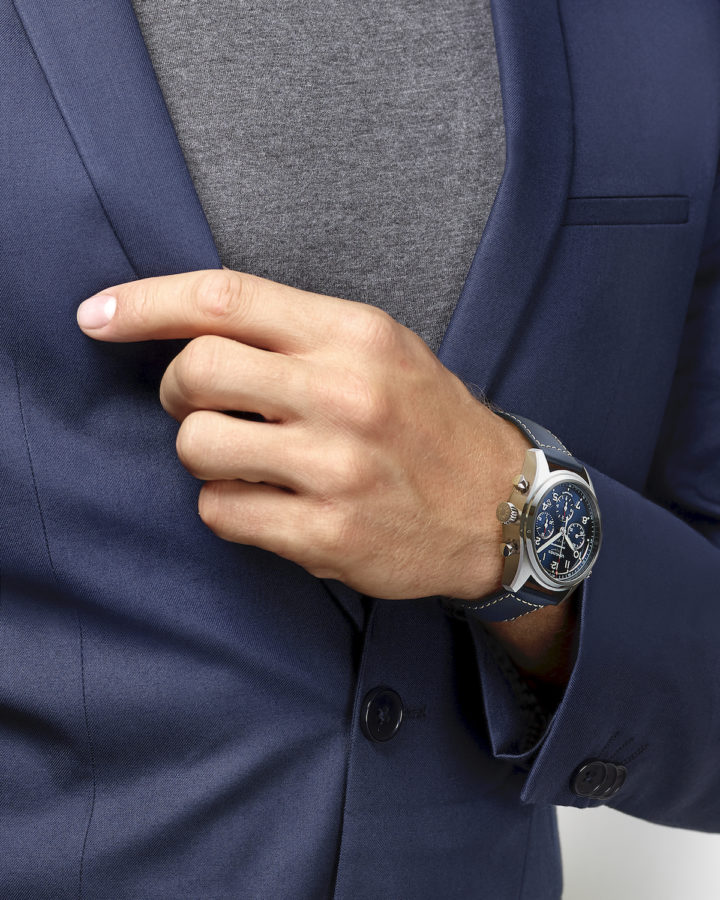 Longines has long been known for conquering the air, land, and sea. Keeping with their reputation for supporting legendary explorers, the brand unveils its new Longines Spirit Collection, celebrating three exceptional individuals.

Best known for its aviator watches, there is something about Longines’ accuracy and robustness that’s garnered it a pretty long-standing reputation as a brand you can rely on. With a tough precision that’s guided avid adventurers over the years, Longines continues to pay tribute to exceptional men and women, with the unveil of The Longines Spirit collection.

A collection of new timepiece models, each watch in the Longines Spirit collection not only celebrates the brand’s rich heritage and flair for innovation, but also the numerous explorers and aviators who have placed their trust in Longines: represented by Amelia Earhart, Paul-Emile Victor, Elinor Smith, and Howard Hughes. Blending Longines’ penchant for handsome, classically-styled pilot’s watches with contemporary lines and design codes, the watches come in three hand/calendar models, fitted exclusively with self-winding movements and silicon hairsprings for extreme accuracy. Dials come at 40mm and 42mm, and are available in matt black, grained silver, or sunray blue — all stamped with five applied stars, as a signifier of improved quality and reliability. Buyers also get to choose between either a steel bracelet, or a leather strap that comes in dark brown, light brown, or blue. There’s even a ‘Prestige’ edition, which comes with three interchangeable straps that include steel, leather, and a special NATO version in brown leather. 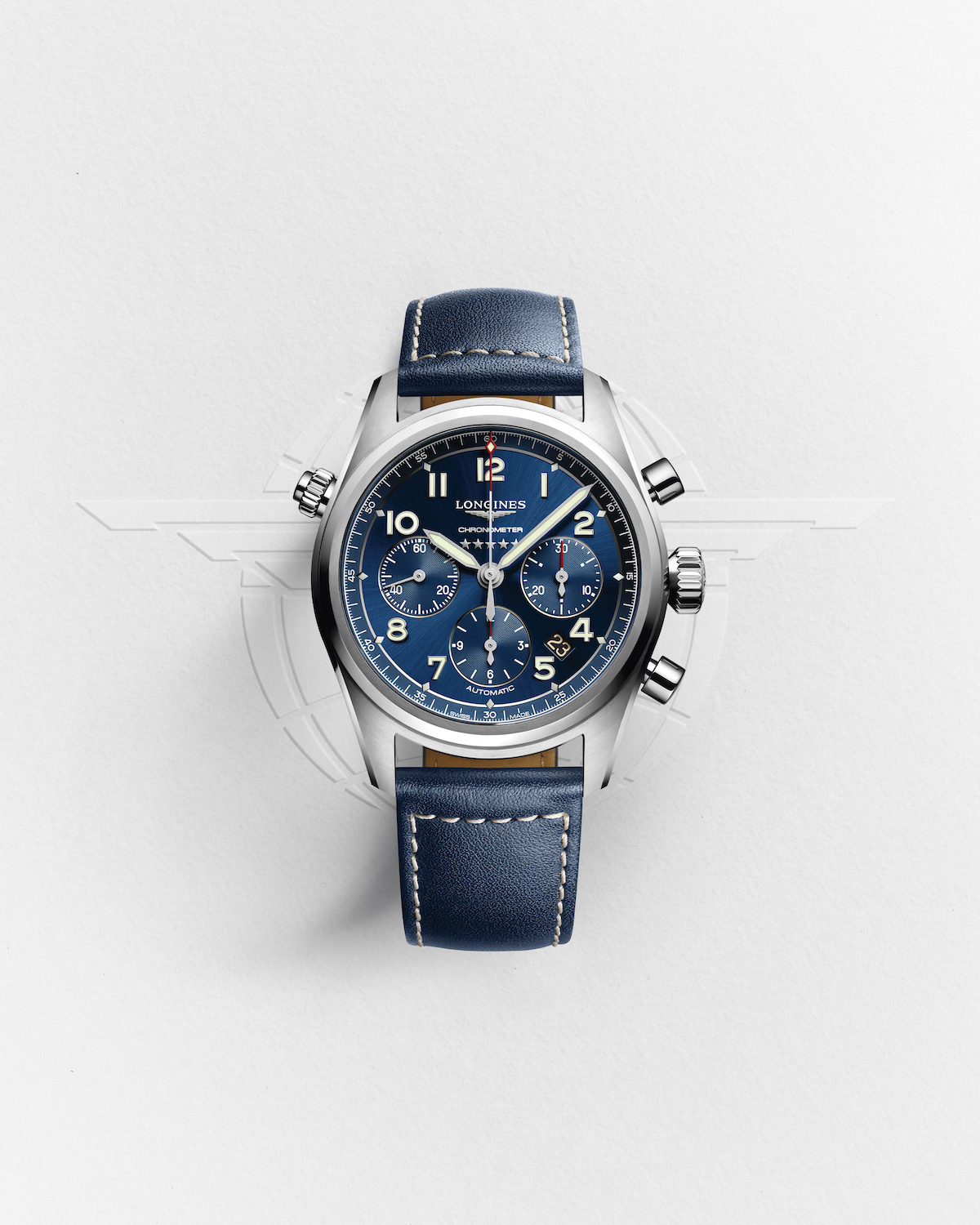 “I have often said that the lure of flying is the lure of beauty.“
Amelia Earhart, aviator It took Amelia Earthart 14 hours and 56 minutes to fly solo, non-stop across the great Atlantic back in 1932. With her Longines chronograph on her wrist, she succeeded in braving icy winds and mechanical failures, and is known today as the first woman to connect the continents. Let’s not forget, too, she was also the first woman to ever fly over the Atlantic, as a co-pilot on a trip back in 1928.

“The only thing we are sure to fail is that which we do not attempt.“
Paul-Emile Victor, explorer 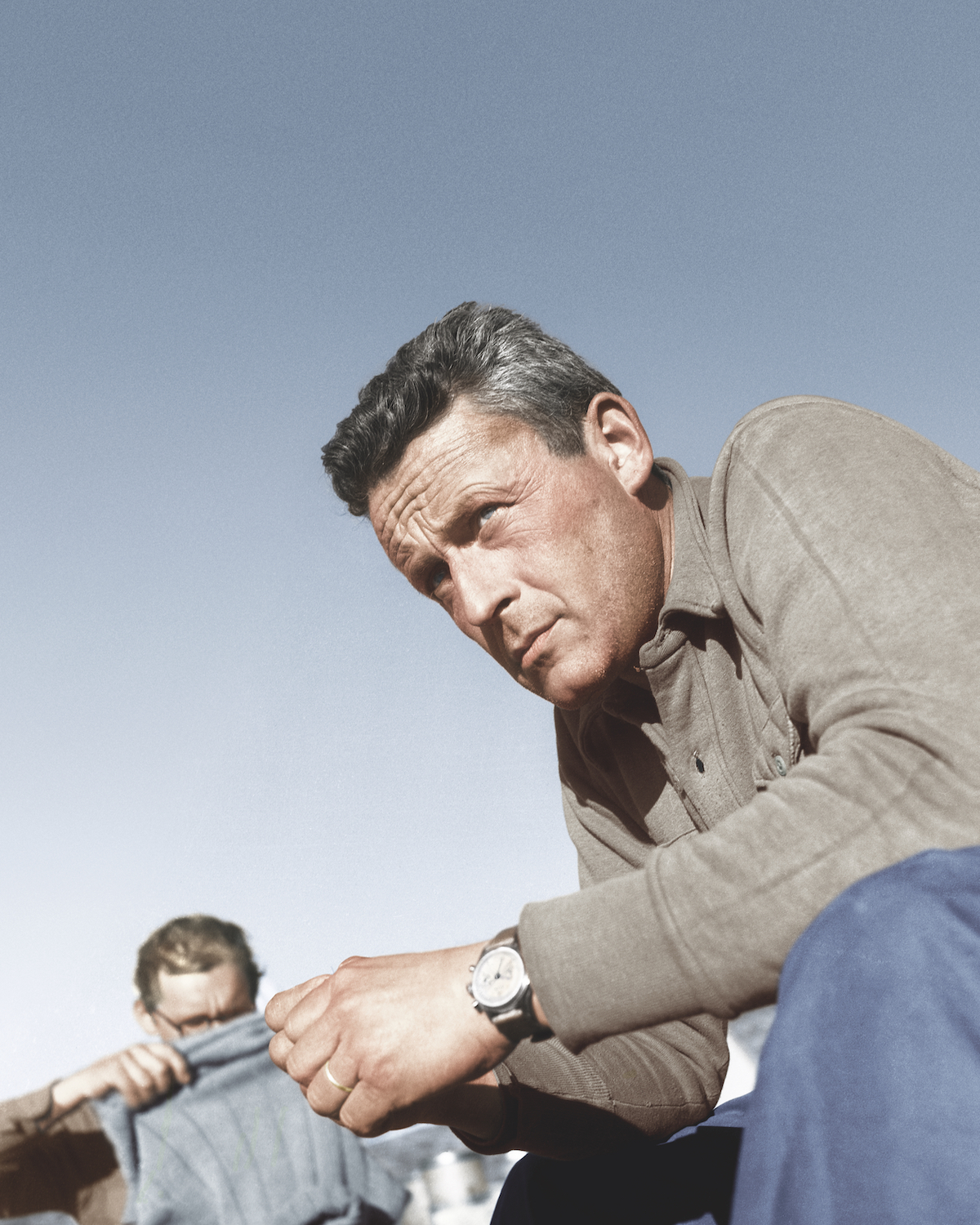 Having spent two months exploring the Greenland ice desert back in 1936, Paul-Emile Victor’s Longines chronometers continued to work accurately, even at -40°C for 60 days. “These watches made the difference between failure and success,” he said later, as his timepiece continued to help him calculate longitude, despite the harsh weather conditions. Since then, Victor devoted his whole life to polar expeditions.

“Children must be allowed to dream and have a horizon to work toward. For me there was only one path: I knew from age six that I wanted to fly.“
Elinor Smith, aviator 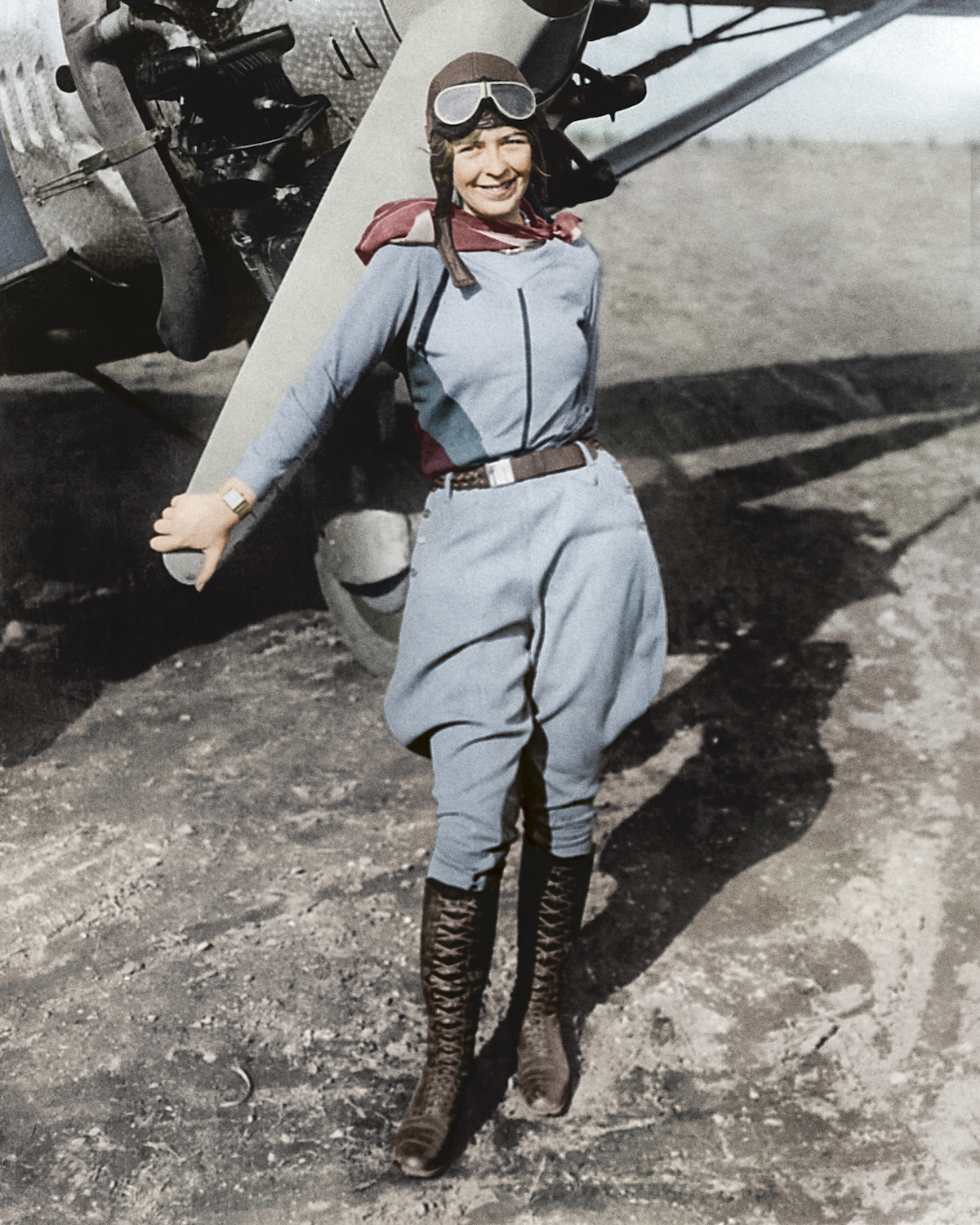 American aviator Elinor Smith blacked out,  flying at 30,000 feet in 1931. She was about to break a record, when her plane suddenly dropped towards the ground. Thankfully, Smith woke up at the last minute, and managed to maneuver into a safe landing at the last minute. Ten years later, she managed to go even higher, setting a new record at 32,576 feet — and of course, she was relying on her trusted Longines watch.

“Do the impossible, because almost everyone has told me my ideas are merely fantasies.“
Howard Hughes, pilot and entrepreneur When Howard Hughes set his round-the-world flight record in 1938, he was timed by Longines. Famous for twin passions — aviation and film — Hughes is arguably the best-known user of the Longines Sidérograph, an on-board device for celestial navigation that Longines patented back in the day. Not only that, but the crew in his aircraft also heavily relied on Longines chronometer watches, and wore Longines Second-Setting watches for observing.

Sign up to get the latest luxury and lifestyle news delivered to your inbox.
watches Longines Luxury Watches Longines Spirit Collection
Mary Losmithgul
The online content creator for Prestige Thailand, Mary handles the magazine's digital platforms. She enjoys black coffee, astro charts and listening to entire albums in one go. When not engrossed in a novel or having brunch, catch her on the hunt for new restaurants and the city's latest happenings.
Society events travel property watches drinks

Latest watch news you need to know, from Omega to Rado and more