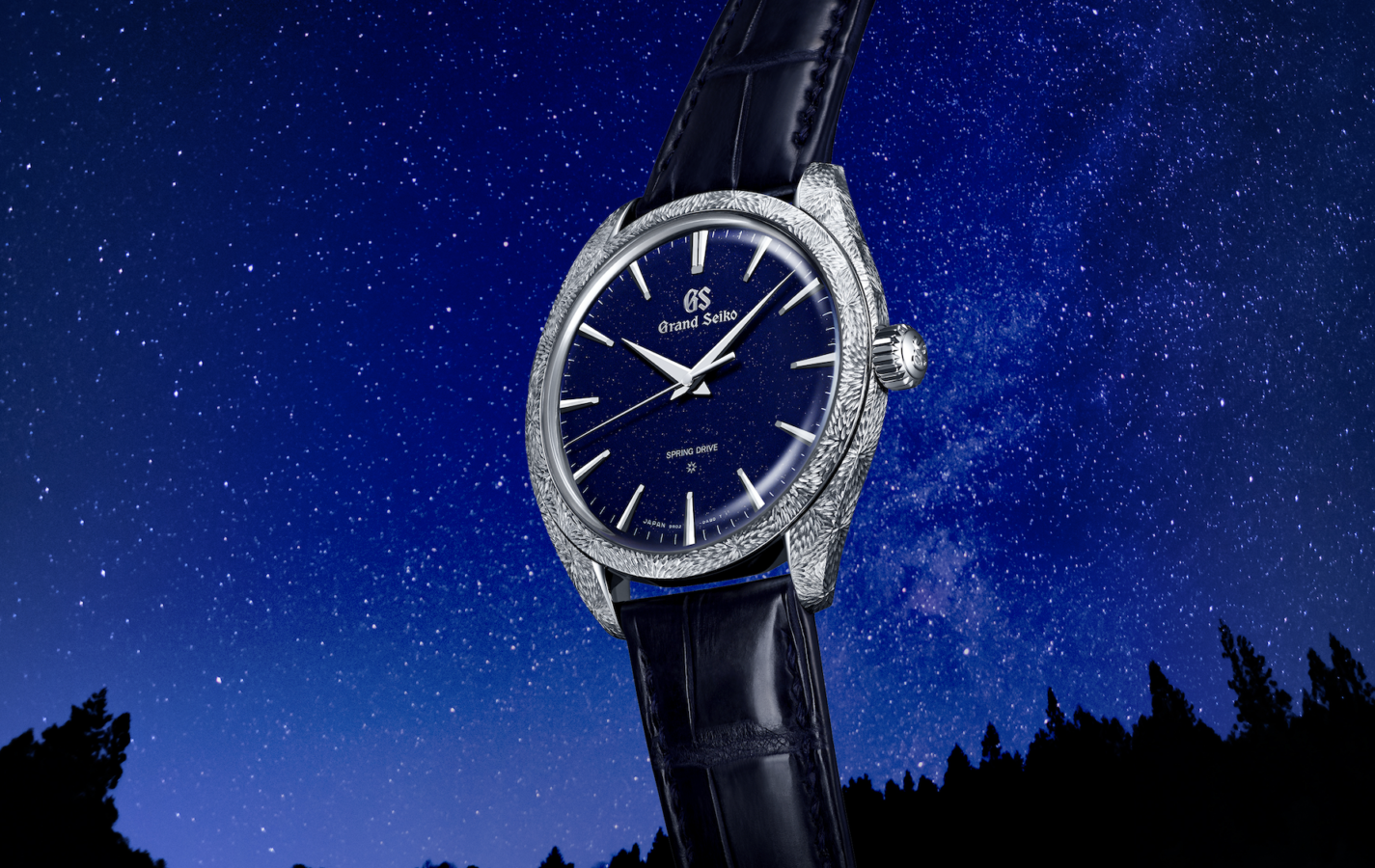 Celebrating the 140th anniversary since the company was founded, Grand Seiko has released a new Spring Drive masterpiece: the SBGZ007. Similar to other unique models in the Grand Seiko Masterpiece Collection, the SBGZ007 combine horological technology with unrivalled craftsmanship from the Micro Artist Studio—a studio of luxury watchmakers comprising 20 watch experts at Grand Seiko’s manufacturing ground in Shiojiri.

Only available as a limited edition of 50 at the Grand Seiko Boutiques, the SBGZ007 captures the serene sensibility and superb quality of Japanese luxury watches with an ornate dial that looks like the night sky above the Achi village. The star-speckled dial is accentuated by the deep blue shade achieved through special finishing techniques that combine stamping, plating and painting to give the dial a remarkable depth.

Framing the timepiece’s 9.8mm slim profile is the Platinum 950, Zaratsu polished case ornately engraved with replicated patterns. The case, along with the dual-curved sapphire crystal with anti-reflective coating, compliments the 14k white gold hour markers and etched markings that will remain brilliant for many years to come.

Measuring at 38.5mm in diameter and a thickness of 9.8mm, the timepiece comes with a magnetic resistance of 4,800 A/m and a 3 bar water resistance. The calibre of Grand Seiko’s SBGZ007 incorporates an 18k yellow gold plaque on the lower bridge. It is engraved with “Micro Artist” to indicate the luxury watch studio—the Micro Artist Studio—behind the Grand Seiko Masterpiece collection. The engraving, however, can naturally be replaced with a word of the owner’s choice should they wish.

Not just beautiful, but this manual winding Spring Drive captures the graceful resilience of Japanese philosophy. Grand Seiko’s SBGZ007 is fitted with Caliber 9R02 with an 84-hour power reserve and a Torque Return System. This system becomes activated for 48 hours after the mainspring has been fully wound in Caliber 9R02. Simply put, it means when the mainspring is fully wound and the torque output is at its highest, the precision of the watch is maintained while saving an estimated 30% of available power wasted in a regular movement.