Style
Fashion, Unfiltered: The Top 8 Fashion Podcasts to Tune Into This 2020
Beauty & Wellness
Beauty-themed coffee table books for quarantine reading
Style
During lockdown, why not listen to the ‘Dior Talks’ podcast with British Artist Tracy E...
Beauty & Wellness
UK Studio Launches a Contest for New Hand-Sanitizer Pump Designs
Sign up for our newsletter to receive what's happening in fashion, jewellery and watches.

Audiences weren’t keen on this reserved version of Bond, and stepping away from the whimsy of previous films didn’t mesh well with viewers. In the years that followed, however, the film has gradually flipped in repute. Today, it’s universally loved for its exceptional plot, and for being one of those rare Bond films that actually places emphasis on genuine relationships and a solid love storyline. Ringing in the 50th anniversary of OHMSS, Omega has released a new limited edition Seamaster Diver 300M, and like the unconventional movie that inspired it, this is a timepiece filled with surprises.

References to ‘On Her Majesty’s Secret Service’ The watch is replete with clever nods to the film, some of which are rather unexpected. For instance, you’ve got a black PVD on black ceramic dial, which comes with a spiral-brushed gun barrel design, and 9mm bullet head at the centre. This is apparently a call-out of the view down into a rifled firearm barrel, which you see in the opening of James Bond movies. 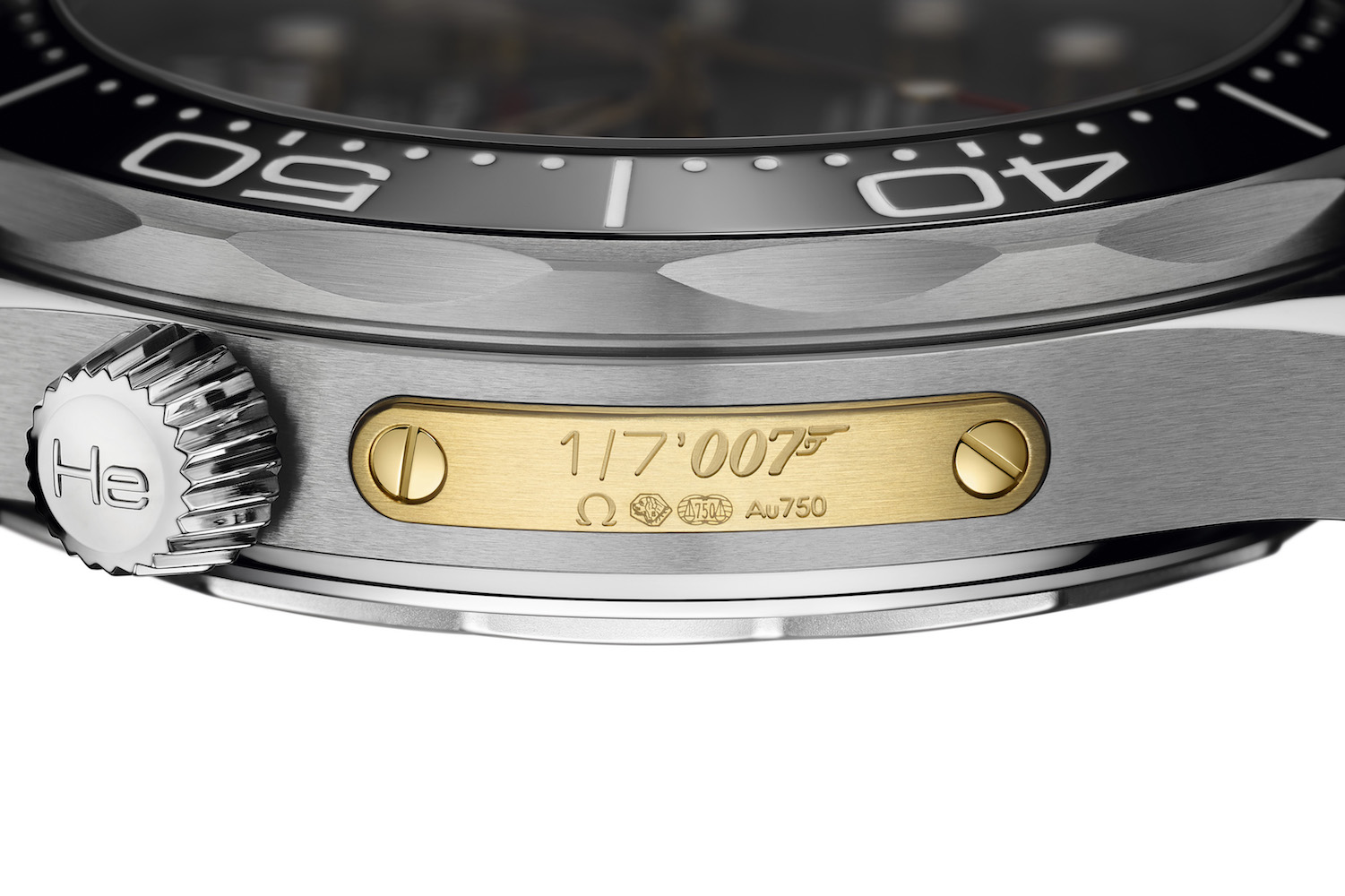 Not only that, but the typeface also comes with plenty of call-outs to the film. The hands and indexes have been created using 18k yellow gold, and the index at 12 o’clock is directly inspired by the Bond family coat-of-arms — a pretty snazzy bit of detailing that should attract the die-hard Bond fan. This 18k yellow gold is also found plated on the side of the case, engraved with each watch’s unique limited edition number. On the 7th day of each month, the number 7 on the date window also uses the same font as that of the number in the famed 007 logo. At night, a “secret signature” appears on the 10 o’clock index, where the number 50 appears inside the Super- LumiNova. 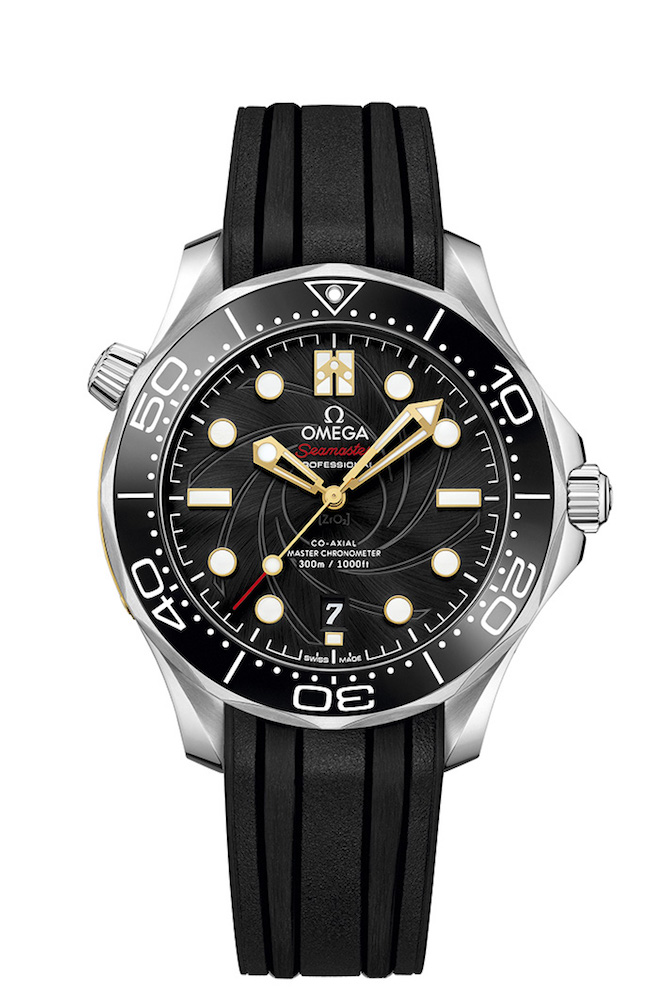 Asides from the stylistic elements, the watch itself follows the specifications of a standard Seamaster 300M. That is, you’ve got the classic co-axial escapement, a helium escape valve, and up to 300 metres of water resistance. The timepiece is presented on a black rubber strap, comes with Master Chronometer certification, and is packaged in a sleek black box complete with gun barrel patterns and bullet head buttons. Limited to only 7,007 pieces, the tribute timepiece couldn’t have come at a better time, really. Paying homage to a film that 50 years ago revolutionised the James Bond movie franchise, it was unveiled last year, which marks another transitional time for the Bond films as iconic actor Daniel Craig steps down from his role. As Omega president and CEO Raynald Aeschlimann put it, the new Seamaster is “a fitting tribute to a classic Bond film and one of cinema’s most iconic characters. This extraordinary watch is elegant, full of surprises, and sure to be extremely popular with collectors and fans of the character, due to its many Bond-related features.”

james bond
omega
luxury watches
limited edition
omega seamaster
Mary Losmithgul
The online content creator for Prestige Thailand, Mary handles the magazine's digital platforms. She enjoys black coffee, astro charts and listening to entire albums in one go. When not engrossed in a novel or having brunch, catch her on the hunt for new restaurants and the city's latest happenings.
Talk to Me About:
Society
events
travel
property
watches
drinks