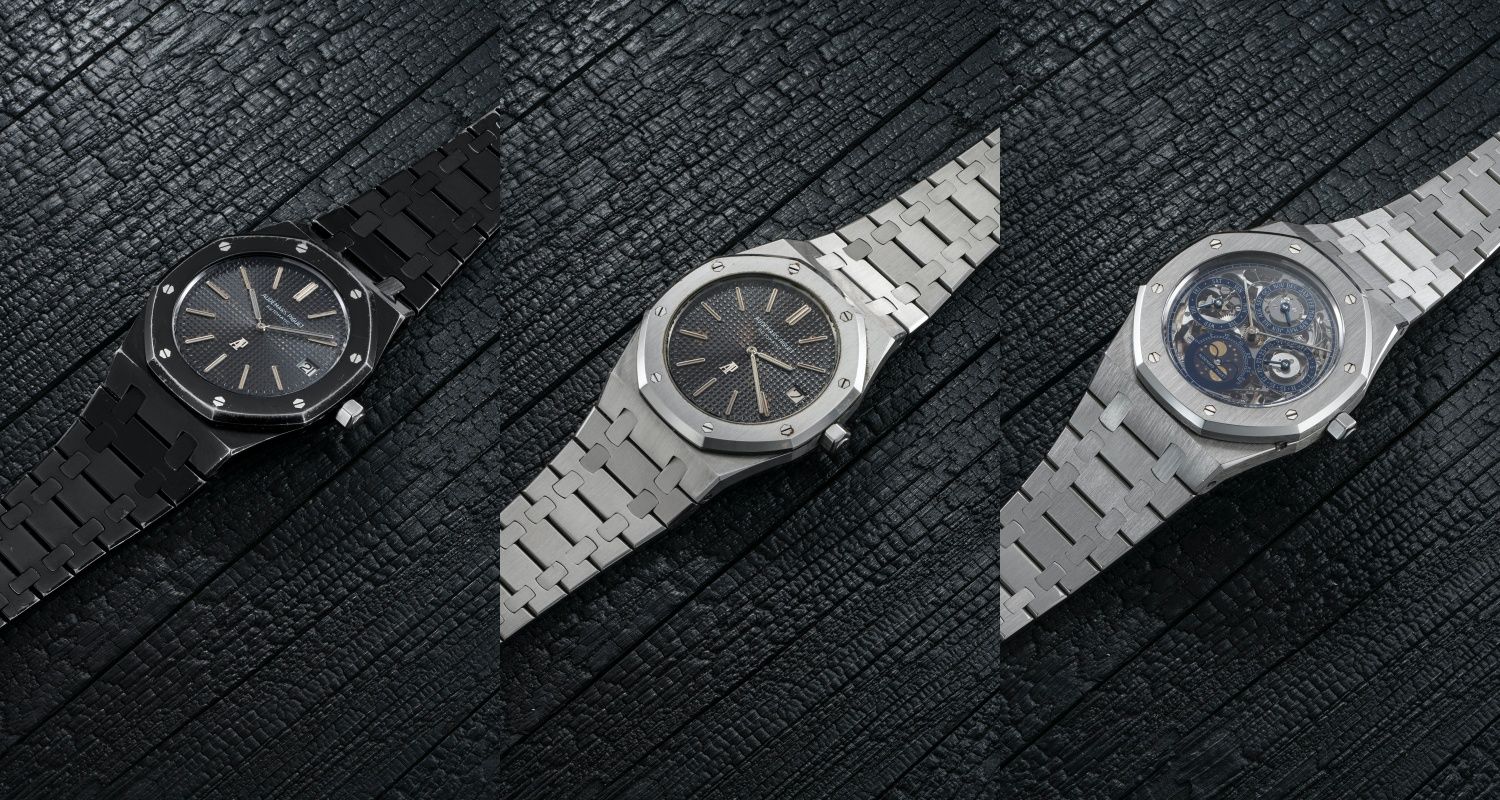 Conceived in 1972, the Audemars Piguet Royal Oak has been widely considered as a cultural icon in horological history.

The birth of the watch marked the beginning of a new genre for the watch market, a luxury sports watch in stainless steel with an integrated bracelet that was never seen before and caused an immediate sensation.

The fact that the watch is designed by the legendary Gérald Genta, and put together by the best in the industry, including Stern Frères who worked on the guilloché Petite Tapisserie dial and Gay Frères who designed the integrated steel bracelet, only enriches the historical relevance of the model today.

To celebrate the 50th year milestone for the model, Phillips has curated a tight selection of the finest, rarest and best-preserved Royal Oak wristwatches known to exist, to be offered at “The Royal Oak 50th”, a thematic sale on May 6, 2022, in Geneva.

In a joint comment, Alexandre Ghotbi, Head of Watches, Continental Europe & Middle East, and Virginie Liatard Roessli, Watch Specialist and Head of Sale, say, “To the best of our knowledge, never have we seen or heard of such an assembly of so many historically important, rare and, in some cases, unique Royal Oak models gathered in one place or shown to the public.”

Eight-eight lots will be offered, with highlights including the earliest number reference 5402 (the original 1972 Royal Oak) to ever appear at auction, and the late Karl Lagerfeld’s treasured black PVD-coated Royal Oak model. Read on below to discover a few of our picks.

The 5402 is the first reference for the Royal Oak when it debuted in 1972, and the first 1,000 pieces ever produced are known by collectors as the A-series. This watch bears the inscription A2, making it the second Royal Oak ever made and the earliest number reference 5402 to ever appear at auction. This particular watch has an additional element of historical relevance as one of the four Royal Oak models that were presented to the press and public at the opening of the Basel watch fair in 1972. The watch comes with its full set of accessories and is unworn.

Another A series 5402, this is a special one as specialists at Phillips believe it to be the property or the legendary Karl Lagerfeld. The late fashion designer for Chanel and Fendi was known to wear aftermarket black PVD Royal Oak models of different sizes that he would then gift to friends and collaborators. This particular piece can be traced back to 1974 in Italy while Lagerfeld lived there, with further evidence in period photos showing Lagerfeld wearing a black PVD Ref 5402.

This reference was made in 1997 at the celebration of the Royal Oak’s 25th anniversary and features the first time the brand equipped the model with a tourbillon complication. Made only in 25 pieces, the 25831ST is super limited, and this present example bears number 1.

Another rare Royal Oak, the 25829TP was only made in 16 pieces and features a rare mix of metals – platinum and tantalum. Paired with the mesmerizing visuals of the open worked perpetual calendar movement, this is one lot we’re keeping a close eye on.

Launched for the Royal Oak’s 20th anniversary in 1992, the ref 14802 was made only in an extremely limited 20-piece edition in platinum. A further few featured the beautiful, uniquely textured blue “Tuscan” dial, like this one offered by Phillips.

The watches are currently on tour prior to the auction. You can preview them in: