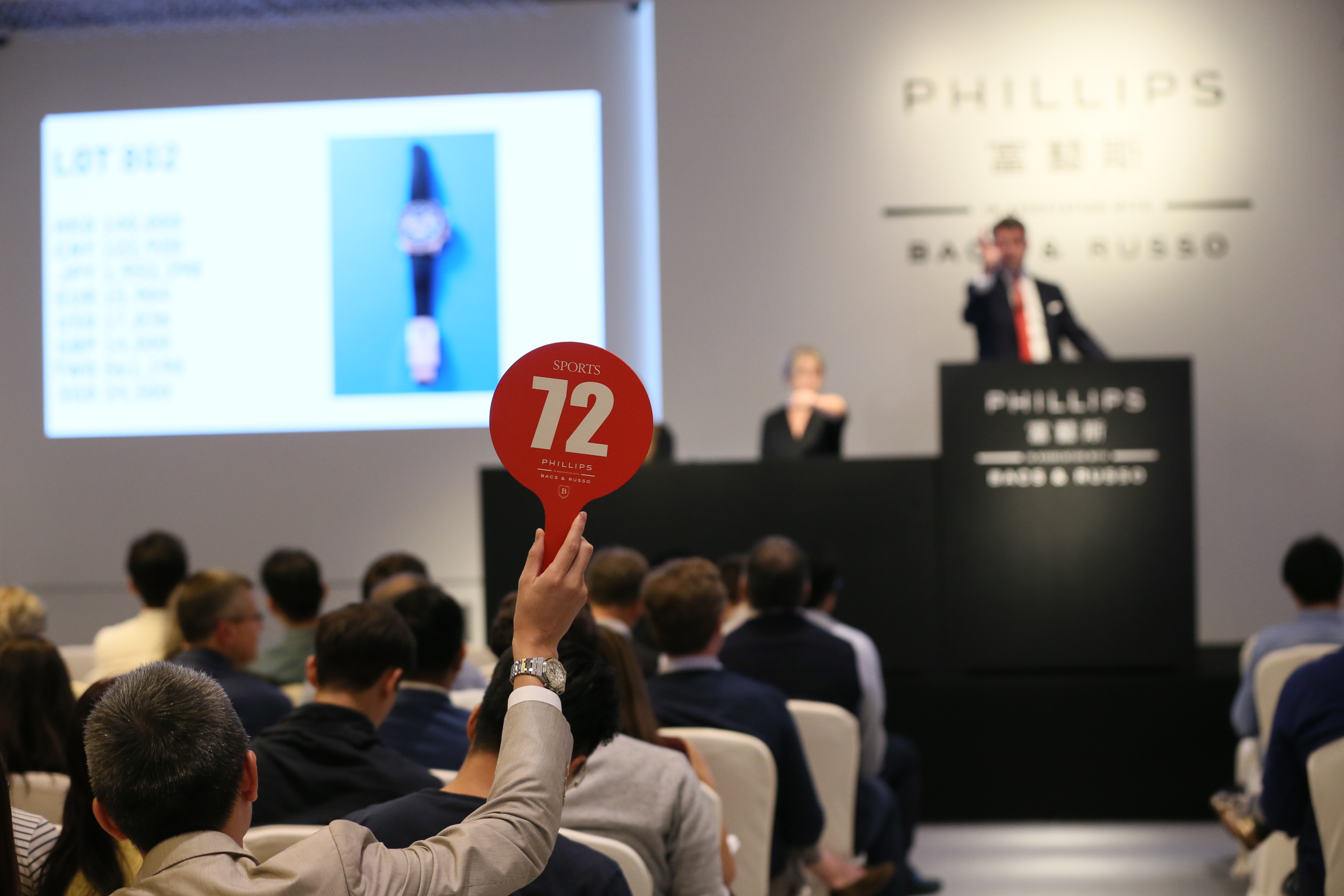 5 Showstoppers to ‘Watch’ Out for at Phillips’ Hong Kong Watches Auction: NINE

Style
Mary Losmithgul
Presented by Phillips Auctioneers
Sign up to get the latest luxury and lifestyle news delivered to your inbox.

Style
5 Showstoppers to ‘Watch’ Out for at Phillips’ Hong Kong Watches Auction: NINE
Share
Next article

Following an extraordinary spring auction season, marked by the highest result for any watch auction series staged in Asia and the record breaking 100% sold Phillips & Blackbird: SPORTS thematic sale, Phillips in Association with Bacs & Russo, the global market leader in collectors’ watches, is back with a new selection of vintage and contemporary timepieces for the Hong Kong Watch Auction: NINE.

Particularly excited for Thailand watch lovers, Bangkok will be the first stop of Phillips’ Watches World Preview Tour. From a dreamy pink gold Patek Philippe ref. 530R, to a stunning gold chronograph from Omega, we’ve rounded up the five showstoppers to watch out for at the event.

Timelessly handsome, charismatic, and imbued with that rugged sense of cool, the Rolex “Paul” Newman” Daytona is by far one of the most discussed family of timepieces in watch-collecting today — and among them, the cosmograph ref. 6265 stands out as an absolute legend. Extremely rare, the well-preserved stainless steel chronograph wristwatch comes complete with that iconic “Paul Newman” dial — cue art deco style numerals, and hash marks ending with a square — along with a “tropical” outer minute track and bracelet.

Serious watch collectors will know of the reference 530 as among one of the rarest references from Patek. Oversized, and spectacular in a way that exudes a sense of honest originality, the Patek Philippe ref. 530R is known to be extremely fine, and as valuable as it is rare. Coming in a dreamy pink-gold, this chronograph wristwatch is definitely one to eye among the upcoming auctions.

While the results of past auctions arguably cannot be used as definitive benchmarks for a timepieces’ worth, there are some that do consistently prove their value as consistent crowd-favourites. Among them is the Patek Philippe Nautilus ref. 3700. Very, very attractive, striking and well-preserved — to the point of being rather unbelievable — the stainless steel automatic wristwatch comes complete with a beautiful “tropical” bronze dial, date, bracelet.

Having graced the wrists of social luminaries, silver screen icons and sports legends, among a diverse set of incredibly noteworthy individuals, the Rolex Submariner ref. 1680/8 is known for revolutionising the dive watch — or even the family of sport watches as a whole. Extremely fine, and even rarer, the gold diver’s wristwatch comes with date and center seconds, along with a bracelet — all guaranteed and in a fitted presentation box.

2019 has been a pretty big year for Omega and its iconic Speedmaster, as we rang  in the 50th anniversary of the famed lunar landing — an event which half a century ago turned the Speedmaster into both a timeless chronograph, and the legendary watch that made it to the moon. A tribute to astronauts and the first watch ever worn on the moon, Omega’s Speedmaster Apollo celebrates the past through cutting-edge developments that meet the standards of today. Very fine, very rare, and definitely limited edition, the gold chronograph wristwatch comes with a burgundy bezel, and Apollo XI engraved on the case back and bracelet. The timepiece also comes with the original international guarantee, an original bill of sales, and Crator presentation box.

The Hong Kong Watches Auction: NINE Bangkok preview will take place from 10am-6:30pm, October 18-19 at The St. Regis Bangkok, Thailand. Entry is by appointment only, and they can be made by emailing thomasperazzi@phillips.com.