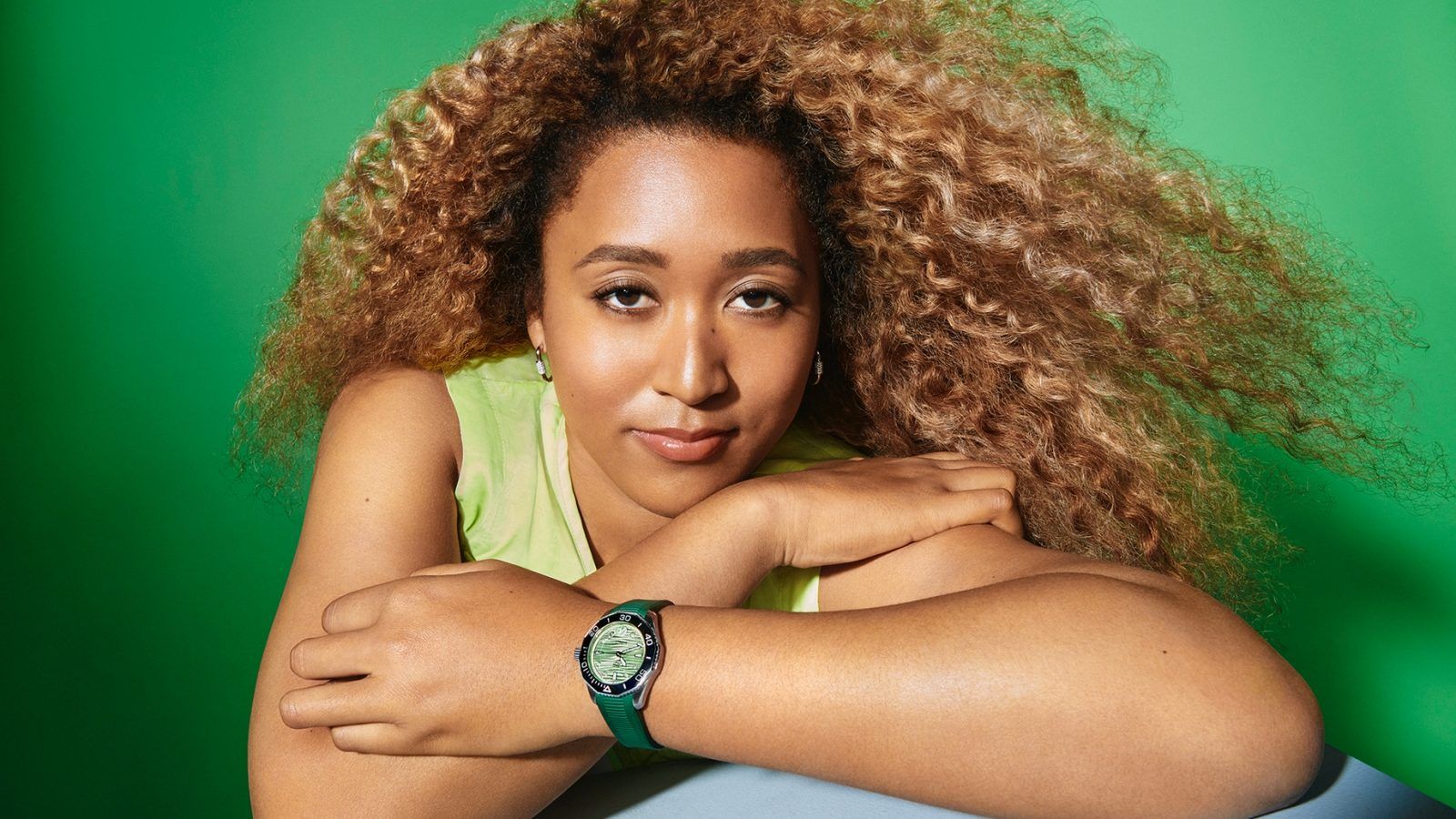 Four-time grand slam singles winner and mental health advocate Naomi Osaka was first announced as TAG Heuer’s latest ambassador in January 2021 – she’s more than just a face for the brand though. This year, the tennis star is adding product designer to her list of achievements as she debuts her first collaboration watch with the Swiss watchmaker: the Aquaracer Professional 300 Naomi Osaka Limited Edition.

Launched at LVMH Week this January, the co-designed watch not only bears Naomi Osaka’s name. Osaka insisted that the watch bear several shades of green, her favourite colour. Green not only represented her love of nature, but was also a colour close to her heart as it was a reminder of her sport, tennis.

The dial of the Aquaracer Naomi Osaka Limited Edition is in a pale minty green shade with a wave pattern. On the minute track, the five minute markers are dotted in a bright shade of green, a subtle yet distinctive reference to the colour of tennis balls. And diamonds – why not? The hours are marked with diamonds in an octagonal bezel setting, while a date window is positioned at 6 o’clock.

Green is also delivered on the two straps that come with the watch, one in green rubber, while the other is made from 100 percent recycled fishing nets, much in line with Osaka’s commitment to the environment. While the strap isn’t a quick change type, a special tool is included to make changing the strap a breeze.

On the caseback, Osaka’s official logo is stamped: a teddy bear holding a flower.

“It’s an honour to be able to create a timepiece with such an iconic brand with a rich history in watchmaking. I’m grateful to TAG Heuer for allowing me to fuel my passion for fashion and product design,” says Osaka.

Osaka picked the Aquaracer 300 model, which TAG Heuer just revamped last year, for its robustness and easy legibility – one of the conditions was that she would be able to wear it while playing tennis. The hour markers (bar the ones in diamonds) plus the minute and hour hands are atypically wide, making them highly visible once coated with Superluminova.

The Aquaracer Professional 300 Naomi Osaka Limited Edition is limited to 250 numbered pieces and will be available in shops and online from January 2022.

But wait, there’s more. Not a fan of green, or just looking for another entry-level diver with a more understated look, TAG Heuer’s released its full new range of Aquaracer Professional 200 watches this year.

The smaller, younger sibling of the Aquaracer 300, the new model 200 comes in two sizes, 40mm and 30mm, compared to the 300’s 43mm case size. It still bears the line’s signature 12-sided bezel (of course) but the Aquaracer 200 bears a hint of elegance under its sporty exterior: the case is smaller, slimmer, and the bezel insert and centre links on the bracelet are polished, making it a rather versatile watch to take to sea, or into the office.

The 40mm versions come with sleek, horizontally lined dials in blue or black, with a smoky Sunday finish that immediately elevates the watch’s overall aesthetic look. Inside, the Calibre 5 automatic movement powers the watch.

The 30mm version would be well suited for anyone looking for even smaller case sizes, and comes in a wide variety of options, including in automatic or quartz, a variety of colours and with diamonds.