Omega x Swatch MoonSwatch: the Answers to the Big Questions 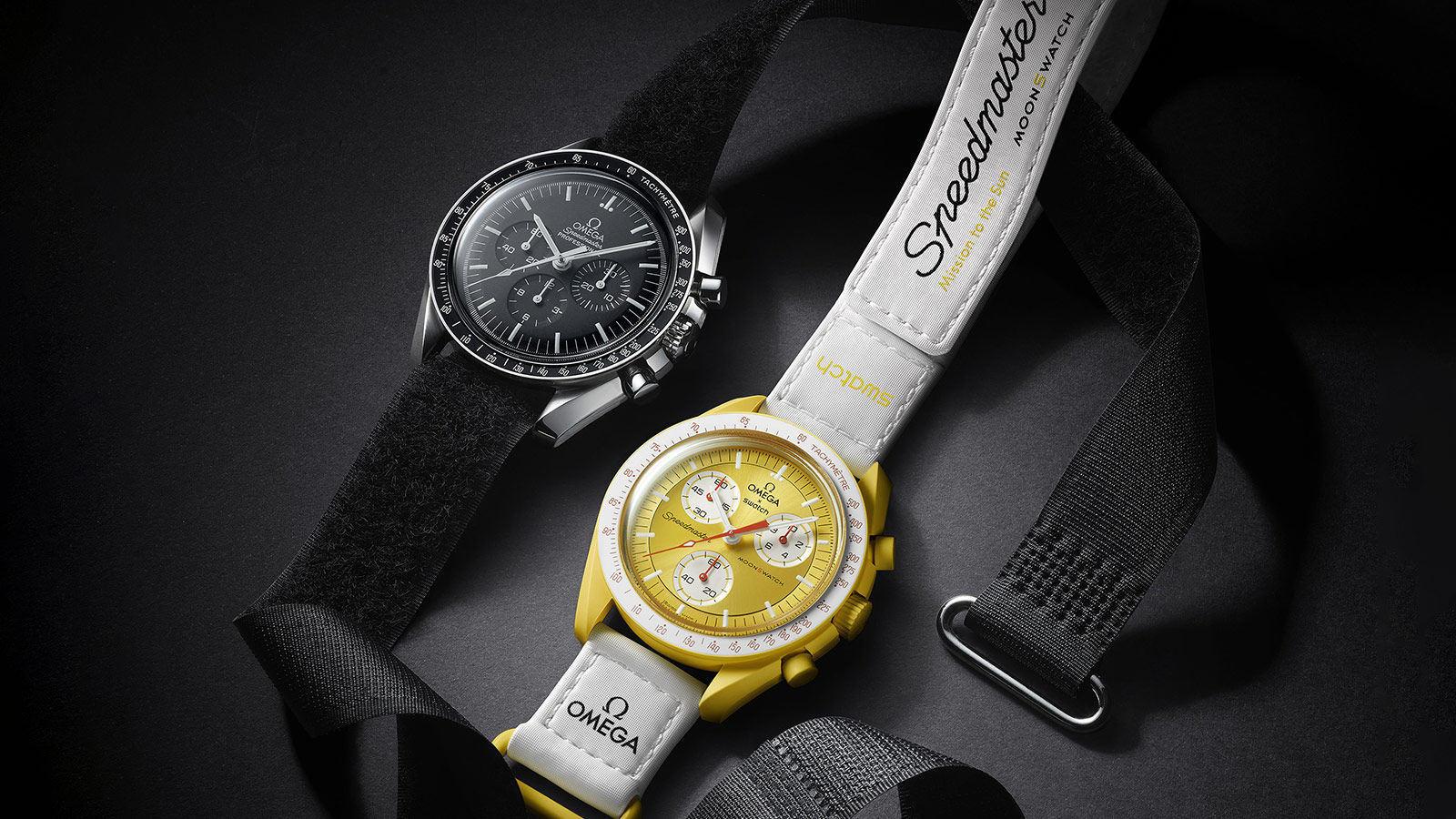 Behind the hype there are semantics and strategies. Here are all the answers that MoonSwatch lovers have been seeking.

Early in the pandemic, the country had woken up to the advent of a new technology that while was very familiar to the IT community, was a lesser known tech to mass market civilians. The tech was known as the “internet bot”. Most of the time, internet bots are used by reputable companies like Google to rapidly trawl the internet in order to organise and catalog vast amounts of data into easily found, searchable pages. Then, in July 2020, Singapore Island Country Club (SICC) discovered that members had used these software programmes to book sought-after time slots. Essentially, SICC’s online booking system had been compromised with some members’ accounts using these bots or scripted programmes to secure popular time slots.

Dead giveaways typically point to the fact that the speed and number of bookings far outstrip human capability. The SICC system received “millions” of booking attempts each day from automated bots and scripted programmes and over 50 per cent of these bookings were completed within seconds. This was what Swatch encountered, when they attempted to release their coveted MoonSwatch online.

Watches & Wonders 2022: Our Top Picks of the Best in the Show (Part I)
Style
Reach for the Stars with Jaeger-LeCoultre’s New Interpretations of the Grande Complication Calibre 945
Style 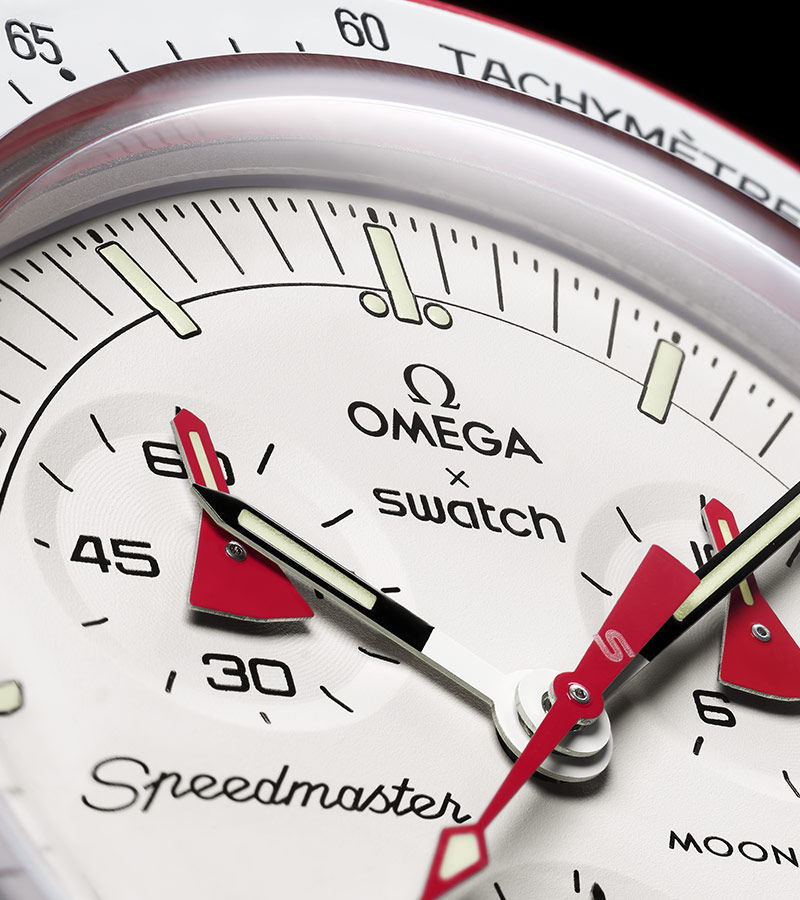 Answering the biggest questions/complaints about the Omega x Swatch MoonSwatch

Here’s what we know officially: that Swatch Group had always intended to do a limited in-store release and then offer the MoonSwatch online internationally after the initial launch period. Perhaps one of the bigger bugbears has been – why didn’t the conglomerate Swiss watch company offer the coveted watches simultaneously across all their boutiques? The corporate strategy launch was to only have the MoonSwatches available at retail locations shared with their brand partner – Omega. Now, the next biggest question was:

Speaking with Augustman on condition of anonymity, we understand that MoonSwatches were put online briefly before the order button was greyed out because Swatch Group had detected unusually high traffic to the pages carrying each “Mission MoonSwatch”. While that in and of itself is not unusual for such a hyped timepiece (which saw a literal global stampede evidenced by the many TikTok and Instagram story videos), what usually tips IT professionals off is the rapidity of operations and the clinical way in which these operations were carried out. 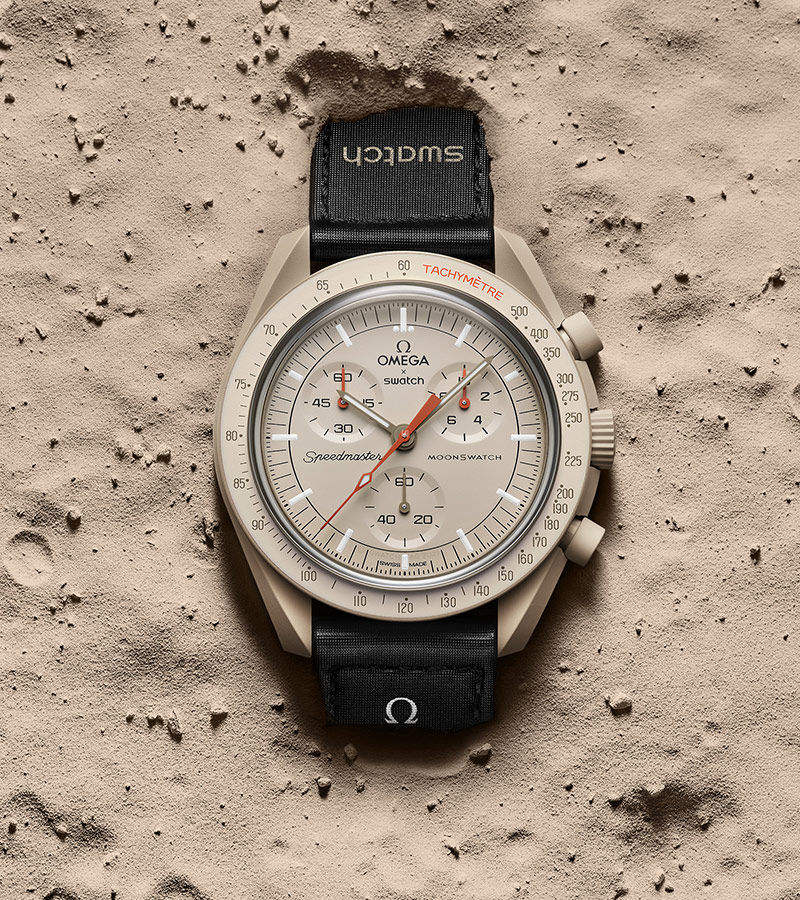 Typically, a human being lingers around specific sections of a page before making an “operation” – whether it’s clicking buy or going to another product that catches his eye, however, the way and speed the interactions occurred hinted that something other than a human, more likely a machine or bot was conducting that bit of business online. Rather than give potential resellers and flippers the opportunity to beat the system and scalp genuine fans and watch lovers, Swatch decided to pull the plug.

Why are there no official communications on restock schedules?

Store staff had also discovered that networks of enterprising individuals were forming and taking note of when identifiable staff had arrived in store, which would denote a restock of the MoonSwatch. These individuals would then communicate with their group to bring more people in order to circumvent the “one watch per person” sales policy that the company had put in place to deter flippers and resellers. Now that this policy was being circumvented, two steps were instituted: Restock schedules became vague to avoid tipping off the unscrupulous groups of buyers. Unable to properly discern between genuine buyers and opportunists, Swatch now does silent drops and if you happen to be a watch lover who pops into store at the right time; you’re in luck.

Your SWATCH ® watch is warranted by Swatch Ltd* for a period of twenty-four (24) months from the date of purchase under the terms and conditions of this warranty. The international SWATCH warranty covers material and manufacturing defects existing at the time of delivery of the purchased SWATCH watch (“defects”). 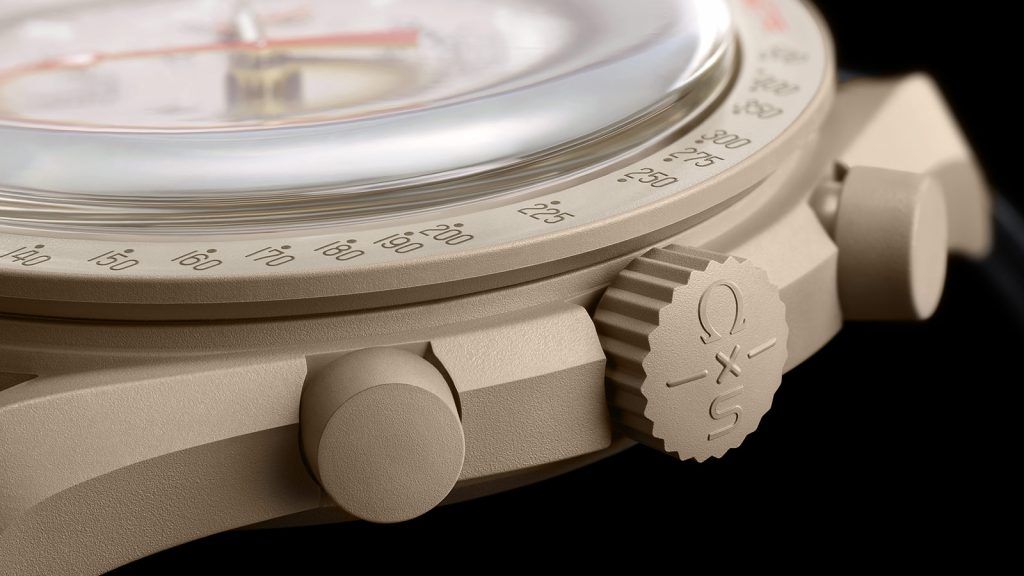 Bioceramic and sustainability: is it true damaged MoonSwatches cannot be repaired?

The devil is in the semantics. Considering that MoonSwatches are a monobloc bioceramic (a unique mix of two-thirds ceramic and one-third material derived from castor oil) case where the only access point is the battery housing, yes it is true that damaged MoonSwatches cannot be repaired. However, if you read the replacement policy carefully, any damage to the timepiece that is identified as a factory defect rather than the result of user error, Swatch will enact a replacement of your watch. Naturally, this is one a case by case basis to avoid consumer abuse. So, it is quite untrue that Swatch considers the MoonSwatch “disposable”. Given that sustainability is one of the core attributes of Swatch, the batteries also enjoy lifetime replacement in store, it is even recommended by store staff that any scratches on the hesalite crystal be brought back so they can polish the crystal off and make it good as new.

The Omega x Swatch MoonSwatch answers a very important question: whether something has to be expensive in order to be “hype”. Granted it’s not the cheapest of plastic, ahem, bioceramic watches but that providential intersection of cultural zeitgeist and brand provenance of a storied timepiece simply combined to create a phenomenon. 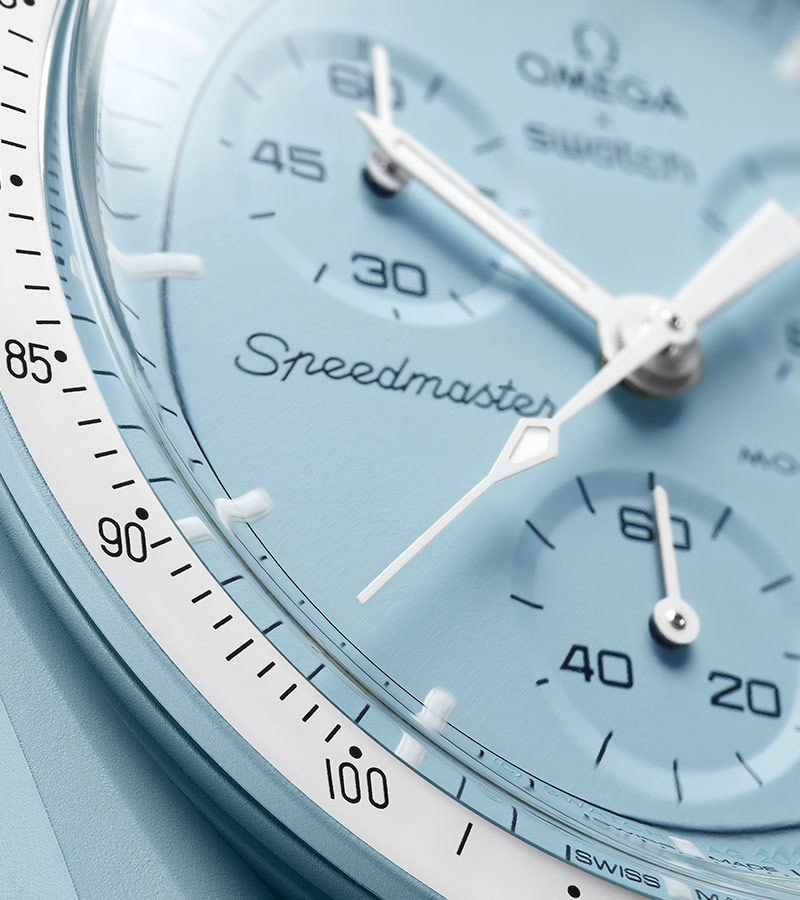 It is definitely not the Omega Speedmaster, anyone pretending it does is seriously deluded. MoonSwatches are certainly not built to those standards and would quite likely fail any of the battery of tests defined by NASA that would qualify a timepiece to be a “MoonSwatch”. Instead, what we have is an unexpected, provocative and visionary partnership, a first between Swatch and Omega, the culmination of a trend of collaborations between luxury and street brands to create innovative new products that blend the best of both worlds.

Sure, scalpers and flippers provided further catalyst but think about those Steinhart models which didn’t accurately translate vintage Newman Daytona aesthetics. The MoonSwatch nails it with their interpretation rather than attempt a copy. Colors like pink (Mission to Venus) and pale blue (Mission to Uranus) offer strong clues that these are not your standard Omega Speedmaster watches, a hard-core Moonwatch fan would be hard-pushed to find the difference in the overall look. The key Moonwatch design features are all there. The asymmetrical case, the famous tachymeter scale with dot over ninety and the distinctive Speedmaster subdials, which all work perfectly. It’s a down to earth take on the watch that went to the moon, which is a perfect representation of Swatch’s joy of life and innovation philosophy: “your Second Watch or Swatch”

Swatch’s witty Bioceramic MoonSwatch collection makes the iconic design accessible to fans everywhere. This is why it works.