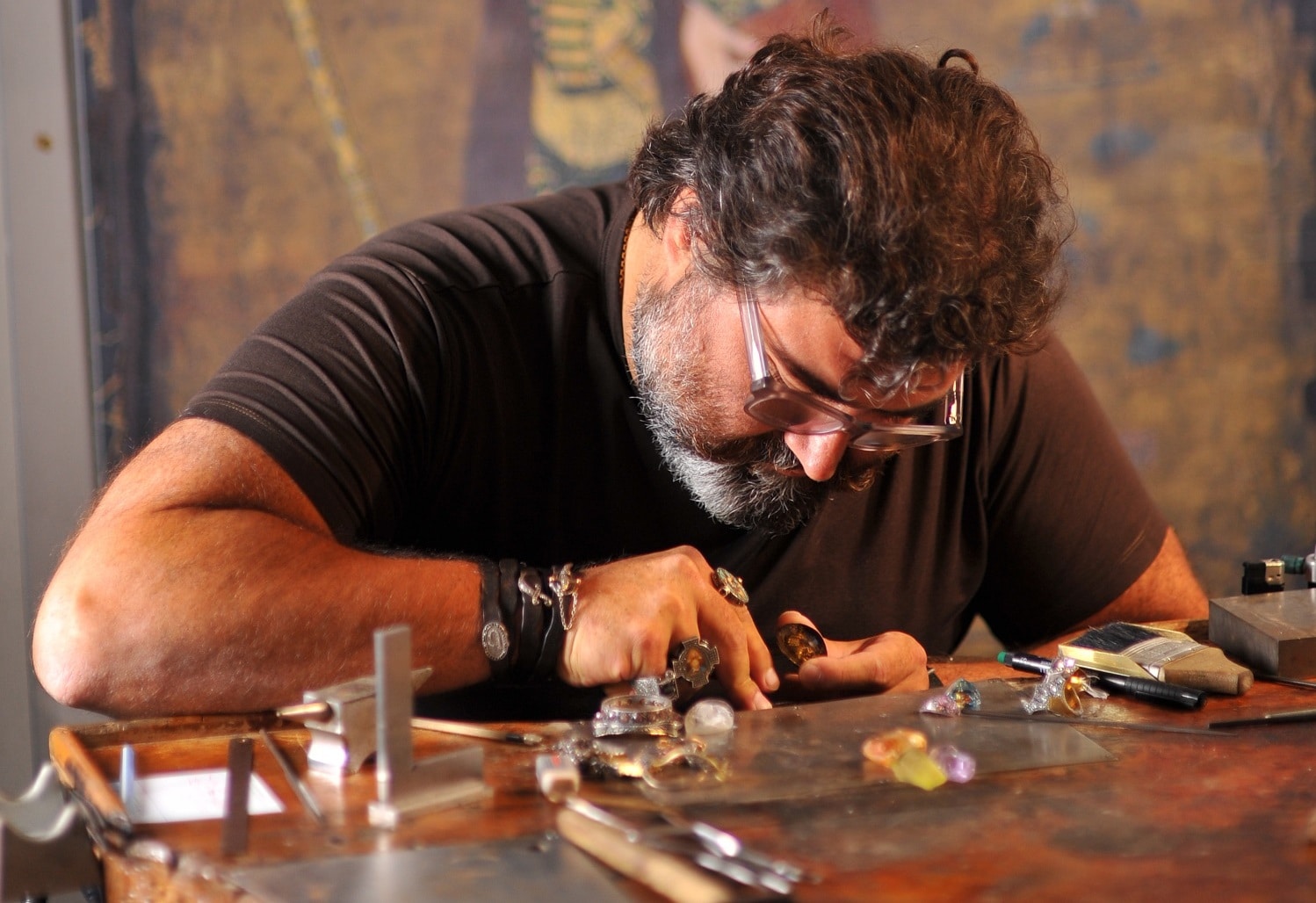 Big, bold and beautiful — these are some of the words that aptly sum up Turkish jeweller Sevan Biçakçi’s flamboyant designs. His creations range from chunky domed rings bedecked with vivid precious stones such as rock crystals and amethysts, to earrings and pendants embellished with floral motifs. Among his signature pieces are statement rings encasing intricate carvings of Istanbul’s iconic Hagia Sophia — which started as a church before converting to an imperial mosque and is now a museum.

“The Hagia Sophia is the mother of all the big sultan mosques, so she is a key focus of Istanbul,” explains the 50-year-old. He adds: “I wanted to create a style that could reflect the soul of my environment.” Other recurring motifs in his eye-popping creations include monuments, animals and flowers. There is the Hasankeyf ring set in gold and silver that draws inspiration from the Zeynel Bey Mausoleum in the ancient city of Hasankeyf. The oversized stunner encloses a carving of the mausoleum within its citrine centre stone, and is festooned with diamonds and turquoise mosaic details.

Also noteworthy is Heaven’s Gate, a double-finger ring set in gold and silver, and sculpted to resemble two swans. Mounted with diamonds and a 4.73-ct rose-cut diamond centre, its smoky quartz cabochon is inversely engraved with exquisite floral motifs symbolising the Garden of Eden. “I would describe my style as Sultan meets Alice in Wonderland and the stories of One Thousand and One Nights”, says Biçakçi. “I get my inspiration from so many [sources] — fairy tales, legends and even Greek mythology.”

His Athena ring, for instance, is named after the Greek goddess and is a striking combination of gold, silver, diamonds and a mosaic of turquoise and jet assembled to resemble an owl’s face. Capped with a glittering 3.62-ct rose-cut diamond and a smoky quartz with inversely engraved owl motifs, the quirky ring is unapologetically attention-grabbing.

All of Biçakçi’s jewels are one-of-a-kind pieces and are crafted in 24k gold and sterling silver, and typically swathed in rose- and antique-cut diamonds. While popular gemstones such as tourmalines, tanzanites, emeralds and rubies are prevalent in his designs, he is also fond of rare rocks including kunzites and zultanites. Some of his creations incorporate unusual materials the likes of camel and mammoth bones.

“Anything that Mother Nature provides is welcomed,” says Biçakçi, adding that he doesn’t use items that are endangered or protected. Everything is produced at his atelier located near Istanbul’s Grand Bazaar. There, he and his team of sculptors, painters and calligraphers churn out some 500 pieces each year.

But what truly sets Biçakçi apart from other jewellers is his signature intaglio technique, where patterns are meticulously carved into the reverse side of a precious stone, so they protrude in a three-dimensional effect. Achieving this, however, is a time-consuming affair that requires a minimum of eight weeks to complete each ring, as every detail has to be carefully and painstakingly handcrafted. The process is also a delicate one: Too much pressure and the gems may shatter. This is especially so for fragile gemstones such as emeralds.

“It’s absolutely risky business to carve anything into emeralds. The probability of cracking the stone is so high, because they already have cracks inside…once you hit the inclusion inside and it breaks, it’s over,” says Biçakçi, adding that he “sacrifices” an average of eight gemstones for every ring. Once, he had to discard more than half of a 150-ct Columbian emerald because it cracked during the engraving stage.

Other techniques that feature prominently in his work include metal-based painting and micro-mosaic setting — while tiny tiles made from precious stones are arranged like a mosaic around the ring’s dome. While rings are the main highlight of his repertoire, Biçakçi also designs earrings and pendants. One particularly opulent piece is his Messenger pendant, which is studded with diamonds and set with an amethyst engraved with a dove intaglio. “Jewellery has to be unique and powerful,” he says.

Despite his small-scale business, his gorgeous jewels have gained a cult following among celebrities such as actresses Brooke Shields, Catherine Zeta-Jones and Gwyneth Paltrow, and fashion designer Tory Burch. But Biçakçi, who started out at 12 when he worked for Armenian jeweller Hovsep Chatak as an apprentice, remains humble. There’s still a lot more to learn, he says. “The moment you think you’ve become a master, you start going downhill.”