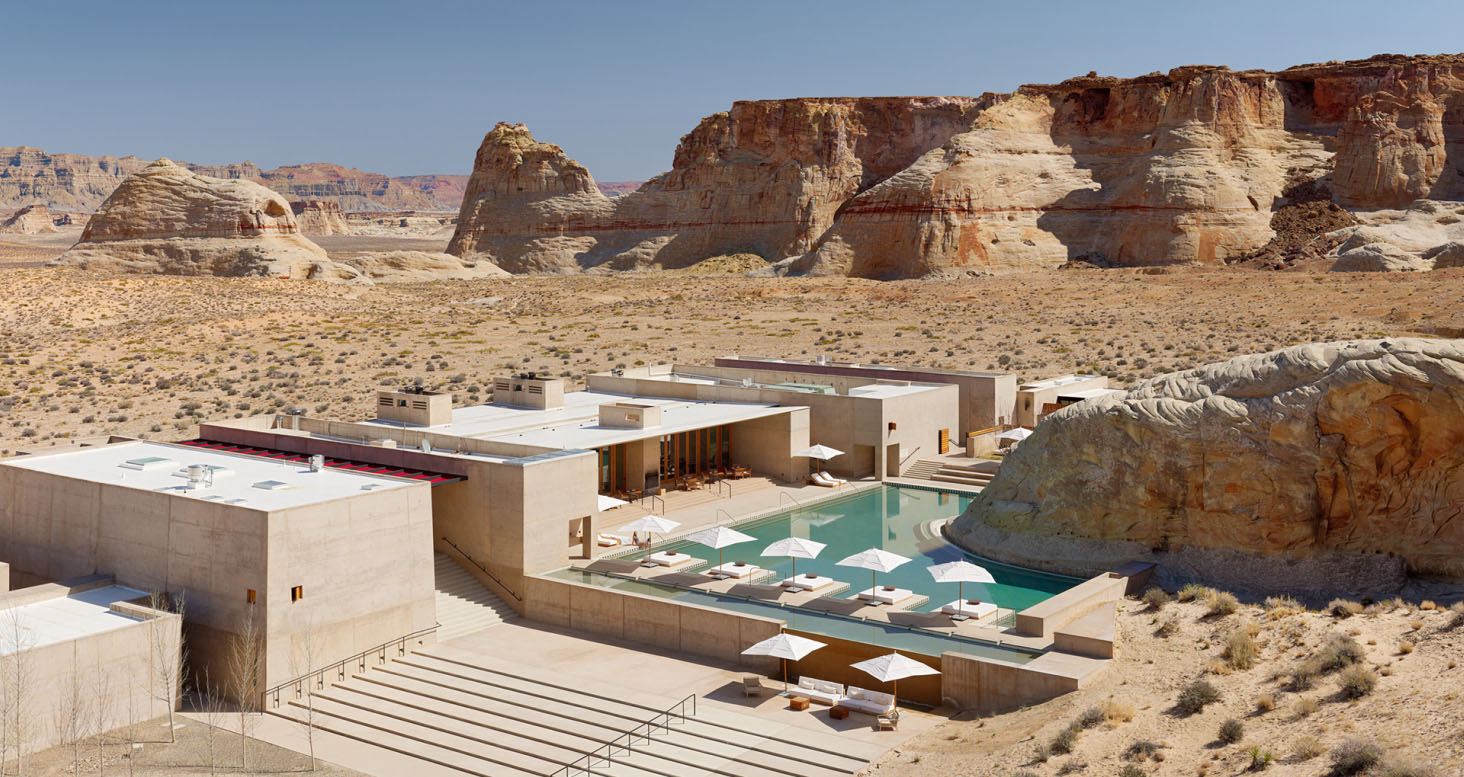 3 of the World’s Most Remote and Beautiful Places

This month, we searched the internet for the places that were recently visited by the Kardashians, Vanessa Hudgens, Hadid sisters, and Emily Ratajkowski.

Kim and Kourtney Kardashian recently went on a holiday to Turks & Caicos. They stayed in Amanyara Hotel & Resort.

The islands are known to have the world’s best beaches. Its clear blue waters and white sand allow you to experience water sports such as diving, snorkelling, kayaking, and jet-skiing. You wouldn’t want to miss the view of the North Atlantic Ocean while you lay down at the beach for that tan.

It’s the place that Kim Kardashian booked during her recent vacation with sister Kourtney Kardashian. The five-star hotel and resort offers you a luxury “isolation”, although it’s only a 25-minute drive from the international airport. The resort is built on the rocky coves of Providenciales, surrounded by dry tropical forest and overlooking Point Marine National Park with its pristine coral reefs. You can directly step onto the beach to snorkle, paddle-boarding, riding bikes along sand tracks, and swimming in clear blue water with the most beautiful coral reefs in the world. The price starts at $3,000 a night, or go for $33,000-per-night like the Kardashians.

HOW TO GET THERE:

You can go to the islands by plane, cruise ship, or yacht. If you go there by plane, you will land at Providenciales International Airport. Providenciales is an island in the northwest Caicos Islands, part of the Turks and Caicos Islands (a British Overseas Territory). If you prefer to go there by a cruise ship, the only place that has a cruise ship port is the Grand Turks island. But for cruisers and yachts, the Turks and Caicos is a popular destination knowing quite a few marinas are located throughout the islands.

Each of the major inhabited islands has an airport, although not all of the have scheduled domestic services. North Caicos Airport (NCA) is operational, but it is used for charter flights only.

The Turks and Caicos welcomes arrivals from over ten countries, including the United States, Canada, United Kingdom, the Bahamas, Dominican Republic, Haiti, Jamaica, Cuba, Antigua, Puerto Rico, and the British Virgin Islands. For arrivals from other destinations, travellers will typically connect through a major United States east coast city such as Miami, New York, or Charlotte.

British Airways operates the only trans-Atlantic flights, with a Thursday and Sunday service from London Gatwick (LGW), which has a one hour layover in Antigua. Direct flights are offered from 11 North American cities, including Washington DC, New York, Miami, and Toronto.

Aside from sunbathing at the white beaches that have become the main jewel of the islands, you can also do whale watching and snorkeling. It’s in the Caribbean region so you absolutely must do snorkeling.

The Wall
At the western end of Grand Turk and just a 10-minute boat ride offshore, the Wall is where the continental shelf makes a steep plunge into the deeper parts of the ocean. Dramatic arches, coral gardens, and abundant sea life make this a must for divers and snorkelers alike. Night diving is also popular here, as the bioluminescence makes for incredible, otherworldly viewing.
Chief Ministers
Located just off Governor’s Beach, Chief Ministers is renowned for its abundant sea life. Snorkelers and divers can spot schools of groupers, manta rays, eagle rays, and even migratory whales and reef sharks, while exploring the underwater landscape of coral formations, sea cucumbers, and sponges.
Gibbs Cay
The shallow reef of Gibbs Cay offers an extraordinary opportunity to swim and snorkel alongside southern stingrays, accompanied by an expert guide. Combine it with a catamaran cruise around Gibbs Cay Island, part of the Turks and Caicos’ Land and Sea National Park.

Last June, actress and Goop founder Gwyneth Paltrow was seen on holiday with her fiancé Brad Falchuk at Costa Palmas, a brand new 1000-acre private beachfront resort located just outside Cabo San Lucas. It wasn’t the first time she visited the place. The first one was in April when she had her bachelorette party.

And where did she stay? She stayed at The Four Seasons Resort and Private Residences Costa Palmas. She actually had the privilege to be the first guests of the Four Seasons resort and private residences in Mexico, which is still due to open for the public in summer 2019. It’s been a year that they have been previewing their hyper-exclusive offerings to the likes of Milla Jovovich, Colin Hanks, and producers Eric Tennenbaum and Andrew Lazar by treating them to complimentary stays in four beach cabanas. For now, their Costa Palma’s Beach Club is open for members-only.

The cost of becoming a member is steep, but you can access the two miles of private swimmable sea, customized activities courtesy of the concierge desk and Aventura guides are plentiful for the whole family, such as snorkeling and scuba diving with whale sharks, manta rays, and sea lions in protected waters; surfing in empty lineups; fishing; waterfall hiking; jet-skiing; wake surfing; and sunset cruising with canapés and mezcal, tequila and wine. At the club itself, amenities include a fully equipped gym with a yoga space, steam room and sauna, three pools with a relaxation lounge, a children’s area, cinema and private dining spaces.

HOW TO GET THERE:

Costa Palmas is located in East Cape, Los Cabos, Mexico. You can go there by plane and arrived at the SJD Airport or Cabo San Lucas Private Airport. By then, you can use the shuttle service offered by Four Seasons at Costa Palmas that is located 60 minutes away from the airport.

Costa Palmas also offers outdoor activities, including a stunning 250 slip deep-water marina, a Robert Trent Jones II 18-hole golf course, and the Costa Palmas Beach & Yacht Club which can host superyachts for up to 250 feet. The crystal-clear waters of the Sea of Cortés on Mexico’s Baja Peninsula makes for excellent snorkeling and diving. The place is also surrounded by organic orchards and farms! The actress/girl boss also went to the green lagoon, a natural pool at the Costa Palmas, one of the sites that you need to visit.

Sign up to get the latest luxury and lifestyle news delivered to your inbox.
Maya A. Siregar