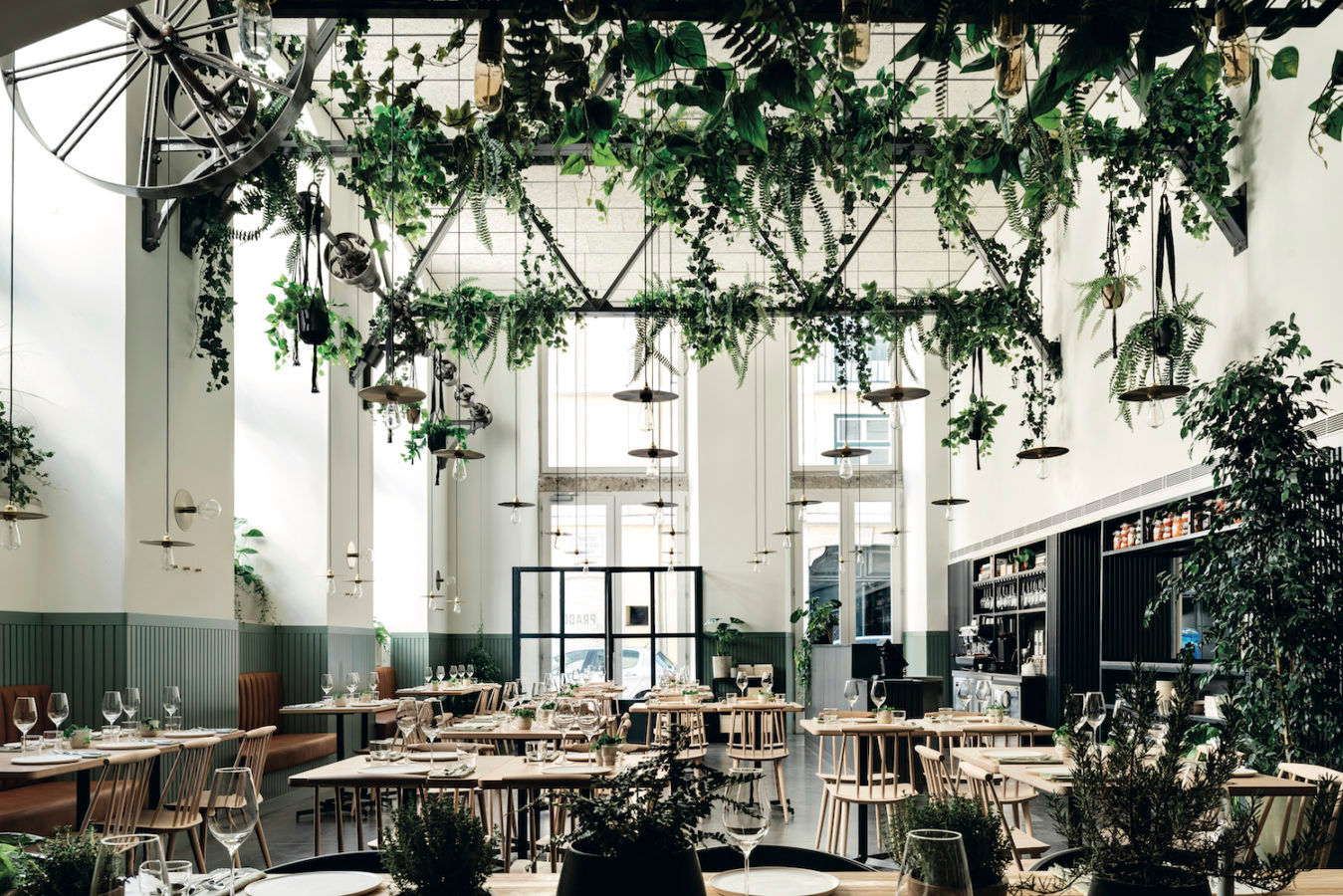 As one of Western Europe’s oldest cities, Lisbon is thriving with innovation and creation.

It is also a city of contrast. While Lisbon plays host to the annual Web Summit where the greatest minds of tech and innovation gather, it’s also where traditional artisans like toymakers, herbalists and silversmiths still ply their centuries-old trades. In 2015, the city council introduced an initiative to preserve historic shops of artisanal crafts along with the heritage buildings located in the Chiado and Baixa area as Lisbon continues its unprecedented growth in tourism. The efforts propelled the city onto UNESCO’s tentative list of Heritage Cities in 2017 and continue to fuel sustainable economic growth across local businesses.

Lisbon is best seen on foot or by tram, and the heart of the bustling activities take place in the old districts of Baixa (central), Chiado, Bairro Alto, as well as Alfama on the coast.

Portugal’s crafts celebrate its vintage typography, packaging and design, creatively giving nostalgia a modern touch. Located right in the heart of old town Lisbon in the Chiado district, a stone’s throw from Praça Luis de Camões, A Vida Portuguesa captures the best of Portuguese heritage and design in their one-stop shop. It was founded in 2004 by journalist Catarina Portas whose objective was to curate an inventory of Portuguese brands that survived the passage of time and tell stories about Portugal and its people. “From the beginning, we have established partnerships with several old Portuguese brands, in order to develop exclusive products: soaps with Ach Brito and Confiança, swallows with Bordallo Pinheiro, pencils with Viarco and ceramics with Secla. We celebrate products that have been handed down through generations and still touch our hearts today. They evoke the everyday life of another time and reveal the soul of our country.”

Beautiful ornate packaging of soaps and beauty creams is a nod to Portugal’s apothecaries of centuries ago. Claus Porto, which was founded in 1887, is best known for its aromatic handcrafted soaps drawing from the flora and fauna of Portugal, packaged in colourful azulejo-tile motifs. Benamôr, a beauty brand started by a pharmacist in 1925 in Lisbon, still carries its bestseller, the original “Miracle Face Cream” Benamôr Créme de Rosto featuring the same recipe from 1925. The cream comes packaged in Art Deco-style tubes, uses over 80 percent natural ingredients including rose extract and offers active anti-blemish properties. Fans of this cream included the last Queen of Portugal, Amélie of Orléans.

Located in the trendy neighbourhood of Príncipe Real atop one of Lisbon’s seven hills, Embaxiada is a mall with a curated list of local brands retailing soaps, traditional embroidery and even Lisbon’s best couture. Admire the architecture while you shop in the 19th century palatial Moorish building complete with a grand staircase and marble columns.

Tale as Old as Time

Catholicism was a state religion until the early 20th century, and Lisbon is home to many old monasteries and nunneries. The 13th century Carmo Convent in the bohemian Chiado district is a well-preserved ruin of tall Gothic vaults and arched windows restored by Pritzker prize-winning Portuguese architect Álvaro Siza, who built a pedestrian passageway that links to central Baixa.

Just around the corner is Cervejaria Trindade, Portugal’s oldest brewery that was converted from a 13th-century monastery in 1834. Here, the original tile art, Gothic motifs and high ceilings transport one back to the early 19th century. Secure a reservation for dinner on Wednesday nights (8–11pm), and enjoy Fado, a traditional and expressive lyrical musical performance.

Enjoy panoramic views of Baixa district from Elevador de Santa Justa, a lift in the city centre built in 1902 to help pedestrians navigate the hilly terrain. Designed by engineer Raoul Mesnier du Ponsard, who was a protégé of Gustav Eiffel, it is made of cast iron bearing filigree and Neo- Gothic finishes – a fine example of Industrial Revolution-era architecture. By contrast, the completed-in-1998 Gare do Oriente bus and metro interchange (Avenida Dom João II) by Spanish architect Santiago Calatrava looks strikingly modern in spite of Gothic vault details in its large canopy.

The Portuguese are humble about their diverse and extensive art, literature and design. Definitely worth a visit is MUDE, the Museum of Design and Fashion housed in a former Banco Nacional Ultramarino building. It has an extensive collection of haute couture from the 20th to 21st centuries, in addition to furniture, objects and industrial design from Portugal and the rest of the world.

Says Barbara Cuintho, Director of MUDE: “Lisbon is evolving into a kind of new Berlin with a Buenos Aires spirit. It’s very important to maintain our authenticity and culture, striking a balance between catering to tourists and locals, and avoiding gentrification.”

The Four Seasons Hotel Ritz Lisbon is an institution and the address to stay in town. It also holds its own as an art gallery with a sizeable collection of prized Portuguese art. Artworks from two of Portugal’s most prominent artists are located in the lobby – stunning tapestries and a marble mural by Almada Negreiros, and oil paintings by Carlos Botelho. The hotel also offers street art tours in a vintage sidecar, heading off the beaten path with a local art expert. Tour highlights include large-scale murals by world-renowned Portuguese street artist Vhils and Brazilian artist Nunca.

Those who are seeking unique collectibles should take a 20-minute drive outside of Lisbon to Monte Estoril to visit the studio of local artist Mariana Lima (tel: (+351) 91220 2433). She makes colourful, ethereal statues of saints and Mother Mary in various sizes, starting at 350€ for 45cm. “I started creating new patterns and endless forms using flowers, crockery birds, toys, Legos, marbles or any other object my imagination and intuition would come up with. My saints embody good feelings that spread a sense of hope, protection and peaceful happiness to everyone around them,” she says.

Feasts for all Palates

You can eat and drink very well in Lisbon for a song. Join the well-heeled locals at Prado, the current Lisbonite favourite. Opened in 2017 by Chef António Galapito, a protege of London-based Michelin-starred Portuguese chef Nuno Mendes, the minimalist restaurant features a seasonal farm-to-table menu, while the wine list invites diners on an interesting discovery of organic wines and spans the wine regions of Portugal.

Renowned Chef José Avillez’s two Michelin-starred restaurant Belcanto is modern and elegant. Order a la carte or go with the degustation, but make sure to try the signature “golden goose” egg dish. His casual outpost Bairro do Avillez is a delight, with hearty dishes of seafood as the main feature – the shrimps and garlic clams are musts.

Pick up some canned sardines and mackerel at petiscaria Miss Can, and enjoy a snack and an ice-cold pint. The Soares Ribeiro family owns two fish canneries dating back to 1911, and two of the founder’s grandchildren have decided to revive the business with a contemporary twist. Expect fun packaging featuring a modern mermaid mascot Miss Can, but the original canning recipes from a century ago.

As one of Western Europe’s oldest cities, Lisbon is possibly also one of Europe’s most underrated with plenty to offer. As my tour guide Patricia Canejo of Singulartrips puts it: “Lisbon is extremely cosmopolitan and a great creative hub. It has managed to integrate new design, fashion and architecture into our culture, without copying others but giving it an identity of our own.”