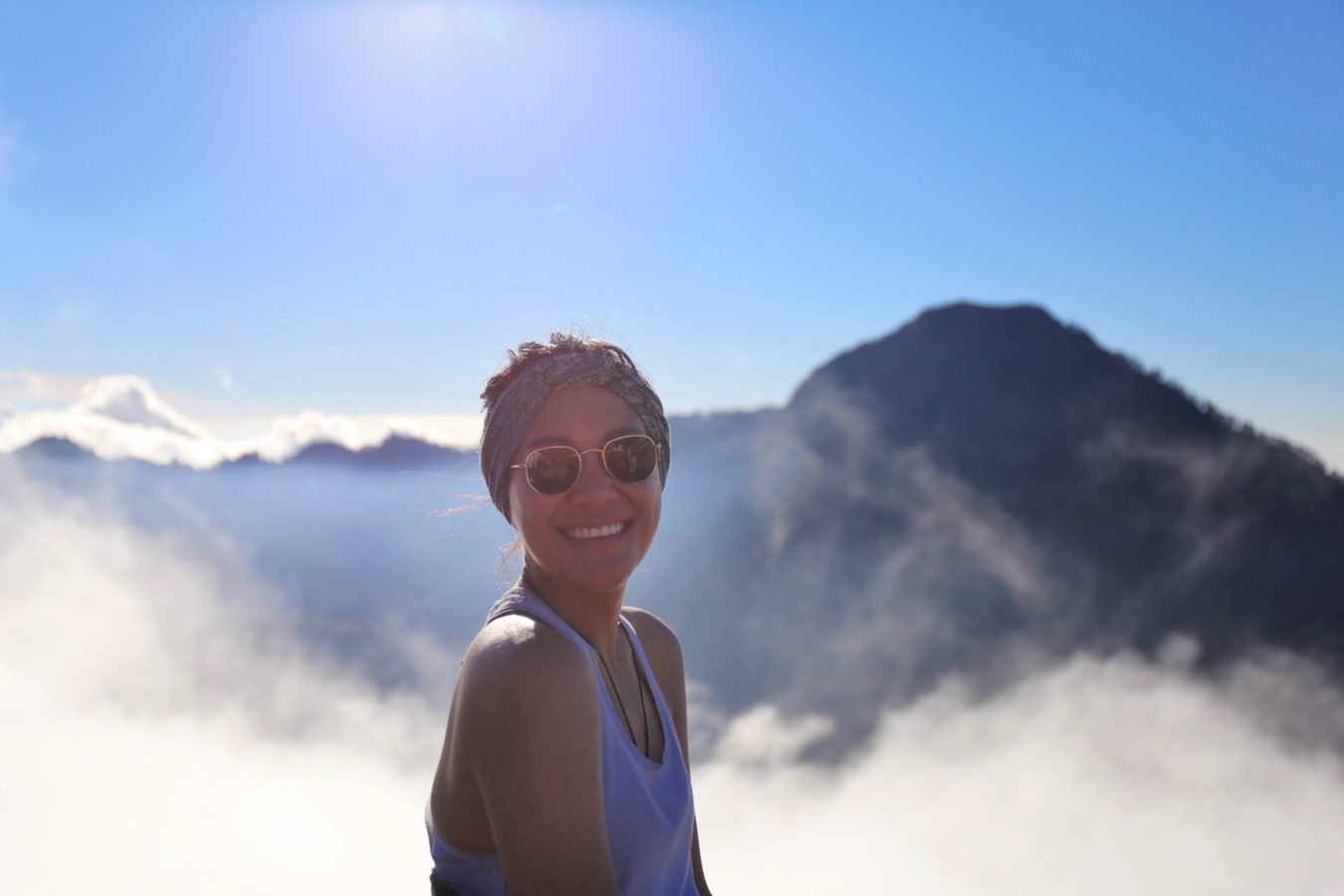 From exploring hidden, pitch-black caves in Xe Bang Fai to watching the salmon runs in Kamchatka, Pantila “Toei” Debhakam tells us about her most memorable adventure trips, and the breathtaking places she’s visited.

While jetting off to new lands isn’t on the cards just yet, it doesn’t hurt to keep the wanderlust alive by looking back at memorable trips taken, and dreaming of more exciting trips to come.

When we asked Pantila “Toei” Debhakam how she’s been dealing with the travel restrictions, the avid adventurer jokingly tells us that she’s been making up for it by exploring new places closer to home. “At the moment, I’ve been doing trail running in the North of Thailand,” she explains, “I just got back from Doi Inthanon and another Doi in Chiang Mai, so that’s kind of my way of getting that sense of excitement and adventure in Thailand.”

“I think what I love most about travelling is to be uncomfortable. Your whole experience is so magnified, just because you’ve never done anything like this before. It makes you much more aware of everything around you”
Pantila Debhakam

This much is true. A quick scroll through her Instagram account shows vibrant images of her scouring the forests of Chiang Mai, interspersed with mouth-watering gourmet journeys, and the occasional throwback to beautiful snaps of her exploring some of the world’s most gorgeous wonders.

She attributes her many trips to friends who share her passion for exhilarating experiences. “I think I found a group of friends who are just as crazy I am — we just love visiting new places together.” As we patiently wait to be able to travel again, Toei shares with us the five best trips she’s ever taken.

“Kashmir was the first trip I went on where I camped for 10 nights. We went as a group of around ten people, and visited what’s called the ‘Seven Lakes’, where you walk past seven valleys throughout Kashmir. The region itself is a bit like Switzerland — you’ve got snow, hot weather, and so many flowers, so it’s a place where you can really find everything. When we visited, a war was about to begin, and they actually closed off the entire zone after we returned from our trip, so that was a pretty cool experience.”

“Kamchatka is a town where there are more bears than people. We had to take a helicopter into the area, and there were volcanoes everywhere. What’s interesting was how normally safety measures are put in place for the visitors, but on this trip we camped on a bear island, and everything was set-up to protect the bears. There were people there to prevent the bears from attacking us, but we were the ones who had to stay in cages while the bears could roam freely around us. We were quite lucky, because we went during the salmon runs, which happens only once a year — so we got to see around ten thousand to a hundred thousand salmon swimming upriver, and the bears hunting them.”

“Lake Baikal is on another side of Russia from Kamchatka, but the scenery there is totally different. You can walk on all the lakes because everything is completely frozen — you can even drive on them. Most of my trips are centered around trekking, because I love exploring nature, so for this trip we went for a day trek. I remember it was so cold, around -15 C, and it was a very beautiful experience.”

“Xe Bang Fai is a river in Laos, and I think it’s got the biggest freshwater cave in the whole of Southeast Asia. We had to ride a kayak for ten hours in pitch black — five hours in, and five hours out. It was one of my most challenging trips, because we didn’t know that we would have to actually carry our kayaks up once we reached, and climb with it in the cave. Before our visit, there weren’t really any tourists in the area, so it was really like an undiscovered destination, and you couldn’t see much at all because there were no lights — just a torch on our heads, which had this really strong glare. Even though we couldn’t see anything, it was the overall experience itself that was really cool.”

“For our Indonesia trip, we went on a three-day trek in Rinjani. When we arrived, the people there told us that the trek was very difficult, and that most people could not make it up. It was a very memorable experience, because that was my first trek, and I had never felt as tired in my entire life. Once we reached, the view was very, very beautiful — it was a volcano that was about to erupt, and I later found out that it fully erupted a few years after my visit.”