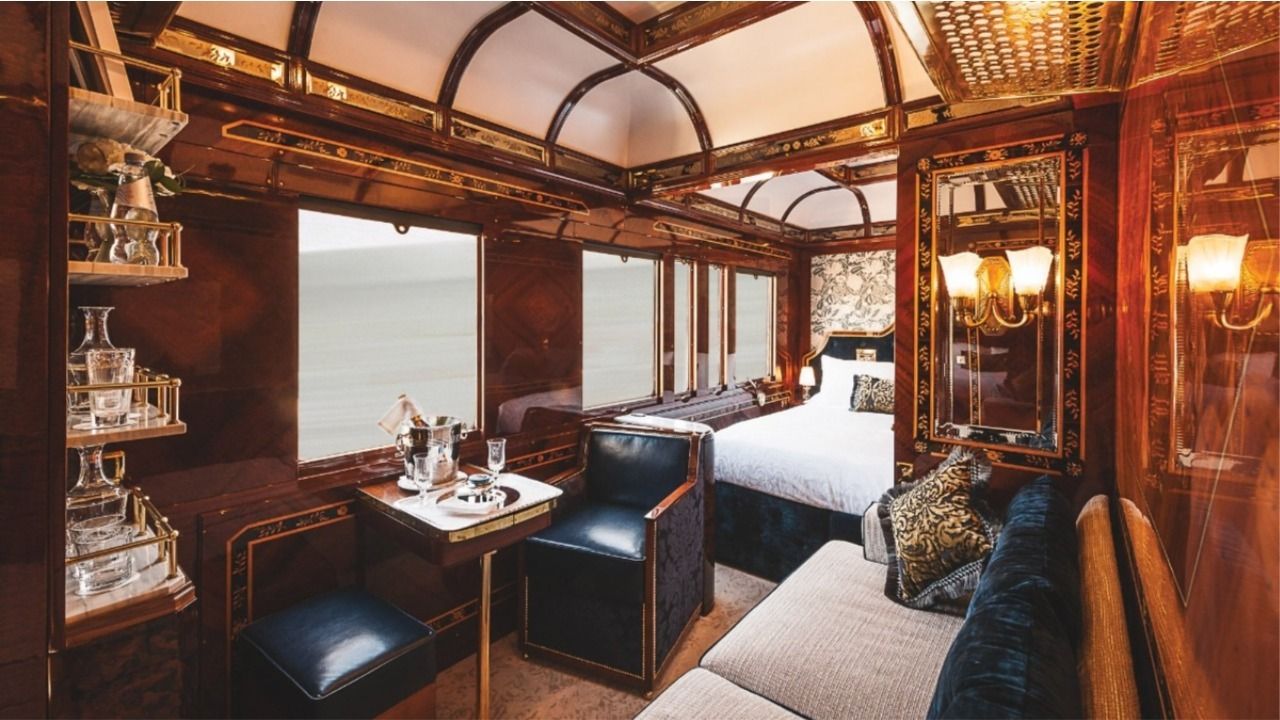 Anyone who’s read (or watched) Agatha Christie’s Murder on the Orient Express has immediately spent several minutes daydreaming about taking that legendary train trip — minus, you know, the obvious part.

And yes, you can absolutely do that: luxury traveller company Belmond launched its Venice Simplon-Orient-Express service in 1982, taking its guests from London to Venice and beyond, on its carefully restored vintage train cars. (And Belmond knows luxury; it became part of LVMH Moët Hennessy Louis Vuitton almost three years ago.)

This summer, it’s offering one of the most exquisite travel packages imaginable when it takes its Venice Simplon-Orient-Express guests on an unforgettable journey to celebrate the 250th anniversary of Veuve Clicquot. The trip will begin on Sunday, June 5, in Reims, France, where Veuve Clicquot has called home since 1772. After watching the sun rise over the city, guests will tour the Veuve Clicquot cellars with its cellarmaster Didier Mariotti. When everyone has finished lunch — and their Champagne — they’ll board the train.

The next morning, guests can watch another unforgettable sunrise and stretch their legs in Innsbruck station after passing into Austria. When the train arrives in Venice, everyone will be taken by boat to Belmond’s own Cipriani hotel. The festivities will continue that evening, with a sunset ball. (And maybe a bellini or two: the Cipriani’s founder invented the soft pink Prosecco cocktail.)

As you might have already imagined, this luxurious trip has a luxury price attached to it as well.

What else can we say but bon voyage?

This story first appeared on foodandwine.com.