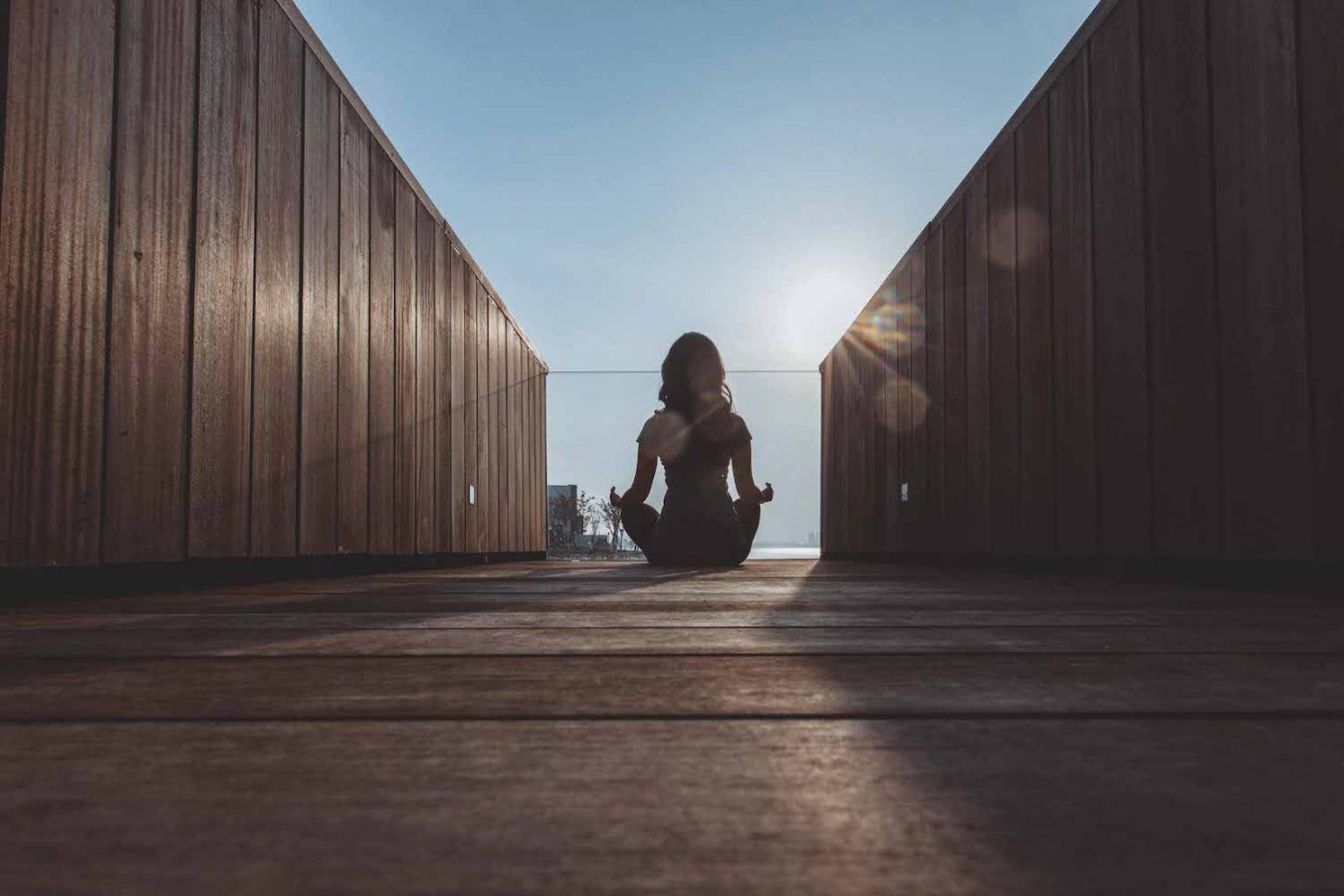 These luxury wellness destinations tap into the wisdom and practices of millennia-old well-being philosophies to help you restore balance and vitality.

An extensive medical system with origins dating back some 2,500 years, Traditional Chinese Medicine (TCM) focuses on restoring balance between two polar energies in the body – the yin and yang. Practitioners believe that any disruption to the equilibrium of these opposing life forces can cause disease and illness. Diagnostic methods include symptoms assessment, auscultation (listening), pulse reading and tongue analysis. To restore the body’s yin-yang harmony at this ancient healing destination, treatments such as acupuncture, moxibustion, cupping, gua sha, tui na, dietary therapy and herbal remedies may be administered with luxury wellness.

Plan a visit: The Chinese Wisdom TCM Program at Sangha Retreat by Octave Institute in Suzhou, China, draws on the traditional principles and methodologies outlined in Huangdi Neijing, the earliest and most important scholarly work of TCM. Addressing a wide range of health concerns, such as chronic fatigue, persistent pain, insomnia, allergic and even immune disorders, the six-night programme aims to reharmonise the body’s inner flow of energy. It begins with a Vital Qi diagnosis, a physical body composition analysis as well as a mental health check-in, followed by an individualised therapy plan that includes a cooking class, nutritional advice, sleep coaching as well as tai chi to encourage movement and concentration.

The Mayans were one of the most dominant and sophisticated civilisations of Mesoamerica, a historical region consisting of Mexico and most of Central America. In its heyday (250 and 900 CE), the ancient empire built magnificent cities as well as developed advanced writing, mathematics and astronomical systems that laid the foundation of modern science. Just as complex are the holistic healing traditions of the Maya, which incorporate herbalism, cosmovision and spirituality. Mayan healers, or shamans, believe the body and the soul are one, and ailments are the result of imbalances in the flow of ch’ulel, or life force, within and around the patient. Besides prescribing herbal remedies, shamans also perform rituals that involve prayers, fasting, sweating, offerings and massages to aid recovery.

Plan a visit: Embark on a journey towards self-acceptance and self-love with the Marry Oneself experience at Rosewood Mayakoba in Mexico. Led by the resort’s resident shaman, the three- to four-day programme is based on the ancient teachings of the Mayans, whose influence is still strong across the Yucatán Peninsula. Following a private consultation, each guest will partake in a customised itinerary that incorporates the four elements of the universe – air, earth, water and fire – with rituals like The Power of Listening with voice, drumming and singing bowls (Air); Walk of Silence, a shaman-led beach stroll (Earth); Flow & Evolve, an aquatic therapy session (Water); and Temazcal of New Fire, a traditional Mayan purifying steam bath. In this ancient healing technique, the guests will also be treated to an array of skincare or body treatments such as the Light of the Season to calm and stimulate the body with luxury wellness. The Marry Oneself journey culminates with a pre- Hispanic wedding ceremony to signify a lifelong commitment to unconditional self-love and acceptance.

One of the most advanced medical systems in the ancient world, Traditional Arabic & Islamic Medicine (TAIM) was built on the legacies left behind by Greek, Roman, Chinese, Mesopotamian, Persian and Indian physicians and scholars. It flourished during the Golden Age of Islam between the years 800 and 1450, and paved the way for modern orthodox medicine. The concepts and ideas by great Islamic physicians and scientists, such as Al-Razi, author of His Book of Medicine for Mansur, and Ibn Sina, who wrote The Canon of Medicine, were undisputed for centuries and are still discussed today. Within this school of thought, illnesses are generally indicative of a disordered state of body fluids and mind. Treatments come in the form of herbal medication, dietary adjustments as well as spiritual care.

Plan a visit: Chiva-Som, one of Asia’s top wellness destinations, has brought its healing expertise to Qatar with the opening of Zulal Wellness Resort, a sprawling 280,000 sqm property that embraces the philosophy of TAIM. The first in the world to hone in on this prominent traditional healing system, it offers over 400 treatments, all of which aim to inspire positive and enduring lifestyle changes. The spectacular resort is divided into two areas: the adults-only Zulal Serenity and the family-friendly Zulal Discovery. Programmes are tailored to individual health needs, whether for relaxation, detox, weight management or fitness. Zulal Serenity also boasts extensive wellness facilities, which include thermal and hydrotherapy suites, indoor and outdoor swimming pools, a gym outfitted with the latest Kinesis equipment, a state-of-the-art physiotherapy studio, an apothecary and an aesthetics centre.

You may not have heard of it, but you probably have tried it one way or another. Fango means mud in Italian, and the use of mud for healing and beauty purposes can be traced as far back as ancient Egypt, where royal physicians used clay as an anti-inflammatory agent. Cleopatra, too, slathered on mud from the Dead Sea as part of her beauty regimen. As the Roman Empire spread, fangotherapy rose to popularity in Europe for its ability to detoxify the body, nourish skin, improve circulation and relieve aches.

Plan a visit: Terme di Saturnia is a 3,000 year-old thermal retreat in southern Tuscany, Italy, where its mineral-rich spring water stays at a soothing 37.5 deg C. Harnessing its natural healing powers is its namesake five-star spa resort, which is set within 120 hectares of Tuscan countryside and houses several hot spring pools. For the ultimate fangotherapy experience, consider the four-day Thermal Detox programme that combines the benefits of the sulphurous mud from Saturnia’s thermal springs with physiotherapeutic and rehabilitative treatments.

The 5,000 year-old practice – meaning “the science of life” in Sanskrit – is more than just a healing system; it’s a lifestyle. Ayurveda emphasises the prevention of poor health, and encourages the maintenance of health through holistic regimens that promote balance of the mind, body and consciousness. These include meditation, mantras, dietary changes, yoga, massages and herbal medicine. How they are prescribed or adopted depends on each person’s unique constitution, or dosha, made up of the three bio-energies (pitta, vata and kapha) present in the body. Knowing your own composition can help you and an Ayurvedic practitioner tackle ailments more effectively should you fall out of balance.

Plan a visit: Set around a restored Maharaja’s palace in the foothills of the Himalayas in India, the award-winning Ananda is a destination spa surrounded by lush Sal forests and boasts views of the peaceful Ganga River. Its proximity to spiritual cities of Haridwar, the gateway to the gods, and Rishikesh, the birthplace of yoga, lends this five-star, top- drawer retreat a sense of sacredness. No wonder Oprah Winfrey and The Beatles were once guests. Here, the philosophy of Ayurveda threads through the entire property. Especially beneficial is the Ayurvedic Rejuvenation and Immunity Booster programme, which seeks to revitalise the body with Ayurvedic treatments, nourishing meals, immuno- enhancing remedies and yoga. Emerge with improved immunity and energy, better metabolism and glowing skin.

The Kingdom of Lanna, which covered most of present-day Northern Thailand, was founded by King Mengrai in the 13th century. It reached its zenith in the 15th century under King Tilokaraj, who spent much of his reign solidifying and spreading Theravada Buddhism in the region. In the 16th century, weakened by wars with surrounding kingdoms, Lanna fell under Burmese rule. Two centuries later, Siam gained control of the state. Even though Lanna ceased to exist, a strong Lanna identity endures in Chiang Mai, apparent in its cuisine, temples, festivals, language and architectural landscape. Traditional Lanna medicine, with its endless herbal formulas alongside physical therapies such as cupping and tok sen massage using wooden hammers, can also be found in the city today.

Plan a visit: Ease sore muscles and tight knots with Yam Khang, or Thai Fire Therapy, an ancient Lanna therapy offered at Anantara Chiang Mai Resort. Regarded as a sacred art that can only be performed by a therapist who has gained a high spiritual maturity, the treatment begins with the practitioner dipping her foot into an iron plough shear (or khang) containing a healing oil that has been heated over an open fire. Then, using her foot, she massages the guest’s body. Another traditional Lanna method is the 90-minute Yajoo treatment that starts off with a heated herbal poultice pressed along the body to relieve pain and inflammation, followed by a herbal oil body massage, a light head massage and tok sen. The latter is carried out in a light tapping motion along the body’s energy line to relax muscles, heal chronic pain and improve circulation.

Bathing in natural springs is a therapy as old as the first civilisations. Practised across various cultures from the Japanese (onsen) to the Turkish (hammam), balneotherapy is beneficial for a range of chronic skin and musculoskeletal conditions including arthritis, psoriasis and fibromyalgia. With little to no side effects, this ancient healing method is also used for overall psychological and physical well-being to promote relaxation and improve sleep.

Plan a visit: Nestled amid the foothills of the Alps in eastern Switzerland, Grand Resort Bad Ragaz is a luxury wellness-focused resort centred around balneotherapy. There are five thermal baths within the property, and all are filled with healing thermal water from the famous Tamina Gorge. The best way to reap the benefits of this mineral-rich resource is through the resort’s four-day Experience Water package, which includes a guided hike to Tamina Gorge, water tasting with its resident water sommelier, an Aqua personal training session and a Tamina Flow massage.

Stemming from the Greek word “thalassa”, meaning sea, the term “thalassotherapy” was coined by French doctor Joseph de la Bonnardiére in 1865 – although the therapeutic use of seawater and the marine environment has existed since antiquity. Said to stimulate endocrine functions, improve blood circulation, boost the immune system and aid in musculoskeletal issues, the stress-relieving, science-backed treatment is administered under medical supervision in specialised seaside wellness centres across many destinations in Europe.

Plan a visit: The Rejuvenation Spa at Myconian Villa Collection in Mykonos, Greece, will nurture your body and soul with its luxurious thalassotherapy pool and a menu of stress-relieving, tension-melting treatments. One that stays true to the principles of thalassotherapy is the Chill Out Shell Massage, in which heated clam shells are used with avocado and coconut oil to induce a state of deep relaxation while stimulating metabolism and boosting skin’s radiance. Moreover, with Mykonos’ ionised sea air and bright Aegean sun, you’ll be sporting an enviable holiday glow.