After much hype and fanfare, Standard International’s first hotel in Thailand has finally swung its doors open today in Hua Hin, bringing a unique brand of sensible design and trendy lifestyle accoutrements to Asia.

It’s two weeks before the December 1 opening of The Standard, Hua Hin. A group of media has just arrived from Bangkok for a 24-hour blitz preview of this latest resort addition in the middle of what the government is promoting as the “Thai Riviera” – a stretch of coastline between Phetchaburi in the north and Chumpon in the south, overlooking the Gulf of Thailand. The excitement is palpable, and the cameras and phones are out to capture the best Instagram moments. As it turns out, there’s plenty of opportunity for that between all the “oohs” and the “aahs”. 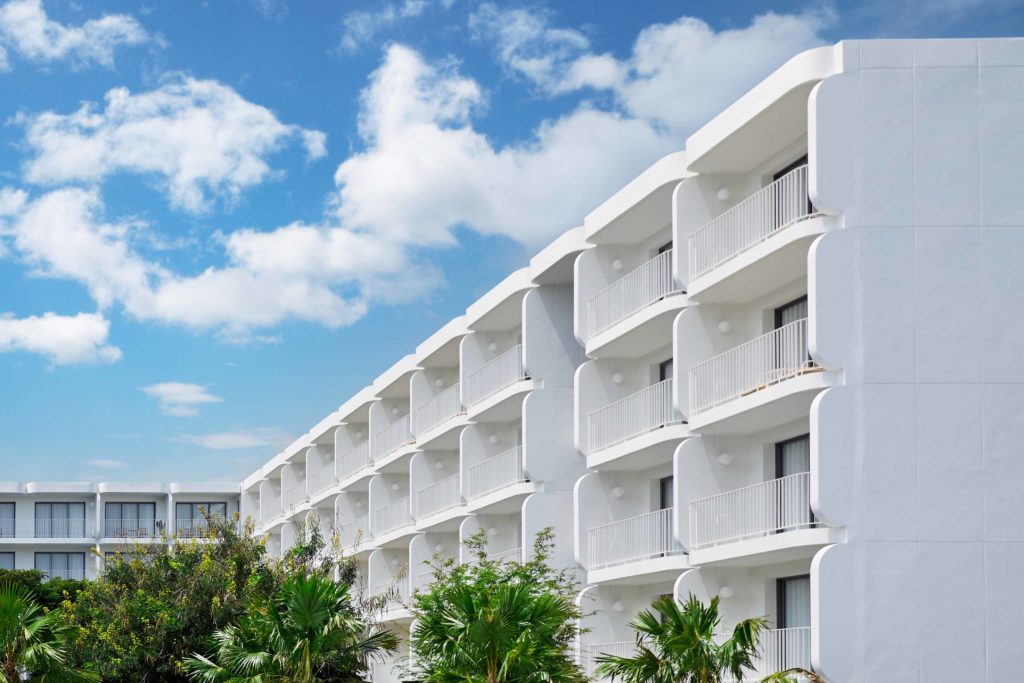 A welcome drink later, we are unceremoniously separated in groups for a grand tour. The first thing that strikes me is that the landscaping looks very established for a new resort, and I’m told that great care was taken to preserve the existing lush greenery and trees. From the open lobby, a long narrow plot of land leading towards the ocean has been utilised to its fullest potential, with 178 guestrooms in two medium-rise buildings, followed by 21 pool villas, grouped together in clusters (in a traditional Thai “compound” kind of way, which is great for families or groups of friends travelling together). Beyond that are the food and beverage outlets, the pool, and the beach.

The Concept and Design

The architectural and interior style of the rooms and villas is best described as a hip and clean aesthetic with a neutral palette, juxtaposed with pops of colour or, in other words, “pretty cool”. As a brand, The Standard likes to be billed as “boutique”, with an uncompromised approach to design and all things artsy, and it delivers on that promise. There’s yellow-and-white candy-striped deck chairs and pool towels, mirror balls in the bathrooms, psychedelic pink floaties a fixture at the pool villas, designer furniture, and lots of great artwork scattered around – both indoors and outdoors.

I’m impressed. It’s fun. It’s quirky. And it’s exactly what Hua Hin was lacking, I think to myself. Just more than a century ago, when the construction of a railroad connected the former sleepy fishing village with Bangkok, Hua Hin quickly emerged as a holiday retreat for the royal family and travellers from the capital. It’s a reputation that holds true for the older generations, but the old-world charm has somewhat lost its allure for a younger, cool crowd. I suspect The Standard, Hua Hin could possibly change that, and the addition of such a stylish and vibrant beachfront resort will attract Bangkok’s cool kids and creative set again. 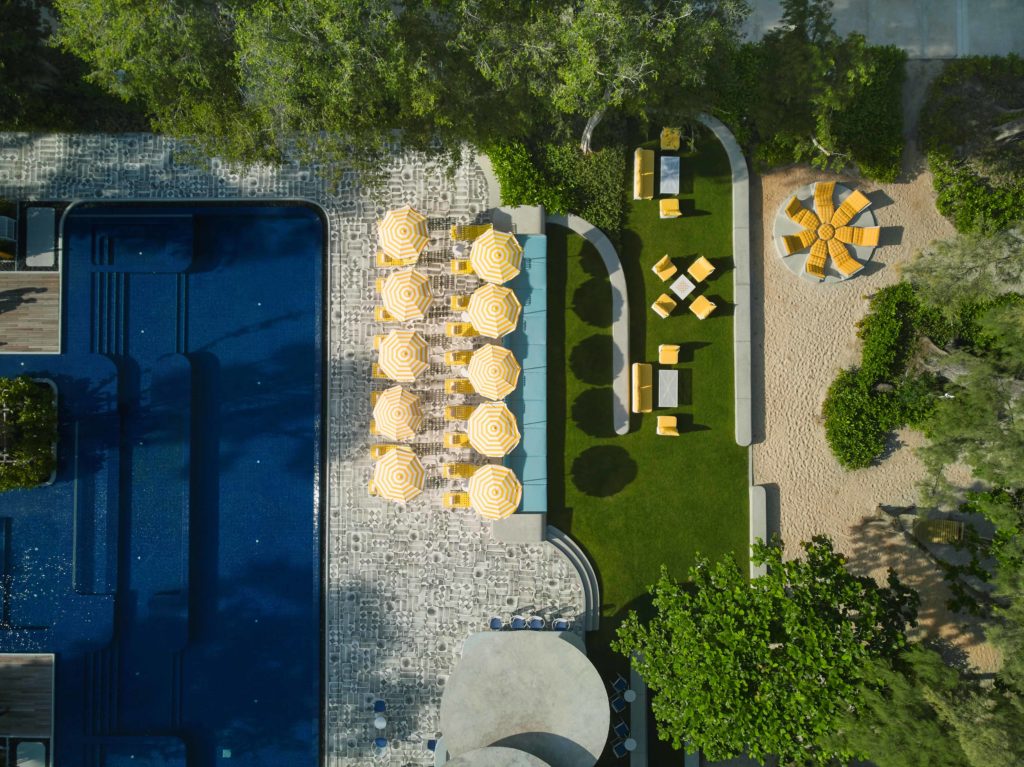 The location puts the resort right in the heart of Hua Hin town, with local markets, fresh seafood restaurants, and street-side food stalls just a short stroll away. That’s if you can tear yourself away from The Standard, Hua Hin’s diverse offerings. 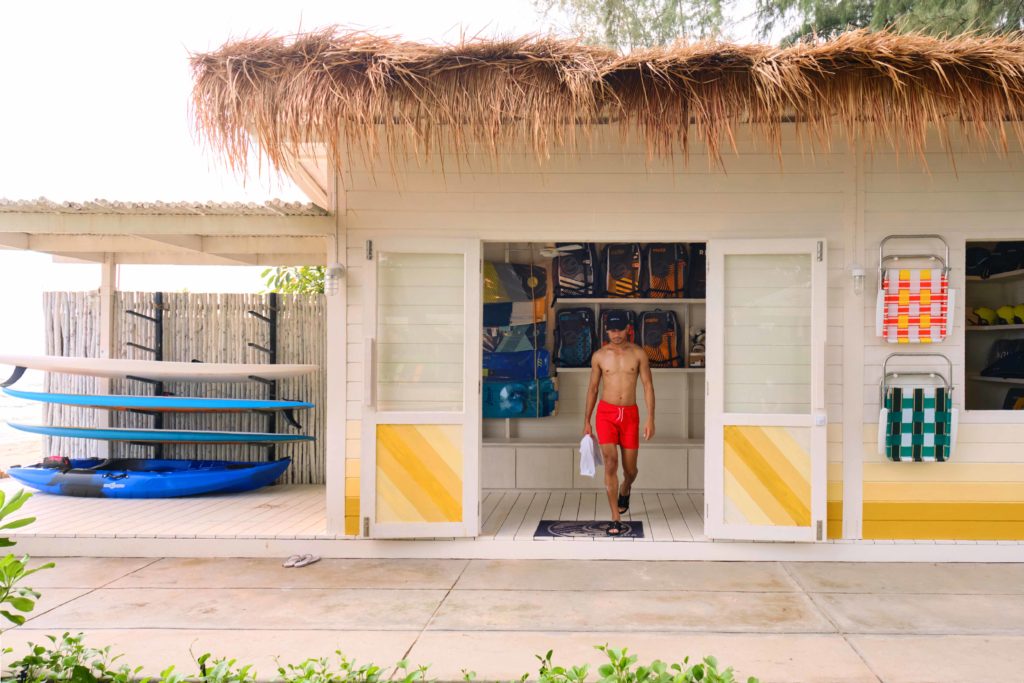 The main pool with its retro deck chairs is reminiscent of the beloved Standard hotel in Miami. US-based Indonesian artist Romon Kimin Yang apparently spent a back-breaking eight days to create the “floor graffiti” that surrounds the pool. At The Spa, which reimagines the modern spa experience in a bright, inviting space with four private treatment rooms, a signature mud treatment promises a rejuvenating experience.

Over the course of the next day, we get a taste of the culinary offerings at The Lido restaurant and bar, an al fresco Italian-inspired eatery, which is also where a hearty breakfast is served. Health aficionados will be very chuffed to discover The Juice Café, offering a selection of coffees, fresh pressed juices, smoothies, elixirs and healthy snacks. An impeccably restored heritage house on the property has been reinvented as Praça, serving traditional Thai family-style dishes prepared with local recipes and paired with craft cocktails.

It’s here, at Praça, where I’m seated next to Standard International Executive Chairman Amar Lalvani that evening for a scrumptious Thai izakaya tasting menu. “It’s my first time seeing the resort, too. With global travel restrictions it’s been difficult to get here earlier, but I’m proud of what the team has done. It’s exactly how I had imaged it,” he says. 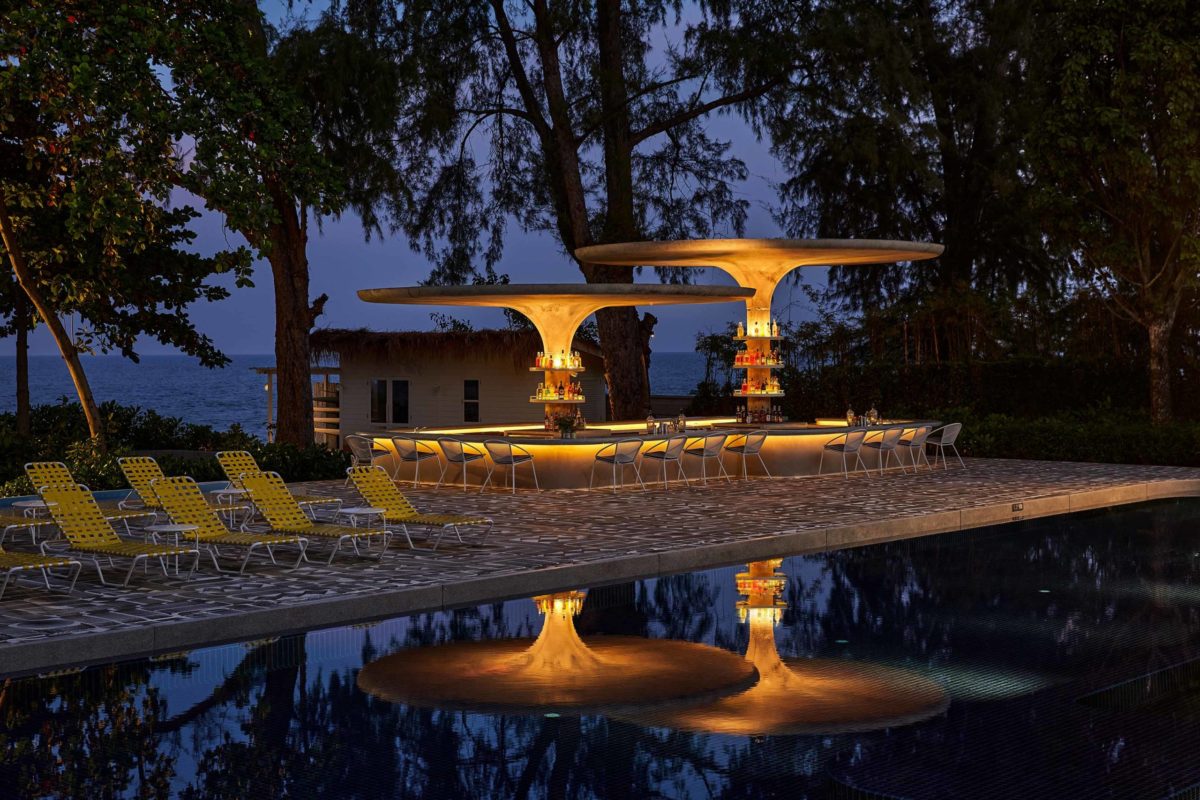 And just then, the lights are dimmed, and Thai drag queen sensation Pangina Heals appears – to great applause from the guests – for an energy-packed lip-sync rendition of some or other disco anthem, before hosting a fun game of not-so-standard bingo.

The Standard with its upside-down logo has arrived. Next stop is opening in May 2022 in Bangkok’s tallest building, King Power Mahanakhon Tower, followed by Singapore sometime in 2023. Prepare to be dazzled.