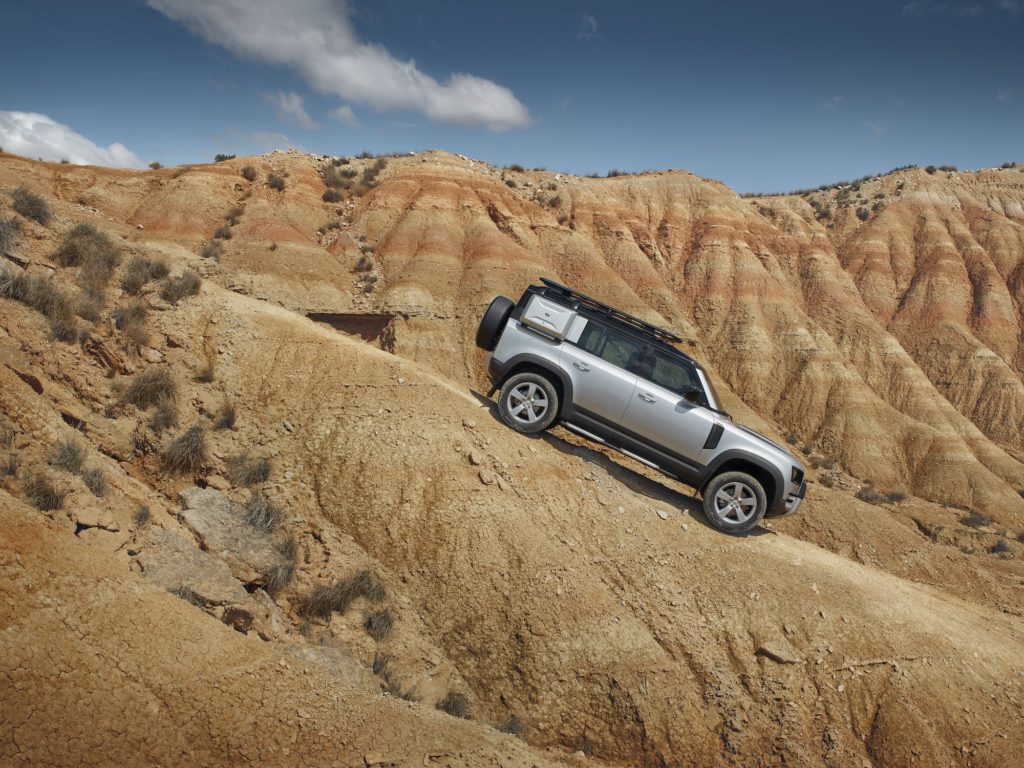 The long-awaited rebirth of the Land Rover Defender is here

The latest generation of the most iconic 4×4 has finally arrived.

The new Land Rover Defender is way different from its predecessor and rightfully so. It had to grow up and move with the times, and it has. There are some hints of its predecessor though. The shoulders mimic the original’s and the proportions are clearly those of a Defender – but much larger, as expected.

Step inside and the cabin is like nothing else the brand has created before. Exposed screws, powder-coated aluminium trim, bands of body-coloured metal and the imposing magnesium dash, with padded rails, on which the word “Defender” is proudly stamped.

Also new is Jaguar Land Rover’s most advanced electronic architecture and infotainment interface yet. It has always-on 4G and 5G, voice activation, software-over-the-air upgrade capability and a 12.3-inch interactive driver display. There’s ample room for five adults and storage options galore, including space for 857 litres of luggage. A favourite of many will be the refrigerated centre console box – it is able to keep a can or packet of beverage ice-cold.

With large glass areas, all-round visibility is decent. However, the new Defender is huge (over 5m long and 2m wide) and may be fairly imposing to manoeuvre, especially in tight areas. To the rescue comes ClearSight Rear View Mirror and ClearSight Ground View. The former uses a high-definition camera to eliminate D-pillar blind spots and enable the driver to see behind, even when the luggage area is completely full. The latter uses a downward-facing camera to show terrain just ahead of the front wheels to enable easier placement of the car always.

The new Defender available here is the five-seater 3.0P First Edition mild hybrid variant. It is equipped with the upgraded Terrain Response 2 system with configurable settings, permanent four-wheel drive, eight-speed automatic transmission and two-speed transfer case. Propelled by the twin-charged 3-litre in-line six-cylinder engine which churns out 400PS and 550Nm, it will go more places, more capably, than arguably any other 4×4 available.

While taking it off-road is almost impossible in Singapore, within the tighter confines of the city area, it feels more alert and the steering is swifter to react than the Discovery (the Land Rover that’s closest in character to the new Defender). Most impressive is the way it handles the open road and the daily grind. It has ample pace (0-100km/h in 6.1 seconds) and the cornering ability of a smaller, nimbler SUV. Judged on its rugged looks and 2.4-tonne kerb weight, you would never have guessed this. On pockmarked roads, the ride remains supremely comfortable despite the huge 20-inch alloy wheels.

The new Land Rover Defender makes some of its competitors look, well, one-dimensional. It also adds a degree of on-road fun that was truly unexpected. That it has one of the coolest designs with one of the most cool-looking, functional interiors makes it a winner and more-than-worthy successor to its predecessor.

Conversations: Quentin Hebert from Piaget On the “New Normal” in Watchmaking