3 newest and quirkiest cocktail menus in Singapore to try 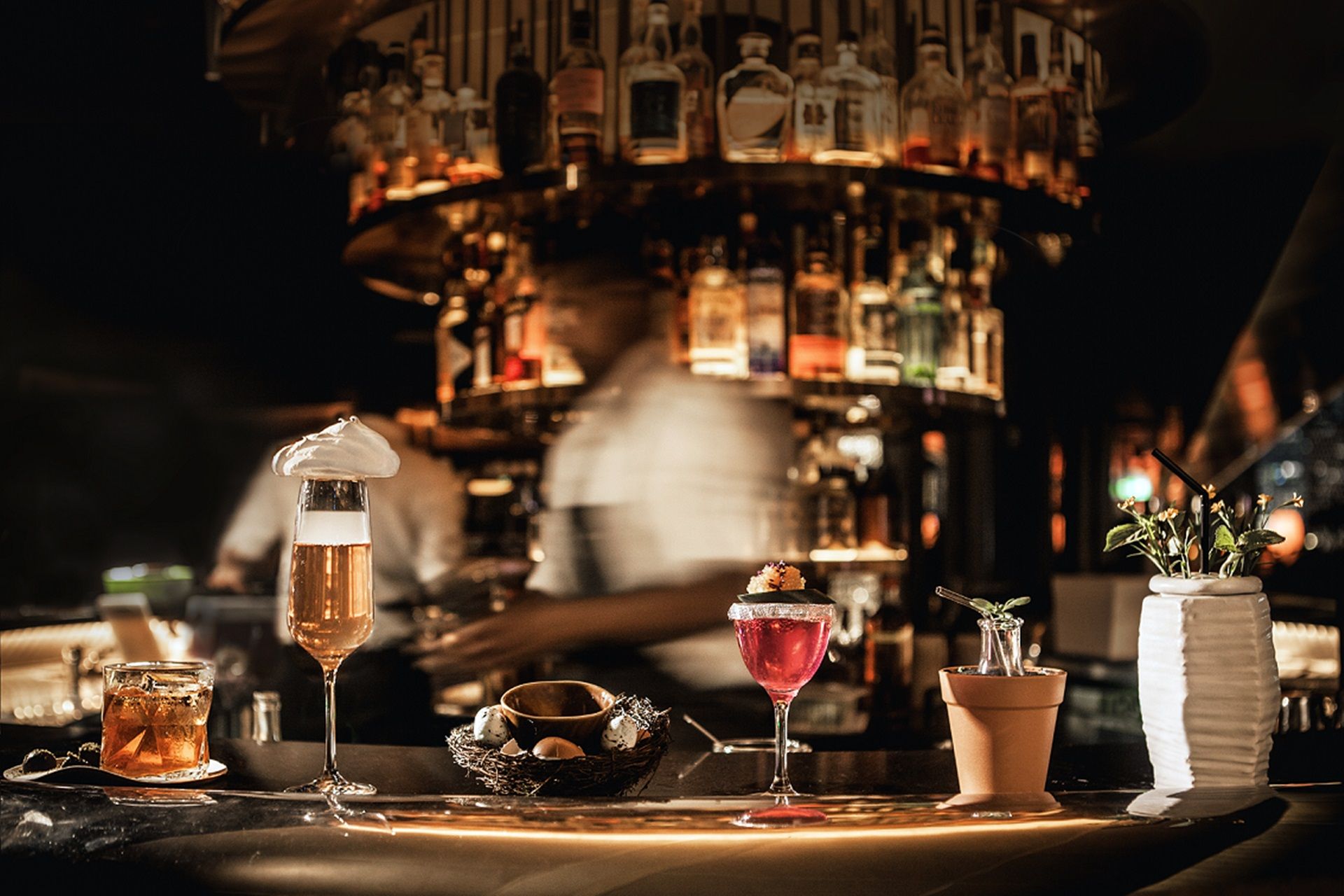 “Raising the bar” may be an overused play on words to describe how bartenders are upping their ante when it comes to creating new cocktail menus in Singapore, but we just couldn’t find a more suitable phrase.

Our senses were heightened as we sipped on some of the most innovative and creative concoctions to date. From the sight of rainbow-coloured gummy bears to the smell of garden herbs as garnishes, these are the finest and newest cocktail menus in Singapore worthy of dipping your tongue into.

Yugnes Susela wanted to be a chef when he was a kid, but he became one of the most imaginative bartenders in Asia instead. Not a bad tradeoff as he now heads one of the best bars in Singapore with a splendid view. His open office, Smoke & Mirrors, faces the iconic Marina Bay Sands and from this shiny bar-post atop the National Gallery, Susela’s love for culinary still shines in liquid form.

Smoke & Mirrors’ new cocktail menu features 10 progressive drinks that artfully engage each taste bud, from saltiness to sourness, and are presented in a fashion typically seen in food styling. Its signature cocktail is boldly named after the bar itself, but it is in fact inspired by another establishment: Mugaritz in Spain. Susela was fascinated by the Michelin-starred restaurant’s famous dish, which featured potatoes coated in edible grey clay, passing off as stones, and served in a bowl of “dirt” no less. Thus, the tequila-based cocktail’s garnishes of an edible landscape, settled on an especially wavy plate sourced from Japan, consist of “soil” (cocoa powder and pistachios) and “stones” (not potatoes but incognito apples). The drink itself is strong and slightly spiced.

Besides that, we also tried the umami-rich Kurokawa, a kombu-infused vodka potion, shaken with gomasio (made from black sesame and salt) and house-made ponzu. It is served in a Japanese urushi masu cup, where its square-shaped rim held garnishes of micro tomatoes and sea grapes. Our favourite though is the Purple Gringo, which gets its lush colour from the red cabbage shrub, blended with vinegar and sugar for a vegetal yet sweet and sour flavour. It is topped with some miso caviar.

Before you start sipping on any beverage here, you’d be beheading some gummy bears. Yes, you read that right. This is how you’ll be selecting your cocktails at Tippling Club from now on. Chew on the world’s first edible cocktail menu, where instead of reading off a regular primitive piece of paper as a menu, patrons get a classic striped candy bag stuffed with 12 gummy bears.

Why gummy bears? Well, according to head bartender and master dreamer, Joe Schofield, “it’s nostalgic and it’s fun.” The bar-restaurant currently produces 1,200 of these bad boys per day. “Another plus point is that gummy bears have the same shape and design but come in different flavours,” Schofield adds. The 12 unique tastes of Tippling Club’s bears didn’t exist before and were developed by Schofield and chef-boss Ryan Clift, making it the coolest cocktail menu in Singapore, bar none. Each of the bears bears a dream or desire, from the universal wants of Power (gingerbread-flavoured) and Success (fine shiraz-flavoured), to the deep-seated wishes for Revenge (umami and blood-flavoured) and Super Car (petrol, leather and metal-flavoured, which oddly tastes like spiced truffles).

But if you think the gummies were trippy, wait ‘till you get a load of the drinks. Be lured by Lust, an elixir of champagne, peach, tonka bean and vanilla — inspired by a Coco Chanel perfume as encapsulated by its gummy. The Peace bear offers notes of jasmine and lemon zests, foretasting a cure-all concoction of almond milk, citrus and lemon balm, dutifully spiked with vodka and crowned with a meringue moulded like the peace symbol. Another notable edible garnish comes with Beauty, a fruity boozy drink. The cocktail is served with what looks like a tube of Chapstick, but is actually a retractable stick of cherry sorbet, beautifully housed in a black lipstick case. And also, a word of caution: order the Baby cocktail only with and around close company, as the unassuming gin-based dairy drink, which tastes strikingly similar to Yakult, is served in a baby bottle. Not something you’d want to suck on while sealing a business deal or meeting someone for the first time.

Putting the bird in a bird’s-eye view, Andaz Singapore’s newly opened 39th-floor rooftop bar is named after the large, long-legged bird, banking on the fact that they are considered good omens, especially when they build their nests on top of buildings.

No nests here, just a place teeming with teepees and trees. The teepee-tastic huts at Mr Stork are perfect for lolling with friends while eyeing Singapore’s skyline and the spectacular sunset. Cobbled pathways connect the different seating enclaves, leading to the circular bar where you can order botanical cocktails inspired by the tropical garden set on the 360-degree elevated space. Fresh herbs dictate the menu, with drinks named Basil, Thyme and Ginseng calling out to imbibers.

We chose to down a glass of Ginger, which has, of course ginger, lime and tequila’s cousin: mezcal, made from roasted agave. Due to the liquor’s intense flavour, the cocktail has smoky depths and a lingering warmth. For something more refreshing to beat the heat, the Ruby is set to be a gem. Presented in a cute elephant mug, there is lemon, ginger, fresh mint, vermouth and Ceylon Arrack, a traditional Sri Lankan spirit distilled from the sap of the coconut flower and aged in Sri Lankan oak casks – all these amplifying the clear flora and fauna theme of this jungle in the sky.