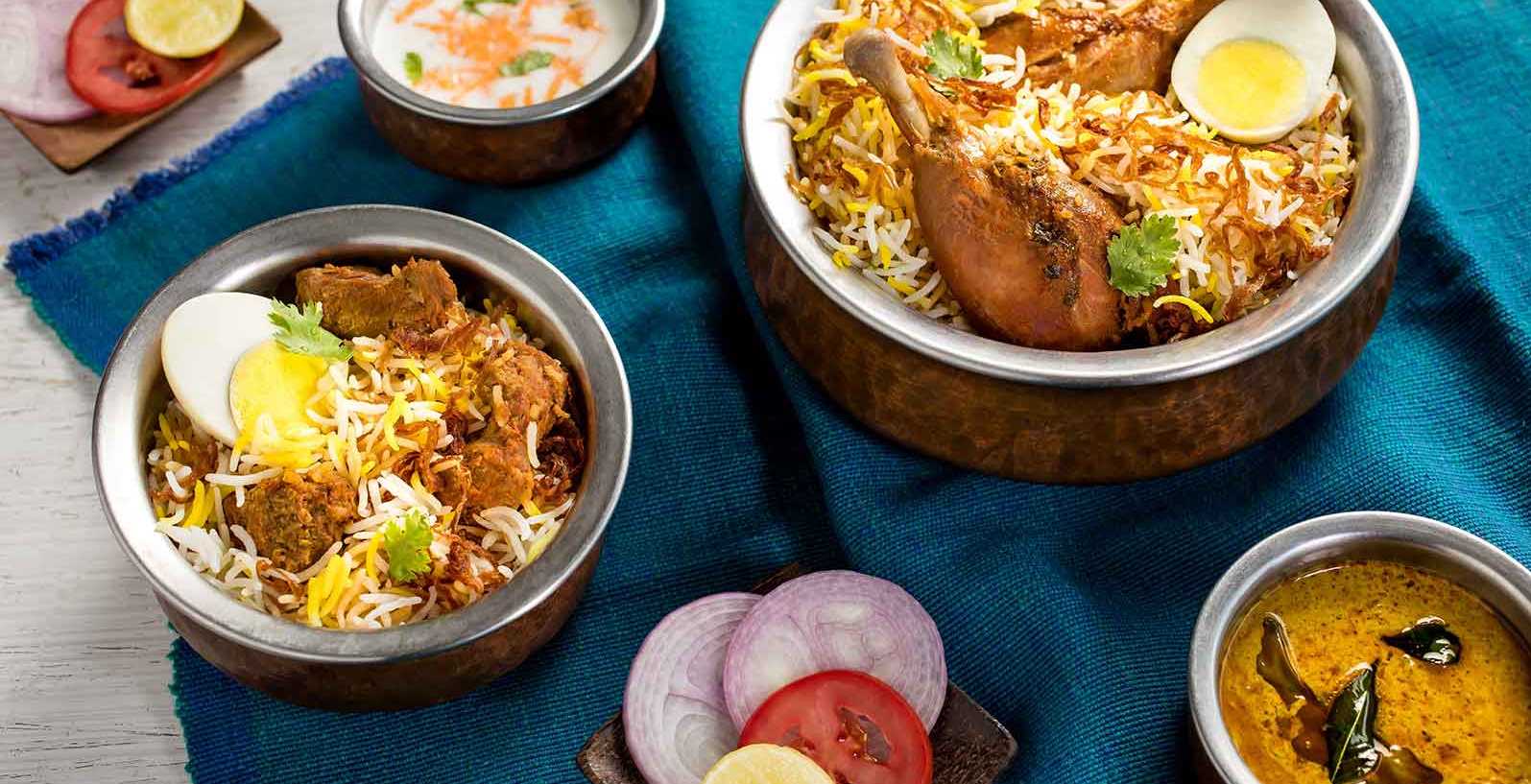 Festivities are all about fun, frolic and food. Bakr Eidis celebrated at the time of Dhu al-Hijjah — the twelfth and final month in the Islamic calendar. The Muslim community believes that Allah ordered Abraham to sacrifice his son, Ishmael. Ibrahim religiously obeyed Allah’s orders, but his son got replaced by a sheep at the last moment. Hence, Muslims all around the globe sacrifice a sheep or a goat and share it with family members to celebrate this occasion. With Bakr Eidapproaching on July 19 and ending on July 20, here are some delicacies no one should miss during the celebrations.

When we think of biryani, we are invariably reminded of the 400-year-old city of Hyderabad. Although, the dish most likely originated in Iran. The term biriyani itself can be traced to the original Persian birinj biriyan, meaning fried rice. Eid festivities are incomplete without this aromatic and spicy rice delicacy. The popular dish is the perfect combination of spiced rice, vegetables and mutton (or any meat). The versatility of biryani can be proved by the fact that it can be served with anything from raita, mirch ka salan and salads to even pickles.

Biryani love is not only limited to Bakr Eid but can also be served during other festivities. Andhra Bhavan, Al Jawahar, Awadhi Season, Bikkgane Biryani, Biryani by Kilo, Behrouz Biryani, Biryani Blues, Karim’s and Kolkata Biryani House are some places you can order biryani from.

The word galouti means something ‘melts in the mouth.’ Galouti Kebabs are essentially minced meat cutlets known for their melt-in-your-mouth quality, which they get from the method of preparation. These kebabs first originated in the kitchen of Siraj-ud-Daula’s successor, Lucknow’s famous nawab — Asad-ud-Daula — who was extremely fond of kebabs. When he grew old and lost his teeth, the royal chefs got together and produced a variety of kebabs that the Nawab could eat without exerting much. This gave to the creation of the one that would melt in his mouth.

Be prepared for an explosion of flavours as your taste buds sample succulent kebabs drenched in spices and condiments. Some places to order these kebabs are Alkakori Alkauser, Kakori House, Khan Chacha, Oh My Kebab, Rajinder Da Dhaba and Tunday Kababi.

Turk confectioner Haci Bekir Effendi invented the Turkish delight. These small, jellied cubes — known as lokum in Turkey — became a renowned dessert in the country when he set up his sweet shop in 1777. Soon, praise of this delish reached the then ruler of the Ottoman Empire, Sultan Mahmud II. Then, Effendi was honoured as the chief confectioner to the Ottoman Palace.

The chewy sweet is a combination of starch, sugar, and other scrumptious fillings like dates, pistachios and walnuts. It is also one of the most beautiful Eid desserts and it comes different colours. Planning to try this delicacy? Hurrems Turkish Baklava Confectionery, Kunafa, Levantine and Oasis Baklawa, are here to satiate your sweet cravings this Eid.

What happens when vermicelli, milk, sugar, dates and dried fruits come together? The holy grail of all Eid desserts is conjured. Although a Persian dessert — sheer means milk and khurma means dates, in Persian — this creamy dish is a hot favourite in Central Asia. Some of the best places to try out this delicacy are Sofitel Mumbai BKC, Taj Mahal Palace and The Bohri Kitchen.

How can Bakr Eid celebrations be complete without spoiling ourselves with some spicy roast lamb? Every inch of this dish screams Eid Mubarak. Spices and herbs come together to prepare this heavenly dish — the softer the texture of the meat, the better. Café Basilico, Mostly Grills, Karim’s, Pali Bhavan, Souk and The Good Wife are some places where you can try out this delicacy.