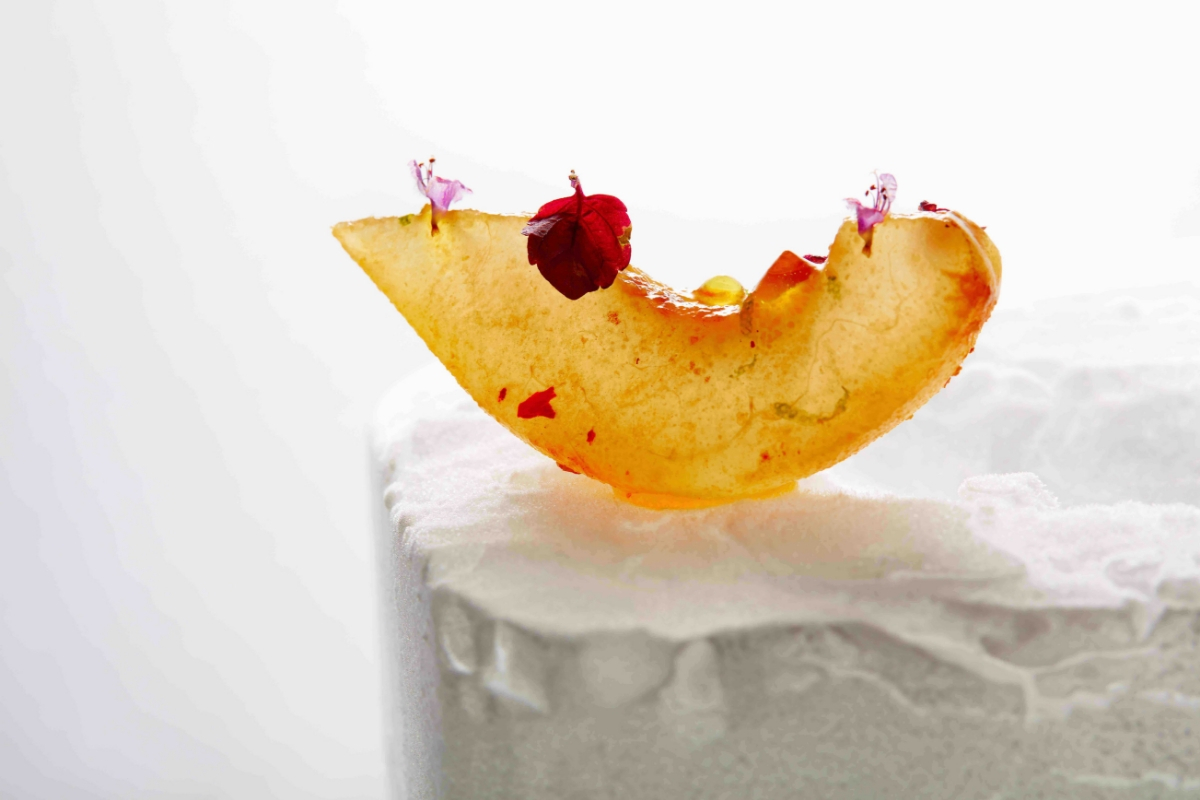 He’s been compiling recipes and experimenting with ingredients and presentation for his new menu for nine months now, but he’s still not satisfied. Almost two years after taking the helm at Le Pan restaurant in Kowloon Bay – where an appreciative following has been enjoying his take on top-tier contemporary French cuisine – Chef Edward Voon is aiming to engage diners with a 33-course menu that moves away from Gallic listings.

The native Singaporean is presenting two evenings of 33 dishes that tap into more regional cuisines, which the restaurant is calling Asia Unleashed 33.

When we meet in the middle of last month, he’s honing aspects of these courses, which are tasting-size and typical of his cuisine: intense layered flavours, appealing textural contrasts and striking presentation. During the meeting I try five prototype dishes that will almost certainly be continually tweaked, Voon confesses, until the very last moment.

The first, a laksa, is a show stopper: a layer of aerated spicy soup, light as air while big on flavour, topped with crispy dried shrimp that contrasts with the creamy eggs royale at the base. The egg is a substitute for bean curd usually used, and it’s all served in a small bulbous glass bowl through which the layering of colours is all part of the enjoyment.

Such presentation and techniques are standard for Voon, with his years of top European kitchen experience. But 33 courses in one sitting? Is he feeling the heat a bit for his self-set late-October challenge?

“It’s just another day in the kitchen for me,” he says, philosophically. “It’s [really about] how we prepare – how we put things together, synchronise with the service crew.”

So where did the ambitious idea spring from? “People in Hong Kong love Singaporean food, they love the fragrances of Asia. So I thought, why not offer something different – the type of cuisine, different construction, cooking from my roots? It’s definitely not fusion – I understand the taste, I respect the cuisine of my upbringing and want to take it to a gastronomic level. The techniques are still French, and we want to give people a ‘wow’ with the taste – but there’s a lot of playing with what goes with what… if you mix cream with chilli oil, then there’s a reaction.”

Besides Voon’s Singaporean culinary reinterpretations, which naturally dominate the assemblage, other Asian-inspired dishes in the listing are from places he has visited – a few Thai reinterpretations are included, along with one based on Peking duck pancakes. “It’s about sharing my favourite flavours,” he says. “Some of the most inspiring dishes I’ve had are from hawkers on the street, with their limited means of ingredients.”

Alongside the banquet of reimagined Asian dishes are a few of Voon’s modern seafood-forward courses. “In one course we have Alba white truffles, caviar, oyster, foie gras and a nicely marinated ginger sauce. So that’s European style but with a splash of Asian ingredients: it changes everything,” he says.

Two more dishes I try during this interview is Voon’s XO Martini: potato mousseline drizzled with chilli oil atop a creamy and crunchy layer laden with oysters and XO sauce, served in a Martini glass. Flavours combine well, yet separate enough to enjoy without being masked by other components. One of the chef’s favourites is a cold noodle dish – rooted in the Vietnamese and Japanese renditions of cold noodles with cured beef. “But I’m using a noodle made with tomato juice,” he explains, “served with aged wagyu coppa – to make a humble dish quite ‘fine dining’.” The piquancy of this dish from the vinaigrette, richness of the sliced beef and intensity of the tomato combine for big impact, once again.

Voon’s first foray into restaurant kitchens was at age 15, in a Western-style restaurant, where he apprenticed. By 17 he’d worked in the kitchens of the Mandarin Oriental and Tower Club in Singapore, and Aurum, under the technical direction of Paco Roncero, benefitting from the Spanish chef’s molecular gastronomy pedigree. He also cooked under Spanish chef David Muñoz and represented his country in global culinary competitions. Voon recalls that he and his team wanted to bring a taste of their roots into the competitive arena. “Ginger, tamarind, curry: we took these flavours to Switzerland, Germany and Luxembourg and we did pretty well,” he recalls. “And from all of those years ago, I guess it’s now time to feed those ideas into this restaurant.”

Voon promises that the Asian menu is the first of a series of regular culinary adventures for his restaurant. “Early next year, I hope to present a Japanese menu – together with a Japanese chef,” he says. “And I’m also planning to serve my twist on dim sum, but as a dinner menu.”

If the taste of the Asian menu prototypes, still fresh on my palate, are anything to go by, these prospects sound like menus to watch out for.

Asia Unleashed 33 is served on October 26 and 27 at Le Pan restaurant.

Sign up to get the latest luxury and lifestyle news delivered to your inbox.
Le Pan Edward Soon
Andrew Dembina

Brad Pitt Will Soon Have His Own Line of Champagne