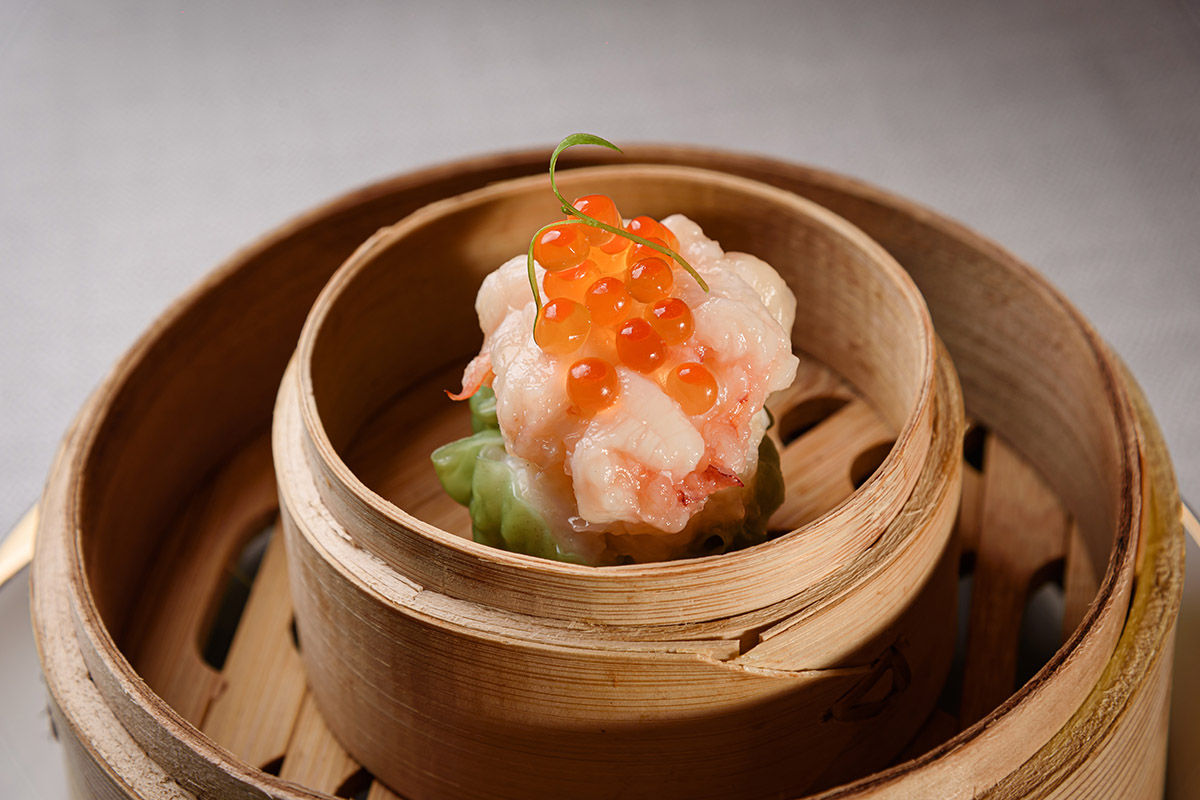 Wine & Dine
Best Dishes to Try in Bangkok This Week: Yu Ting Yuan, Eat Me, and More
Share
Next article

While there are many new restaurants opening all the time all over Bangkok, it’s worth taking a moment to also consider the dining spots that have staked their place in this city and remained vibrant and viable through thick and thin (with a lotta “thin” over the past two years). This week, our trio of restaurant considerations includes a newbie, an oldie, and a Michelin-starred fine dining spot that has become a true foodie favourite.

At the Four Seasons Hotel Bangkok’s one-Michelin-starred Cantonese restaurant, Yu Ting Yuan, you’ll find opulent interiors rife with traditional Chinese architectural elements and flourishes of modern art. The look and feel, courtesy of award-winning architect and interior design legend Jean-Michel Gathy, redefines the notion of a modern Cantonese restaurant, as does the mouth-watering menu which shines the spotlight on premium live seafood, an extensive BBQ range – including crispy roasted pork belly with mustard and roasted goose in plum sauce – and time-honoured classics like Bird’s Nest Soup. When dining à la carte, whether for lunch or dinner, you can’t go wrong ordering favourites such as baked abalone and chicken puff, lobster dumpling with ikura, braised asparagus in crab cream sauce, and Peking duck done the traditional way. However, you might also consider splurging on one of the three tasting menus on offer, which include: the 8-item Dim Sum set lunch (THB 1,600++); the lavish 7-course YTY Menu Experience (THB 3,500++) available with wine pairing (THB 1,680++); and the incredible 8-course Chef’s Tasting Menu (THB 5,200++) available with wine pairing (THB 2,380++).

Having opened its doors way back in May of 1998, it’s pretty obvious that Eat Me restaurant must be doing something right to have lasted 24 long years. Tucked away on Soi PhiPhat (just off Convent Road) this sleek and chic dining spot has been overseen for much of its lifespan by Head Chef Tim Butler, who hails from New York. Those who’ve dined here in the past can attest to his culinary creativity, which fuses influences from around the world and is known for presenting daring flavour combinations. If it’s been a while since your last visit, you may be lured back by current menu highlights such as: Australian Wagyu striploin tartare with fried quail egg and spicy aioli; Grilled pork chop with paprika rub, roasted corn and bacon hash; and the Australian Wagyu tomahawk with grilled vegetables and potato chips that’s been known to satisfy 3 to 4 people. And, of course, when it comes to dessert no meal would be complete without and order of Eat Me’s famous sticky date pudding with butterscotch sauce and vanilla ice cream. Incidentally, the fabulous cocktails are another key reason to visit.

For more information and reservations, visit Eat Me.

After Bangkok’s original Oysterman restaurant opened on Sukhumvit Soi 49, in the summer of 2021, it wasn’t long before this seafood and champagne bar (brought to you by the folks behind Pruek Cruise) proved itself to be a minor sensation. No surprise then that they’ve decided to open a second branch, which swung open its doors on Sathorn Soi 10 just a few months ago. As the name suggests, oysters feature prominently here – freshly shucked, served on ice, and best enjoyed with a bottle of Cristal, Dom Pérignon, or Krug – however, other sophisticated seafood is also available on the compact but concise menu. The chef’s weekly imported seafood selection includes delicacies such as brown crab, langoustine, whelk, vongole, king salmon, and much, much more. As for current menu highlights, don’t miss the Royal Oscietra and Beluga caviars, the Cajun-style pan-roasted seafood on Jasmine rice, the Galician-style grilled octopus tentacle served on a bed of buttery mashed potato, the tender Dover sole pan-fried in lemony French butter served with loads of fresh capers, Canadian lobster thermidor, and Devon crab flown in direct from France.