Best Dishes to Try in Bangkok This Weekend: Kavee, Canvas, and More 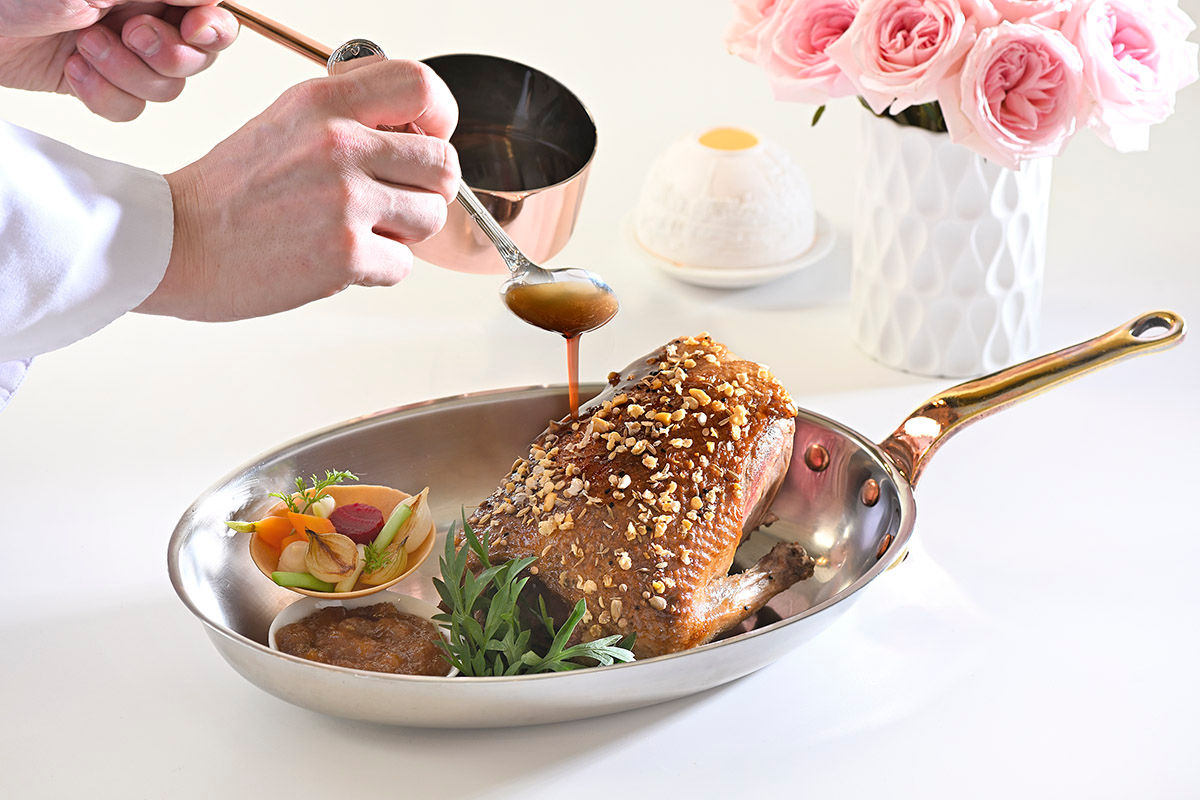 Since it seems as though we here in Bangkok have been spared the dread of facing a full-force lockdown, there’s definite cause for celebration. And, as always, that means checking out one of the city’s newest fine dining destinations, or perhaps visiting an old favourite to see what’s new.

Should you need some culinary inspiration, here’s this week’s list of three recommended restaurant options.

When it was announced in late 2021 that Le Normandie, the Mandarin Oriental Bangkok hotel’s two-Michelin-starred French restaurant, was set to relaunch as Le Normandie by Alain Roux, this city’s hardcore foodies began booking tables immediately… and with good reason. A great introduction to this legendary chef’s culinary prowess would be his 7-course ‘Le Menu Exceptionnel’ (THB 7,300++), which unfolds via a trio of amuse bouche one-bite delights, followed by a superb sea bass and octopus ceviche, and a sumptuous pan-fried foie gras served with pine nuts, capers, cauliflower slices, potato truffle, and a Gewürztraminer sauce (a dish that comes directly from The Waterside Inn UK’s menu). Poached halibut filet topped with a spoonful of creamy vodka lime sauce follows, then the roasted Challandais duck arrives to be carved tableside with theatrical flourish. The meal winds down with a sampling of five imported French cheeses, followed by a lychee sorbet and blackberry pre-dessert, and a lighter-than-air golden plum soufflé. Through it all the expert five-glass wine pairing (THB 3,500++) by sommelier Antoine Simmonet is the proverbial icing on the cake.

At the recently opened Kavee restaurant – the name means “poem” in Thai – the intricately and aesthetically arranged plates that make up Chef Worathon “Tae” Udomchalotorn’s set menu utilise a bounty of Thai flavours and ingredients, as well as top-shelf internationally sourced items. Located on Sukhumvit Soi 38, in the intimate space formerly occupied by Table 38 restaurant, the current 9-course dinner here (THB 2,890++) begins with an elaborately plated selection of amuse bouche delights – oyster with calamansi, foie gras on brioche, and a wonderfully spicy diced amber jack in sesame leaf – before moving on to highlights such as: Hokkaido scallop in coconut “snow”; the excellent line caught sea bass with decorative tartlet; a yummy pork-stuffed chicken wing topped with winter truffle; and a generous cut of tender hay-aged duck. Desserts are also a delight, especially the black truffle ice cream. Incidentally, for those unfamiliar with this dynamic young chef, he studied at Le Cordon Bleu Culinary School, then later at the Culinary Institute of America, and was part of the opening team at Bangkok’s (still) one-Michelin-starred Le Du.

The extravagantly conceived, prepared, and plated dishes at Canvas restaurant are definitely in a league of their own. And while they highlight Thai ingredients, they also bear the influence of many international cuisines, as well as local street food, traditional Thai preparations, and modern gastronomic techniques. American-born Executive Chef Riley Sanders is the visionary kitchen talent spearheading this consistently one-Michelin starred Thong Lor dining spot, and his current 18-course tasting menu (THB 4,500++) runs the gamut from veal, quail, sturgeon and prawn, to pigeon, lamb, Wagyu beef, cocoa, and a slew of locally sourced herbs, spices, fruits, and vegetables. And you can expect each of these culinary creations to be presented in bold, colourful, stimulating, and progressive fashion. In addition, if you happen to be in the mood for something other than wine to go with your meal, try the intriguing alcohol-free course-by-course beverage pairing (THB 1,200++), which includes such daring drinks as the ‘Water-Tomato’ (watermelon, tomato, and holy basil), and the yummy sounding ‘Coconut’ (coconut water, roasted coconut tea, and yoghurt cream).