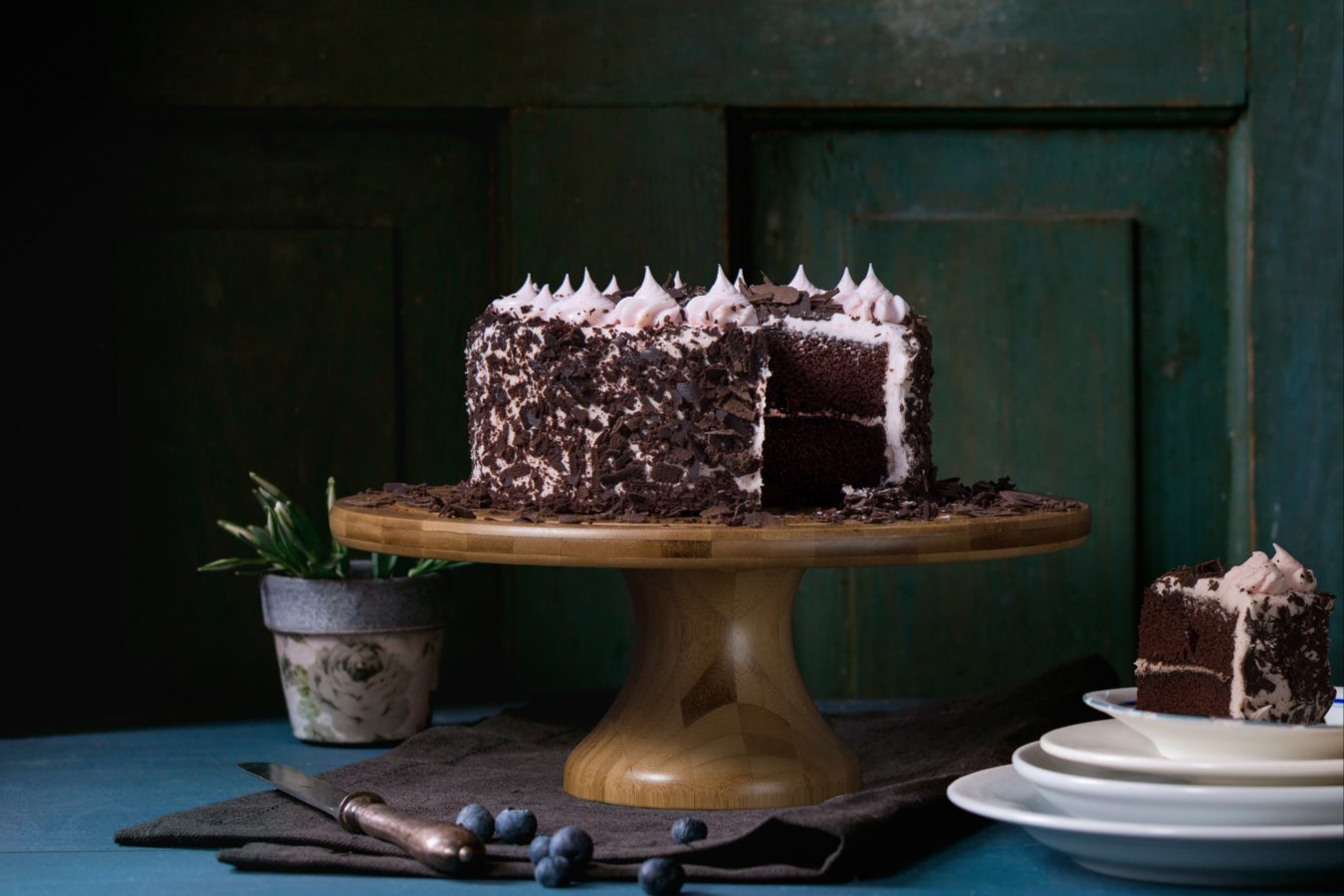 You may have heard that turkey and spiral ham could be in short supply this year, and it’s prompting home cooks around the country to rethink their holiday menus. Duck à l’orange for Christmas? Sure. Shrimp-flecked paella on Thanksgiving? Why not? Since we’re already experimenting with new main dishes, now might be the perfect time to break out of the traditional holiday dessert mould, too.

Of course, we love pie, and there’s always room for double-crust apple or classic pumpkin on our table, but there’s also plenty of room for something a little more unexpected. From bûche de nöel to parsnip cake, read on for festive desserts that top pastry chefs will be making this year.

“Some of my favourite ingredients I like to work with during Thanksgiving are root vegetables,” says Krystle Swenson, pastry chef at The Social Haus at the green o in Montana. Parsnips, in particular, work in both sweet and savoury dishes, and “are a great vehicle to carry out fall flavours and aromas that are synonymous with the season, like vanilla, sage, and brown butter.”

The chef swaps out carrots for grated parsnips, and tops her cake with silky, whipped cream cheese frosting and crispy parsnip chips and fried sage garnishes. The whole thing goes atop a parsnip crème anglaise — a custard sauce that has been slowly simmered and infused with brown butter roasted parsnips and vanilla bean. “The result is still familiar and approachable while being a fun and unique twist on a classic dessert,” she says.

François Perret, the pastry chef at the Ritz Paris, recently designed a clever, Christmas tree-shaped version of the classic bûche de nöel, with a chocolate shell and rich praline filling. “It’s shaped in a way that makes it easily shareable, while still maintaining its visual integrity,” notes the chef. “The design, specific to the holiday season, is a great option for large parties and intimate gatherings alike.”

Solanki Roy, the executive pastry chef of Dough Doughnuts, agrees that a festive bûche is the way to go. “The holiday season for me is all about memories from different parts of the world,” says Roy, who grew up in Calcutta. Every year she makes Bûche De Noel for her closest friends and family. “It not only brings back my memories from Paris, but the smell and process and the labour of love makes me happy.” Newly passionate jam-maker Jen Yee always looks for ways to inject a seasonal preserve into her cakes and desserts, which is why the Atlanta-based Hopkins and Company executive pastry chef is making coconut blackberry cake this holiday season.

“As delicious as it is, coconut’s mellow and rich profile can also play bouncy mattress to brighter punches of flavour, like berries, citrus, stone fruit, and of course, tropicals,” says the chef. “I love the idea of having a coconut jam cake for every micro season, like sour cherries in late spring; muscadines in early autumn, or blood orange in winter.” Yee smears jam between each layer, which adds both flavour and moisture to the final product. “After frosting the cake and covering the entire thing in sweet shreds of coconut, a few random puddles of jam across the top give a nod to what’s inside.”

The classic French dessert, consisting of puff pastry, choux puffs, whipped cream, chiboust cream, and salted caramel, has “all the best components of a pie plus so much more,” according to Le Coucou pastry chef Mark Henning. “The puff pastry acts as a flakier, more buttery crust than the traditional pie crust. The chiboust cream and whipped cream give a great contrasting texture to the crust. Salted caramel adds a depth of flavour, and the overall appearance is more elegant compared to a traditional pie!”

Also, he notes, it’s easy to make in a large format, which makes it perfect for bigger holiday gatherings.

Carla Henriques grew up learning how to make pasteis de nata (custard tarts) and other traditional Portuguese pastries in the bakery her mom managed in Portugal. Nowadays, the executive pastry chef at Hawksmoor NYC is known for her desserts that are as creative as they are delicious.

“Especially around the holidays when we’re eating heavy food I like for desserts to be light, and so I often opt for desserts other than pie,” she says. This year, Henriques suggests a light and smooth maple tart. “It’s also a perfect opportunity to head to the seasonal farmers’ markets and support local businesses — that’s where I source my maple syrup (and maple sugar) from to use in the tart. It doesn’t have any refined sugar in it and pairs very nicely with wine.”

According to Juan Gutierrez, pastry chef at Chicago’s Adorn, banana macadamia nut bread pudding is a delicious and easy family-friendly dessert to make for the holidays. “It’s a perfect way to get the kids involved and even more fun to eat,” he says. “Add some vanilla ice cream and chocolate sauce to top it all off. You’re just missing your favourite holiday movie and pyjamas!” Since the chef is lactose intolerant, he uses vegan cashew milk ice cream and homemade chocolate sauce made from dairy-free dark chocolate.

At the Michelin-starred Bell’s in Los Alamos, California, pastry chef Rusty Quick sources fresh squash from the nearby farms, which provides a base for her kabocha squash custard, spiced with turmeric, black pepper, cinnamon, and clove, and topped with crème fraîche. “Growing up in the South, my favourite Thanksgiving dessert was a sweet potato pie, so I wanted a locally-inspired dessert still reminiscent of classic fall flavours,” she says.

A recent trip to Hawaii inspired holiday sweets from Conn Zhang, executive pastry chef of Hutong in New York City. Her pumpkin latte cake, now on the menu at Hutong, is topped with whipped yoghurt and Hawaii’s yellow passionfruit, lilikoi.

“I’m a big fan of eggnog, and this is a fun way to kick off the holiday season in a creative and festive way,” says Ron Paprocki, executive chef of New York City’s recently-reopened Gotham. To make his caramelised pain perdu, Paprocki cuts brioche into one-inch slices before soaking them in eggnog and pan-searing all sides. In a second pan, he gives the brioche slices a second cook in caramelised sugar so it forms a thick shell, and serves with a scoop of vanilla ice cream.

The British Museum is Launching NFTs, as the NFT Craze Continues Through 2022