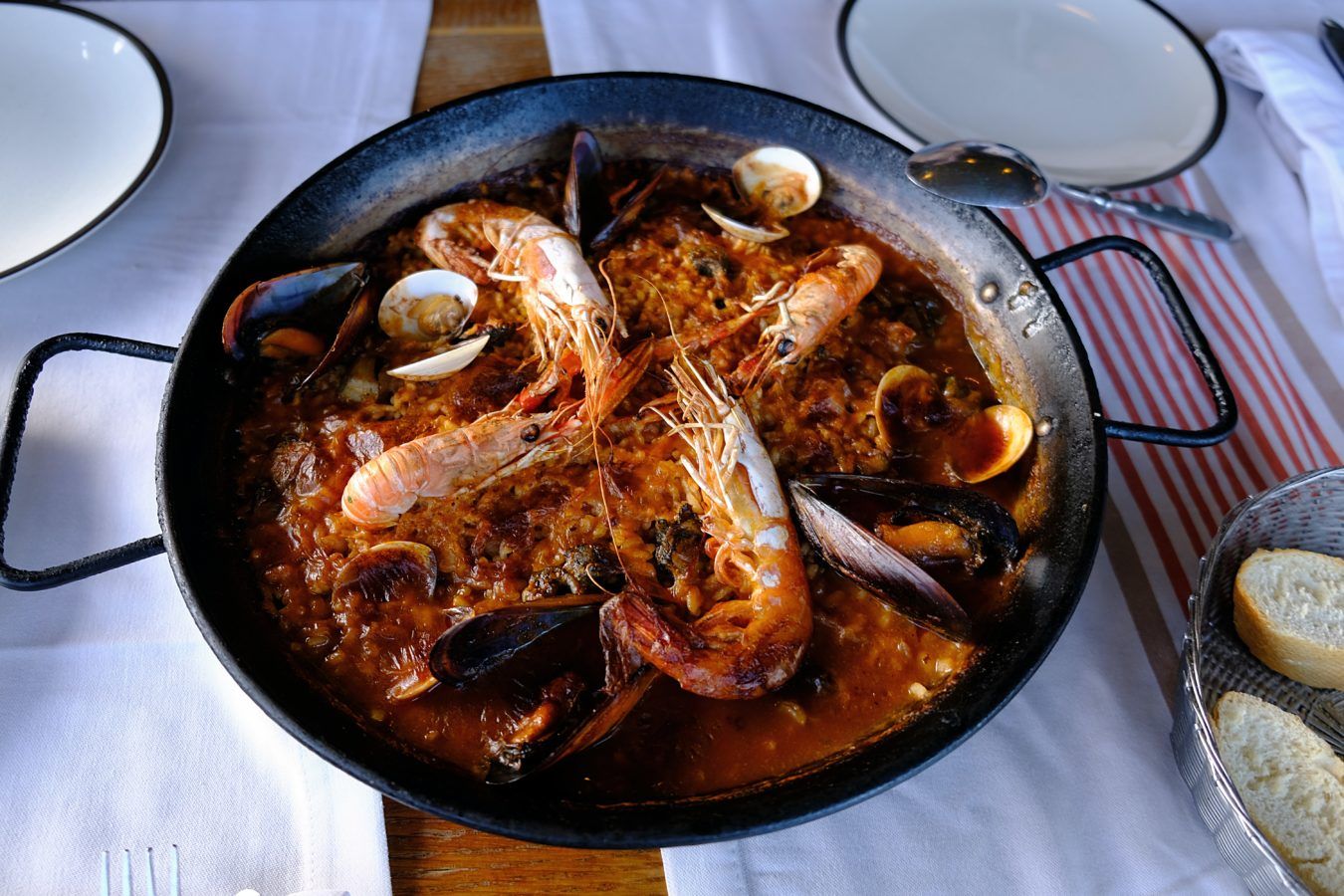 The list of José Andrés’ accomplishments seems to grow longer by the day. His website labels him as a chef, humanitarian, and founder of World Central Kitchen — but those distinctions just scratch the surface. In the past year alone, he’s travelled to Ukraine to feed refugees, had his portrait inducted into the Smithsonian, announced the launch of his own production company, offered gift cards to encourage people to get vaccinated, and even found time to open a new bar.

So what does the Spanish-born chef have up his sleeve next? He’s going to space. Well, not personally… but his food is.

Andrés and his team at ThinkFoodGroup have partnered with Axiom Space to send paella and other Spanish foods for the astronauts at the International Space Station (ISS) as part of a launch currently scheduled for early next month, which is also the first all-private-crew mission to the ISS.

The four-person Axiom crew — which will spend eight days on the space station — is led by NASA veteran Commander Michael López-Alegría, another Spanish-born American and friend of Andrés, which inspired this partnership to bring true Spanish cuisine to space.

“Before I began dreaming of feeling people in a space, I dreamt of feeding people underwater, like Jules Verne,” Andrés told me via Zoom. “So I think feeding people for me is the ultimate challenge, especially in the edges of the known world.”

But though only hundreds of people have been to space, space travel has been around long enough that plenty of innovation in astronaut food has already taken place. So when Andrés and ThinkFoodGroup’s director of research and development Charisse Grey, who led the project, began working, they faced a number of challenges.

“The difficulty is NASA has done this very well over the years,” Andrés explained. “They’ve done many dishes. And the question was can we come up with something different, something new? Can we push the envelope a little bit more?”

In their attempt to innovate for space, Andrés and Grey went back to what they did best on Earth: exceptional Spanish cuisine with bold flavours. Yes, these meals had to be nutrient-rich and hit all of the NASA guidelines, but the results also should be delicious.

The resulting “family meal” — as ThinkFoodGroup calls it — features Secreto de Cerdo with Pisto, described as “a prized cut of Iberico Pork with tomatoes, onions, eggplant, and peppers,” and, of course, Chicken and Mushroom Paella, a dish Andrés has spent much of his life advocating for. Additionally, astronauts can dig into Spanish jamón, salchichon, and almonds.

“The most important thing was changing the perception,” Andrés continued, citing NASA’s famed history of serving freeze-dried food. “Let’s make a paella that we cook like a paella and that tastes and looks like a paella. No dehydrating.”

Andrés hoped to preserve another part of the paella as well: the shared experience. No, astronauts won’t all be digging into a single oversize pan, but they will be enjoying the meal as a team. “Usually every space program has their own food,” Andrés said. “This is the one time that they’re bringing the food and all the astronauts are going to be sharing that meal at once.”

Speaking of bringing people together, the chef also hopes some of this work can be applied to the ground. For instance, the conditions people face in a warzone like Ukraine can have unfortunate similarities to space such as an inability to access ingredients or proper cooking equipment. Serving paella pouches on the ISS may sound ethereal, but those same pouches could potentially work for disaster relief, too.

As Andrés told me, “When you see things in a more holistic way, you are not only solving the problem, you are investing into the solution.”