Visiting Michelin-starred Chef Events to Catch in Bangkok this October

Diverse, dynamic and constantly buzzing with new offerings, Thailand’s dining scene never ceases to excite. As our nation gradually moves up the ranks of various global Best Restaurant listings, it’s incredibly encouraging to see that we are recognised not only for the rich authenticity of our local delights, but also for world-class gastronomic experiences.

This has been especially true in recent years, as we’ve seen an influx of visits from internationally-acclaimed, award-winning chefs. With so much taking place throughout the city, it can be difficult to keep track of what’s happening — especially with these guest chef sessions, which usually come with limited seating and only last a couple days at most. Which is why we started this monthly column and done the research for you. Rounding up the most fabulous gourmet soirées taking place in the city, scroll through the options below to see which dining experiences you definitely should not miss this October! Chef Fernando P. Arellano, the award-winning Spaniard behind the 2-Michelin-starred Zaranda restaurant in Mallorca, is returning to Bangkok for two consecutive days of inspired gourmet Mediterranean dining at Uno Mas, the renowned Spanish restaurant and tapas bar on the 54th floor of the Centara Grand at Central World. For two nights only, on October 3rd and 4th starting at 7pm, he will present a six-course Gala Dinner with wine pairing priced at THB 3,900 net per person (inclusive of all food and wine), and each seating is limited to just 40 persons. Two of the highlight dishes are the Iberico steak with Moorish spices and honey aubergine, and the carob sponge cake dessert, with yoghurt and blackberries. In addition to the dinners, on October 3rd at 12:30pm Chef Fernando will present a Michelin luncheon at Tapas Bar in the Central Food Hall at Central Chidlom, priced THB 2,500, as well as a special lunch at Uno Mas on October 4th at noon, priced THB 1,900 net (food only). The 11th Edition of the Italian Cuisine & Wines World Summit kicks off on Wednesday, October 9th with an exclusive gala reception and dinner at 7:30pm at Rossini’s, the signature Italian restaurant at Sheraton Grande Sukhumvit Bangkok, a Luxury Collection Hotel. Guest will experience an elaborate 10-hands dinner by the five Michelin-starred guest chefs who are part of the summit – which begins in Bangkok before heading to Hong Kong and then to Dubai. 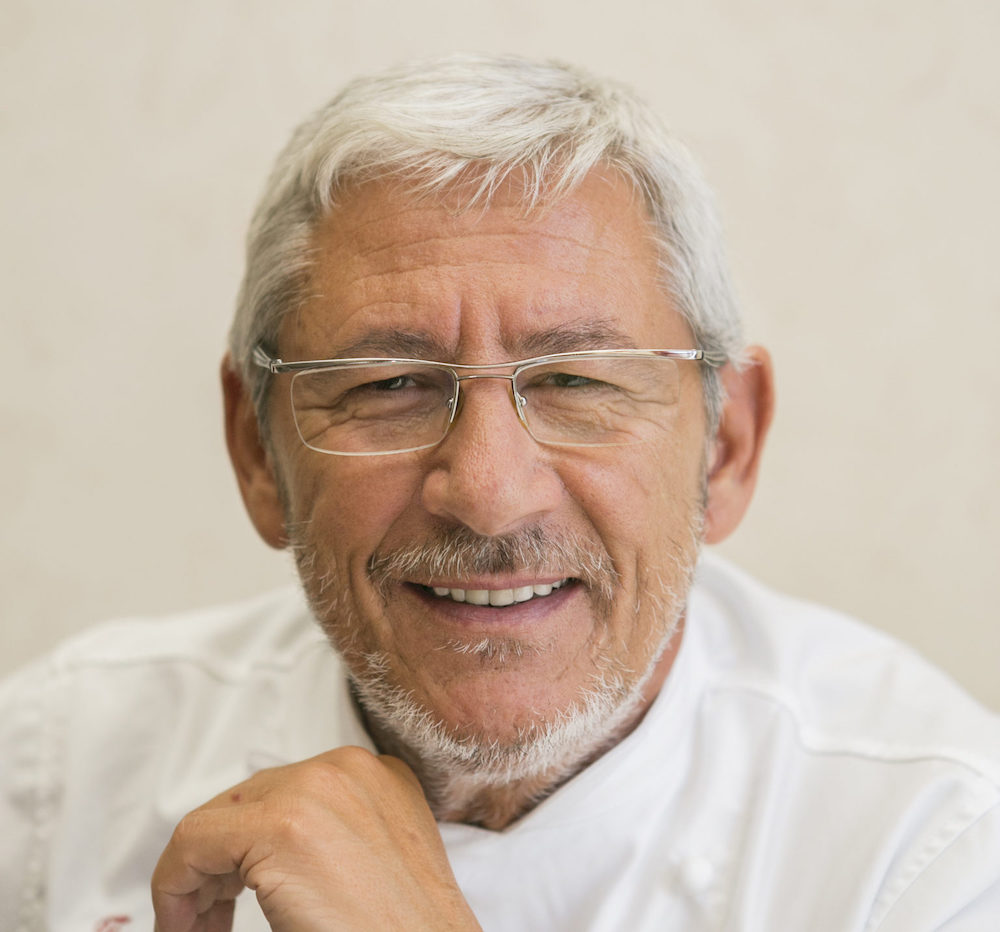 The five visiting chefs, who will also be doing special dinners and lunches/brunches at five hotels within the Marriott group around the city as part of the ‘Star of Italy’ event, are as follows:

The 5-course menu, which features each chef’s acclaimed signatures, will be paired with exceptional Italian wines and is priced at THB 6,500 (bookings before October 1st enjoy up to 30% off). For reservations, call 02 649 8364 or email: sumit.suwanno@luxurycollection.com.

Six Dutch Michelin Star Chefs at Savelberg – One Night Only! The five participating Dutch chefs in this event are as follows:

Chef Jos Grootscholten: Since 2010 he’s been the patron cuisinier of Perceel in the Old Town Hall of Capelle aan den IJssel for which he received a Michelin star.

Chef Egon van Hoof: Since 2015 he’s been the patron cuisinier of MOS Amsterdam, a gastronomic hotspot that is unique in terms of its setting, experience, location and interior.

Chef Henk Savelberg: Not only is his Bangkok restaurant Michelin-starred, he is also one of the founders of Les Patrons Cuisiniers and the first Dutch chef to receive five Michelin stars in a row.

Chef Yuri Wiesen: The patron cuisinier of Restaurant Wiesen in Eindhoven since 2010, and the recipient of a Michelin star in 2014.

Chef André van Doorn: He became patron cuisinier at Heemstede Castle in Houten in 2002, where he was awarded a Michelin star within a year.

Chef Wilco Berends: The patron cuisinier of the Michelin-starred De Nederlanden since 2012.