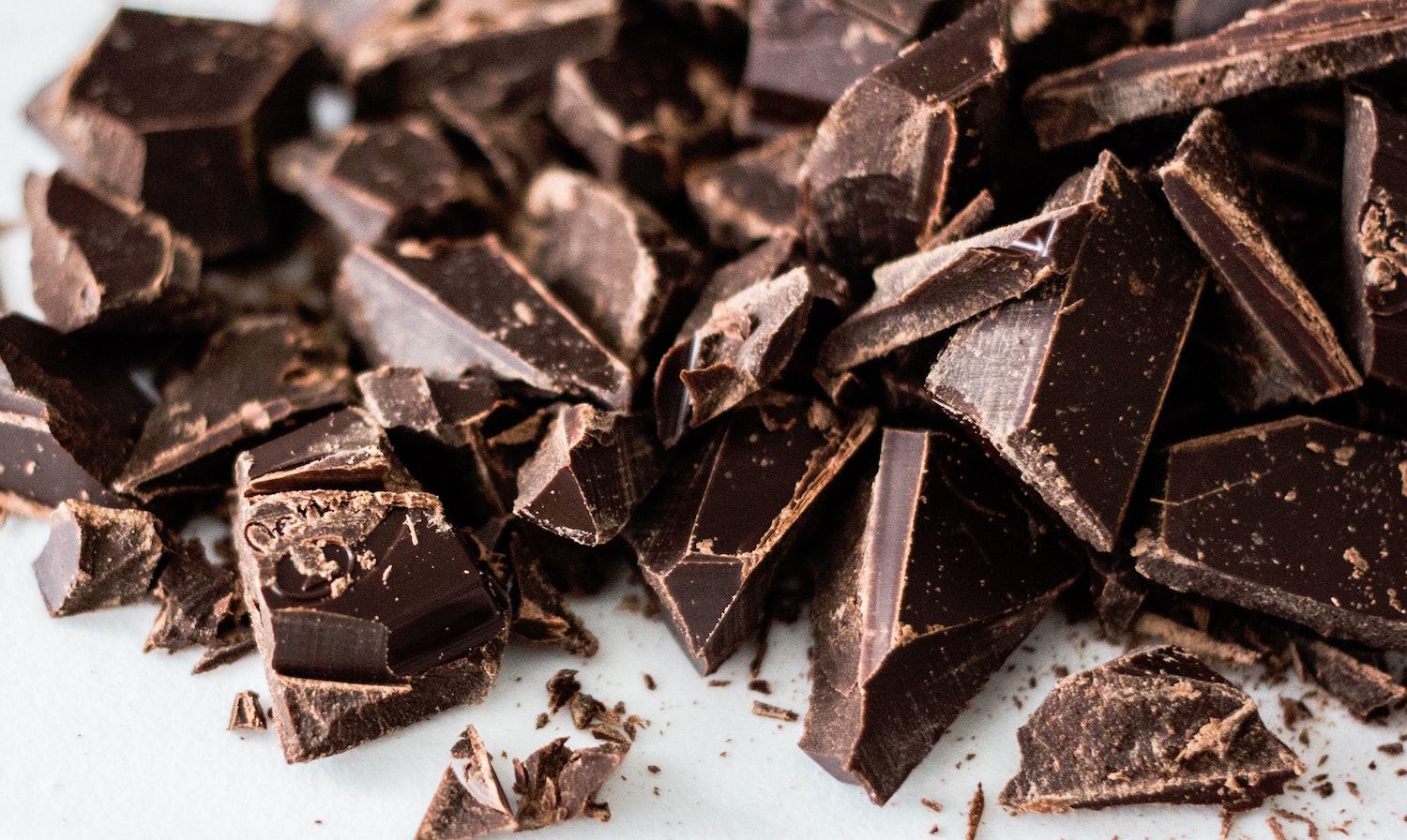 From vegan chocolate to lactose-free and sugar free alternatives, how do France’s artisan chocolate-makers go about crafting the chocolate of tomorrow when removing the very ingredients that usually satisfy our taste for sugar and fat?

It turns out that nature often has the answer, in the form of ingredients such as fruit, avocado oil and soy milk.

It took Meilleur Ouvrier de France [Best Craftsman in France], Nicolas Cloiseau, nine months to develop his 100% plant-based collection. That was back in 2018, when the head chocolatier of France’s La Maison du Chocolat was the first big name to shake things up in the chocolate world.

The starting idea was simple: to concoct a chocolate selection every bit as delicious as those usually hailing from La Maison du Chocolat, but without using even a hint of cream or butter in the ganaches. Accompanied by a nutritionist, Nicolas Cloiseau developed recipes for five ganaches that only use natural ingredients to achieve the perfect taste and texture of a chocolate. As for sugar, Chef Cloiseau looked to honey and maple syrup to deliver just the right hit of sweetness. When crafting the chocolate of tomorrow, chefs above all draw on the rich flavors and aromas of nature to help them perfect the taste and texture of a ganache. Nicolas Cloiseau uses enough quantities to round out his creations to perfection, reaching up to 74% in treats such as his squash seed praline. Whether as pulp, juice or nectar, fruit is used in all kinds of ways and is often matched with spices. Turmeric, for example, is combined with mango to bring an acidic hint to a dark ganache, while aloe vera is twinned with green apple, and pomegranate is combined with raspberry and aronia berry juices. Perhaps the most unusual addition is propolis, a resinous substance produced by honeybees and used to build and maintain the hive. At Paris-based Edwart Chocolatier, Edwin Yansané also works with fruit purées, as well as infusions. His debut vegan selection features hibiscus and pepper, as well as fresh, just-roasted coffee. “The ganaches were a real challenge! With my team, we had to get really creative to find and work with a plant-based base capable of holding all the flavors, even the most subtle,” explains the Edwart Chocolatier founder. His box of 25 chocolates costs €28. 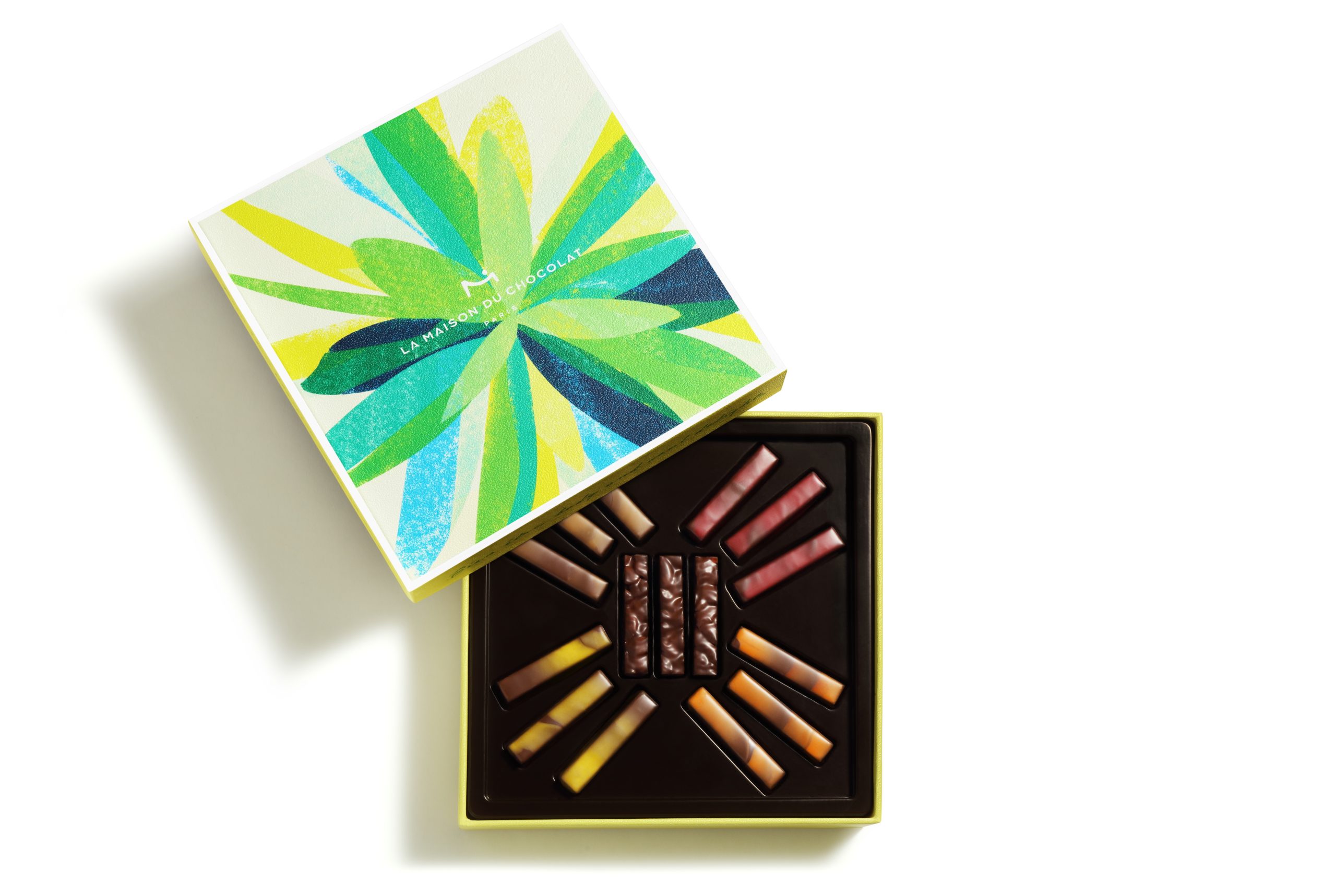 For his part, Nicolas Cloiseau is working on another idea in the form an upcoming vegan chocolate selection. Unveiled back in January, the collection uses avocado oil to replace animal fats in the “La Vie en Vert” collection, due early 2021. The range includes concoctions featuring Burgundy blackcurrant, passion fruit and raspberry purée. The box is priced €27 for 16 chocolates.

To make a lactose-free chocolate spread, Pierre Chauvet decided to increase the percentage of hazelnuts in his product to obtain sufficient oil and an adequate emulsion. The chocolatier, based in Aubenas in France’s south-eastern Ardèche region, chose to use 60% hazelnuts compared to the usual 43%. “The more you increase the proportion, the greater the creaminess,” explains the chocolate-maker. Indeed, since the nut already contains fat, all you have to do is prepare a praline — i.e., caramelize the nuts (almonds, hazelnuts, pecans) then blend them up. Then, after a few seconds, an oil rises to the surface transforming the powder into a paste. “Generally, we would use soy lecithin to make lactose-free options. But I didn’t want to use that. And, in these recipes, you only use 10 to 25% nuts,” explains Pierre Chauvet, who kept costs down by using hazelnuts from the Middle East rather than from Italy’s Piedmont region. The spread costs €7.90 per 110g jar. 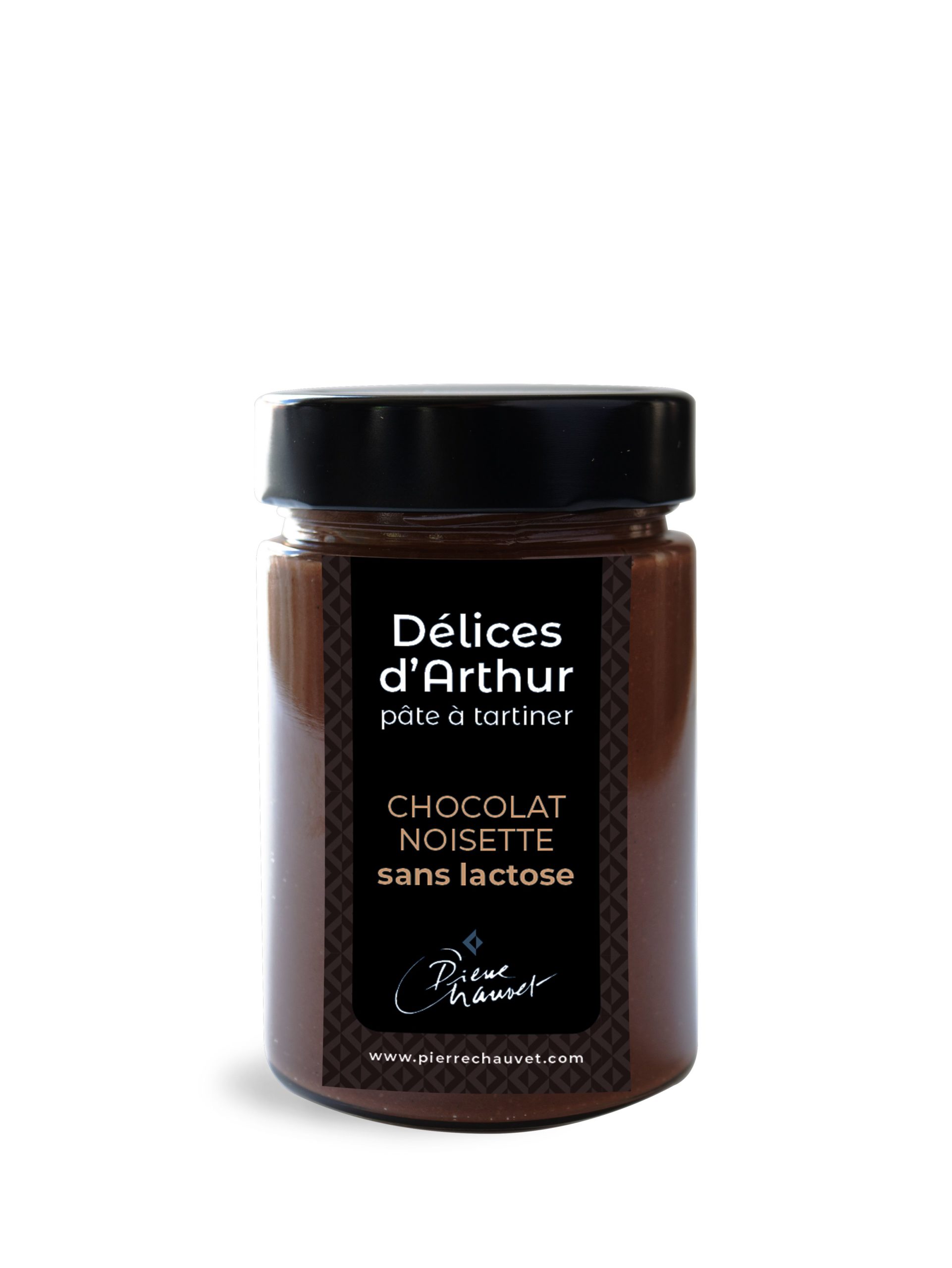 La Maison du Chocolat also made use of the hazelnut and its oil content to perfect the texture of its first plant-based collection. Alongside this, Nicolas Cloiseau uses chicory fiber, also being put to use in the “La Vie en Vert” collection.

Pierre Chauvet isn’t stopping at the lactose-fee spread, and is now working on a range of lactose-free ganaches. “Instead of milk, we add water, coconut milk, couverture chocolate, cocoa. Everything still needs to be gauged,” explains the chocolate-maker. Indeed, it seems that the chocolate of tomorrow still has plenty of surprises in store.

Sign up to get the latest luxury and lifestyle news delivered to your inbox.
AFP Relaxnews
Chocolate