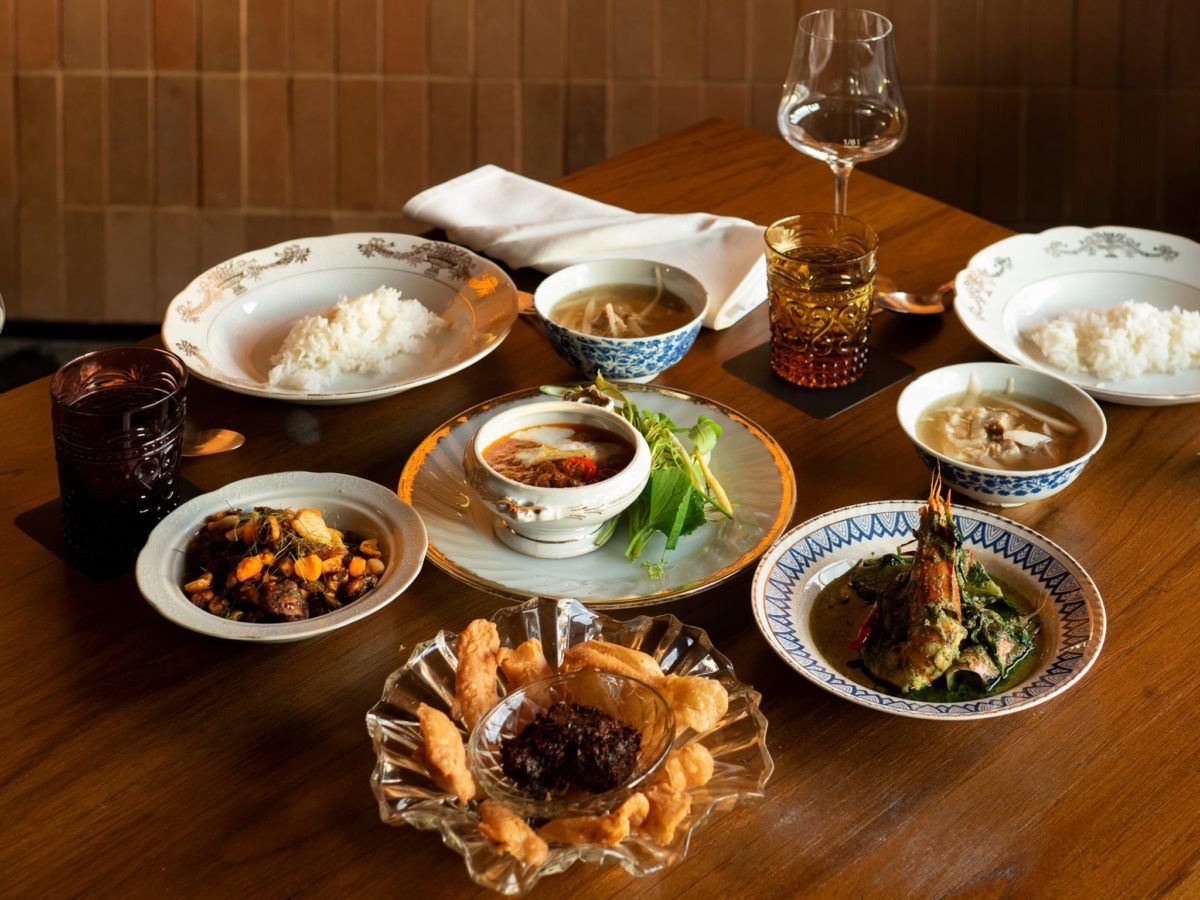 There are times that food can take you back to the past. Some of these chefs take their recipes from their own childhood memories, their family’s old rituals, and some learn from the heirlooms of their historical past. Whatever the case, here are some of the most interesting Bangkok restaurants and menus that could take you back in time.

Growing up in a family with strong passion for food, Chef Tam Chudaree Debhakam pursued her dreams by opening a Thai restaurant in her family’s heritage home. The large historic house of Baan Tepa was renovated to be a restaurant from a decade-old building owned by Lady Suwaree Debhakam, Chef Tam’s grandmother, in the 1980s. Though converted, the house still preserves the air of heritage in its furniture, the house structure, and the authentic Thai recipes. At Baan Tepa, multiple fine dining menus are served with sustainability as the key concept.

Sri Trat is an Eastern Thai restaurant that stands out for flavour and design. In this casual restaurant, all the recipes are developed by Wongwich Sripinyoo’s mother, who expresses her longing for her hometown in Trat province through multiple nostalgic dishes. From Chamuang Leaf Curry, Lon Pu Kai and Trat’s minced pork with salted fish, Sri Trat only uses natural, high-quality ingredients to cook for its customers, reminiscent of when mothers cook for their children.

At the heart of Aksorn lies the recreation of mouthwatering Thai dishes from various age-old recipe books from the 1940s to the 1970s. In these recipes, traditional and meticulous cooking puzzles are demonstrated for later-generation people to learn. Deciphering them all with great skill, Chef David Thompson, the chef behind the one-Michelin-starred Nahm amongst others, recreates an fantastic archetype of those authentic dishes. Guests here get to indulge in a menu from many different traditional family recipes, all of which promise an exceptional taste to the past.

After years of cooking and working in different areas around the globe, chef twins Thomas and Mathias Sühring settled in Bangkok to serve their home cuisine through German food. It’s fair to say that the Michelin-starred Sühring is an interpretation of their childhood memories, family recipes, and travel experiences. The fine dining restaurant serves New German food influenced by Central European cuisine like Spätzle, a German-style pasta, Simmentaler Beef Tenderloin, and Frankfurter grüne Soße.

This Colonial-Victorian-style building on Surawong Road is home to a beautiful authentic Thai restaurant. In the past, the house was originally owned by one of Thailand’s oldest families before being turned into a dining space. In order to charm guests with its traditional Thai food and hospitality, Baan Suriyasai serves enticing time-honoured recipes from ancient families and the royal court’s kitchens. Must-tries include Thai Crispy Pancake, Miang Lao, Beef Shank Massaman Curry with Lotus Seed and Java-Style Crab Curry.

At Paste, all dishes revolve around a repertoire of Thai recipes from the 19th and 20th century. Every item on the menu is the combination of a traditional Thai recipe and an artistic twist by chef duo Jason Bailey and Bee Satongun. Guests may see an array of unfamiliar dishes, for some of the herbs are rare produces from other parts of Thailand that Chef Bee has traveled to look for. If you’re a Thai food-lover, this one-Michelin-starred place is a must-visit that celebrates that marriage of past and present.

Lifestyle Writer, Bangkok
Her friends call her Paint. Chocolate is her true love; traveling is her dream. Apart from engaging with those two, she is busy trying to contemplate the world and her fat cats.