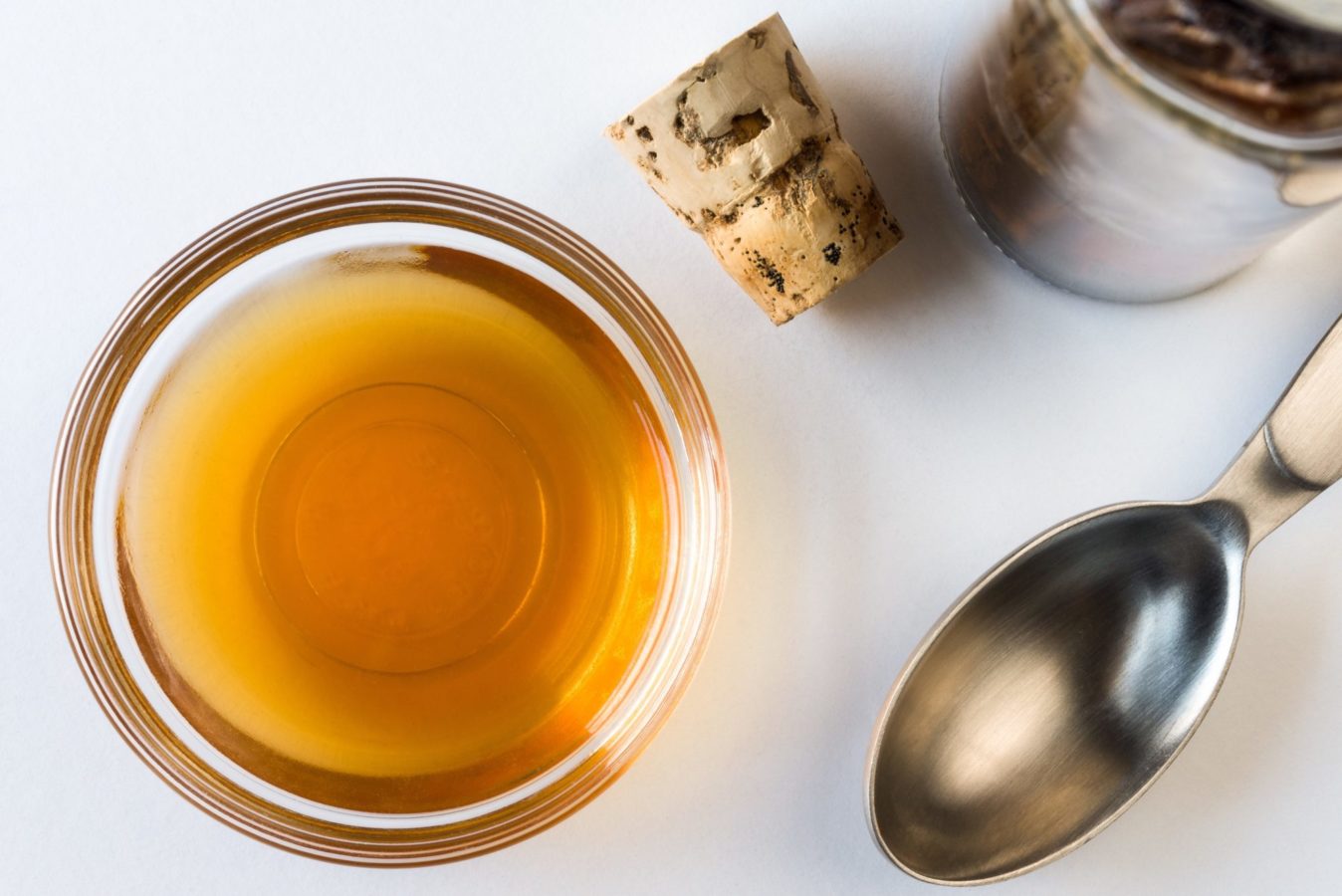 There’s no doubt about it: Vanilla extract is one of the most frequently used staples in the kitchen pantry, especially for those who make desserts on the regular. Vanilla brings its deeply aromatic, distinctly floral flavour and character to all kinds of cookies, cakes, pies, custards, ice creams, and more; even chocolate tastes better when it’s paired with a bit of vanilla, and that’s because the two seemingly opposite flavours bring out the very best in one another. But what happens when you run out? Is there anything you can use as a vanilla extract substitute, or do you have to make a quick run to the grocery store?

First, let’s address what vanilla is and where this widely appealing flavour comes from. The story begins with tropical orchids, which bear elongated pods, or beans, filled with lots of tiny seeds. The orchid that gives us vanilla bean pods originated in Mexico, though much of today’s world supply of vanilla comes from orchids cultivated in the South Pacific (which is why you may see “Tahiti” or “Madagascar” on the label). Pure vanilla extract is made from steeping chopped vanilla beans in a solution of alcohol, then straining and ageing it to develop the flavour.

Due to numerous factors including weather patterns, hand harvesting, and ageing practices, pure vanilla extract is pricy, but a little goes a long way. You may be tempted to use inexpensive artificial vanilla flavouring as a pure vanilla extract substitute, but avoid the temptation. As its name suggests, imitation vanilla flavouring comes from artificial flavourings, and the flavour doesn’t compare to the real thing. This is especially true in dishes like ice cream or custards that feature vanilla as the prominent ingredient among few others.

Other forms of pure vanilla

The extract is the most common form of vanilla, but you may also see it sold in powdered form, or as a paste, or as the beans themselves. If using the powder, you will only need about 1/2 teaspoon for every 1 teaspoon of extract. The paste is roughly equivalent to the extract in terms of flavouring, so substitute in a 1:1 ratio. (Be sure to read the label on the paste or powder, as some brands may vary in concentration.) One vanilla bean, split open lengthwise and scraped of its seeds, equals about 1 tablespoon of extract.

If you are preparing a recipe that requires vanilla extract and you find that you’ve run out of vanilla in all its forms, don’t despair. Some bakers use an equal measure of pure maple syrup in its place; it’s best to avoid imitation maple syrup, which is mostly just corn syrup.

You may also choose to swap in other flavouring extracts for vanilla. Almond, for example, imparts a nice flavour to baked goods and spoon desserts. It is much stronger than vanilla, however, so you will only need about half as much. Other extracts, including lemon or peppermint, impart their own distinct flavours. Depending on your recipe, experiment with one or another in place of vanilla to see if you like the result. If it’s a simple sugar cookie or butter cake, it shouldn’t be a problem. (Who knows? You might even create a new favourite cookie or cake in the process.)

You can also try using a spirit such as brandy, rum, whiskey, or bourbon as a vanilla extract substitute. Because bourbon picks up some of the flavours from the oak barrels in which it is aged, its flavour is closest to vanilla. The reason? Oak is rich in compounds known as vanillins.

To avoid running out of vanilla extract (those small grocery store bottles only hold so much), plan ahead by making your own extract from scratch. It’s easy to make your own, and it keeps indefinitely.

You may also get in the habit of making vanilla sugar, burying vanilla pods in an airtight container of granulated sugar. Use new pods or those that have been scraped of their seeds for other recipes (don’t let those powerhouse pods go to waste!) to prepare it. Then, whenever you need a vanilla extract substitute, simply use this sugar in place of regular granulated sugar in a recipe to achieve a similar vanilla flavour.