#PrestigeGourmet: In Conversation with Yinhua Qiu, the Restauranteur Behind L’Arôme Group 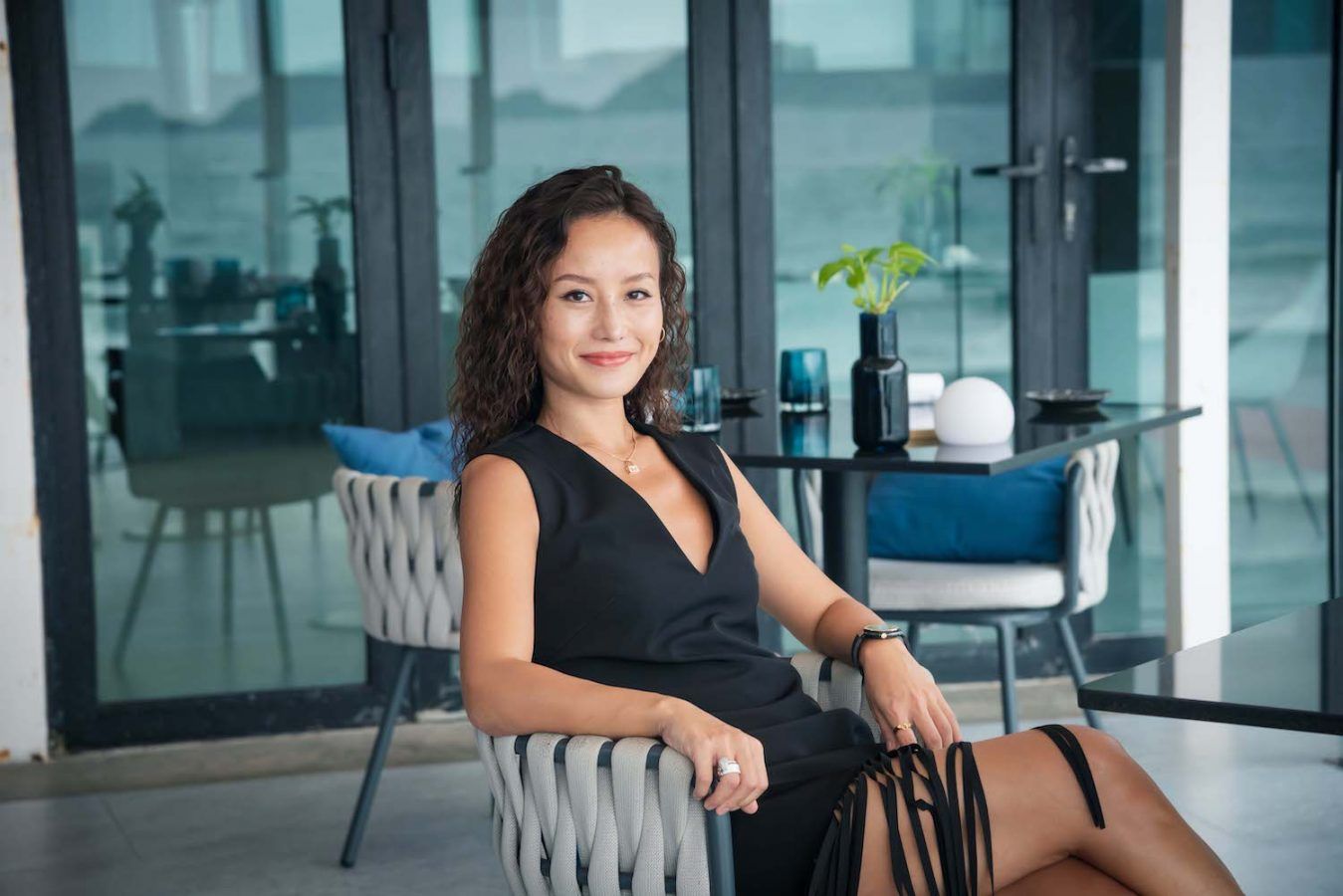 Wine & Dine
#PrestigeGourmet: In Conversation with Yinhua Qiu, the Restauranteur Behind L’Arôme Group
Share
Next article

Although Yinhua Qiu has one of the most talked-about restaurants in Phuket at the moment, her decision to set up shop in Thailand was quite unplanned. In conversation with Prestige, the ravishing restauranteur behind L’Arôme Group talks about her accidental exile, and her ever-expanding epicurean empire.

“I really didn’t expect that I would open a restaurant in Phuket,” admits Yinhua Qiu, CEO and Founder of L’Arôme Group. “It was never a part of my business plan.”

It’s certainly a surprise to hear these words, considering that L’Arôme By The Sea – a contemporary French, beachfront restaurant, located just north of Patong – has become one of the most talked about fine dining spots in all of Phuket. But perhaps what’s even more surprising is the circuitous path, and strange turn of events, that led Yinhua to life in the Land of Smiles.

Born in Nanjing, Yinhua left China at the age of 17 to study in France, eventually obtaining a Master’s in Financial Analytical Engineering. She then worked several years for Accor, the French multinational hospitality company, before ending up with BNP Paribas bank as a financial controller. And while corporate finance was her primary domain, she had – by the time she was 24 – also opened the first of two highly acclaimed Chinese restaurants in Paris.

“The first one was in Chinatown, in the 13th arrondissement, and then the second was just in front of the Paris Opera, a very popular tourist zone. Then, in 2014, I sold both of those restaurants, quit my job, and went back to China and opened my first French restaurant in Nanjing.”

That bold decision led to the founding of the L’Arôme Group, which currently has under its umbrella eight restaurants (two in Paris, one in Phuket, and the rest in China). And while all deliver sensory-rich, fine dining experiences, the underlying concept is rooted in “cultural exchange”.

“I was in kind of an elite school while I was in China,” she says, noting that language studies were of major importance in her curriculum. “I was always in a mixture of different cultures. So, when I built the first of my two Chinese restaurants, I was very excited to show the people of Paris what my hometown food is, and to see the reaction.” Upon returning to China, she felt it would be interesting to expose her countrymen to authentic French cuisine, since she had become very knowledgeable on that subject during her time in France.

“While I was working for Accor I got to know some very good chefs and some very prestigious restaurants – since we quite often went to those places – so I wanted to share this cuisine. I wouldn’t do French cuisine in Paris, and I won’t do a Chinese restaurant in China, either. The other way round is much more interesting.”

Fast forward to early 2020, and the stage was set for Yinhua’s accidental exile in Phuket. “I was in Casablanca before I came here,” she recounts, “and I was trying to get to France. It was in March, and by that time they’d closed all the f lights from Casablanca to Paris [due to Covid], but they hadn’t shut down Thailand yet. I was thinking I needed to find a place to go, maybe close to China because the majority of our restaurants are there, so I thought it should be an Asian country. I knew Phuket, because I’d been several times before, so I just chose it as a destination until I could fly back to China. Then I got stuck here.”

Like everyone who had their life turned upside down by the pandemic, Yinhua adapted to the new normal of closed borders and working remotely, but it took about 10 months before the idea occurred to her to plant the L’Arôme Group flag on Thai soil. After observing that Phuket had far too few proper fine dining restaurants, she started to look around for potential locations. Her search ended when she found an old seaside Italian restaurant called White Box. “We took over the place in January of 2021 and did three months of renovation work before opening.”

L’Arôme By The Sea soon gained a respectable following, but word-of-mouth recommendations really took off last October when 28-year-old Yannick Hollenstein, a talented Swiss chef previously working in Bangkok, was recruited to take over the reins in the kitchen and revamp the menu.

“I hired Yannick without ever meeting him in person. We just did a call interview, but I liked how he thought about things, and how he replied to all my questions. I never met him face-to-face until he actually showed up in the restaurant. I didn’t even know what he looked like,” she laughs, although she certainly has no complaints that he turned out to be quite a handsome lad.

The year 2021 also saw the opening of L’Arôme In The Sky, a restaurant and lounge located on the 50th floor of the Golden Eagle World Hotel G in Nanjing (the world’s highest three-tower building). “It was a very special project,” the now 37-year-old restaurateur reveals. “You know, I haven’t been to China several years, so this is the first project where my executive team built the whole restaurant without me. I only participated in technical aspects, because it’s always me who will say yes or no to interior design, or to the plating of dishes, or things like that. But for operational aspects, it was all my team. Currently, L’Arôme Group has more than 300 staff, including Thailand, China, and Paris, while my management team is around 20 core people.”

So, now that Thailand has been added to the L’Arôme family, are plans afoot for more international expansion? “I think by the end of this year we’ll have a new one in Chengdu, in Sichuan province,” Yinhua reveals, adding that a project in The Maldives is in the works, and that Bali and Singapore are definitely under consideration.

To find out more about L’Arôme By The Sea, visit laromegroup.com.