This Startup Coffee Chain is Everywhere, & Pan Leenutaphong Tells Us All About It

Wine & Dine
This Startup Coffee Chain is Everywhere, & Pan Leenutaphong Tells Us All About It
Share
Next article

Pan Leenutaphong, MD of Flash Coffee Thailand, shares his views on spearheading the chain’s expansion in Bangkok, and making coffee culture accessible to all.

Bangkok’s coffee-loving crowds have a new spot to frequent for their daily java to-go. Enter Flash Coffee, Indonesia’s much-loved specialty coffee chain. You’ve probably seen the bright-yellow cups around in recent months — whether in the hands of stylish young execs crossing Chong Nonsi bridge, or snapped against the skies on your newsfeeds. The brainchild of David Brunier — formerly from Foodpanda — and ex-Bainie Sebastian Hannecker, Flash Coffee originated in Jakarta, backed by seed funding from initial investor Rocket Internet SE (who many may recognise for having incubated the likes of Foodpanda, Lazada, Zalora and more).

Leading Flash Coffee’s expansion in Thailand is Pan Leenutaphong, who hails from the well-established household behind Volkswagen luxury van conversion business Thaiyarnyon. With his mother a key founding partner behind Greyhound Café, and his sister Pat a current partner at the Supanniga Group of restaurants, much of Pan’s inspiration today comes from a family rooted in both autos and F&B. He’d been travelling in Costa Rica exploring coffee plantations — what are the odds? — when he was offered the opportunity to run Flash Coffee’s Thai office. A flight to Jakarta and a few Avocado Lattes later, he now helms the chain in Thailand as local MD. It wasn’t a tough decision — as Pan put it himself, “who would turn down a coffee business?” We spoke to him about his views on bringing the startup chain to Thailand, Bangkok cafe culture, and bringing specialty coffee to Bangkokian mass. Here’s what we learned. It’s definitely flashy — in more ways than one.

It’s difficult to walk past Flash Coffee’s vibrant stores, and not stop for a second glance at their signature yellow cool. Aesthetics aside, the fast-expanding coffee chain promises a fun menu of specialty brews, and is also heavily tech-based. “At Flash Coffee, we live and breathe technology,” Pan tells us, “the big aim is essentially to become one of the leading coffee chains, by blending an award-winning menu with affordable prices and tech, through expansions to Southeast Asian capitals including Bangkok and Singapore, amongst others.”

They’ve even got their own app, which according to Pan, “aims to reinvent the customer experience by enabling online ordering and payment, pick-up and delivery features, as well as an advanced loyalty program amongst other fun and innovative features.” He’s quick to tell us, however, that an application isn’t all there is to Flash Coffee’s technology-rooted core. “We’ll also be using technology to enhance operational performance, or to facilitate other core parts of our business. Lots of it will be implemented very soon in phases — but until then, I can’t say much more.” … One of whom is Thai. With drinks curated by Indonesian champion Robby Firlian, and our very own Arnon Thitiprasert, there’s a lot for coffee aficionados to get excited about. Pan hopes to create a platform where Thailand’s talented baristas can be more widely-appreciated by the public. “Arnon, who owns Ristr8to in Chiang Mai, is the only Thai to have been crowned Latte Art Champion. Arnon’s world achievements should be recognised more widely within this country. I believe the Flash Coffee Thai expansion is a great way to showcase his creations to the mass.”

You get a lot more than just coffee (though they do a great job on that front).

Award-winning java aside, Flash Coffee is also making quite the entrance, with a slew of collaborations and many more to come. Among them is a pretty interesting partnership with up and coming news-site Bitesize BKK — whose daily news bites can be easily read off the signs at Flash Coffee’s Samyan Mitrtown store. “As an empowering brand, we aim to pioneer the in-store customer routine with the view that catching up on relevant news is important for today’s most successful people,” Pan explains. “So, customers would typically queue for our drinks; get to read Bitesize BKK’s daily news bites on our screens; and then grab their caffeine boost for the day.”

Price points are very, very friendly — and vegans are welcome, too!

“Bangkok coffee culture is great, but the cafes are often not accessible to everyone.” Pan says simply. “For our positioning as a specialty coffee house, our high quality coffee and innovative menu comes with an affordable price tag, starting at THB 40 a cup. We also offer plant-based milk upgrades for vegans.” Covid-19 had its toll, but they’re turning the tables around.

You’d be hard-pressed to find anyone in the F&B industry who says they haven’t been affected by the pandemic, but Pan remains positive, and focused on the long-term gains. “No one would have thought that the bare necessities of the F&B industry would ever be in crisis, but if anything, Covid-19 has facilitated our launches, and landlords have been more welcoming to our new concept,” he tells us. “Performance has been above expectations, even though we have launched our first store during the pandemic. We see this as a great sign for the success our business is about to bring, and dedicate Bangkok as one of our core markets.”

He attributes a lot of these successes to a growing, promising team, and support from various fronts. “We’ve got strong guidance from our founders, David and Sebastian. Locally, I also recognise that we can only achieve all that we set out to do if there are people who believe in us — be it family and friends; customers who queue up at our stores or order online daily; landlords; press; suppliers, and partners.” 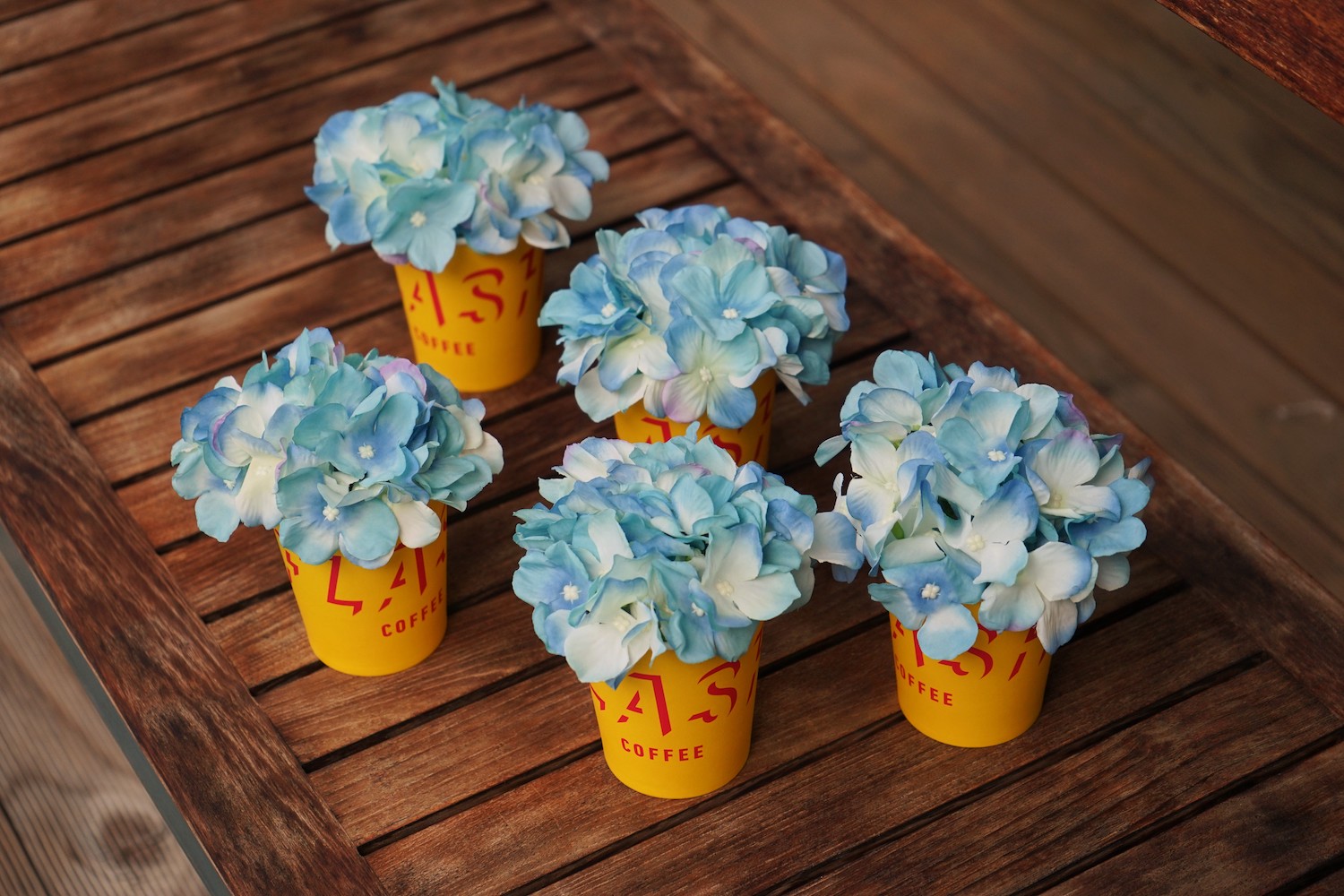 The future is even flashier.

With three stores already open, Flash Coffee’s expansion strategy has been pretty incredible. “In terms of real estate, now we have the chance to start from scratch, and are doing our best to cherry-pick the most space-optimised portfolio for the future,” Pan explains, running through an impressive list of signed on malls that runs from Silom Complex to Seacon Srinakarin, not to mention community centers such as Mahanakorn Cube.

When asked about his plans for the future, Pan’s vision is far from understated. “Locally, we will stay true to Flash Coffee’s emphasis on affordability, and turn these founder-inspired ambitions into reality. We aim to become one of Asia’s leading tech-enabled coffee chains, empowering customers, partners, and our teams to achieve their dreams.”

Sign up to get the latest luxury and lifestyle news delivered to your inbox.
Coffee people drinks Interviews Flash Coffee

@gucci spices up the Chinese New Year season with