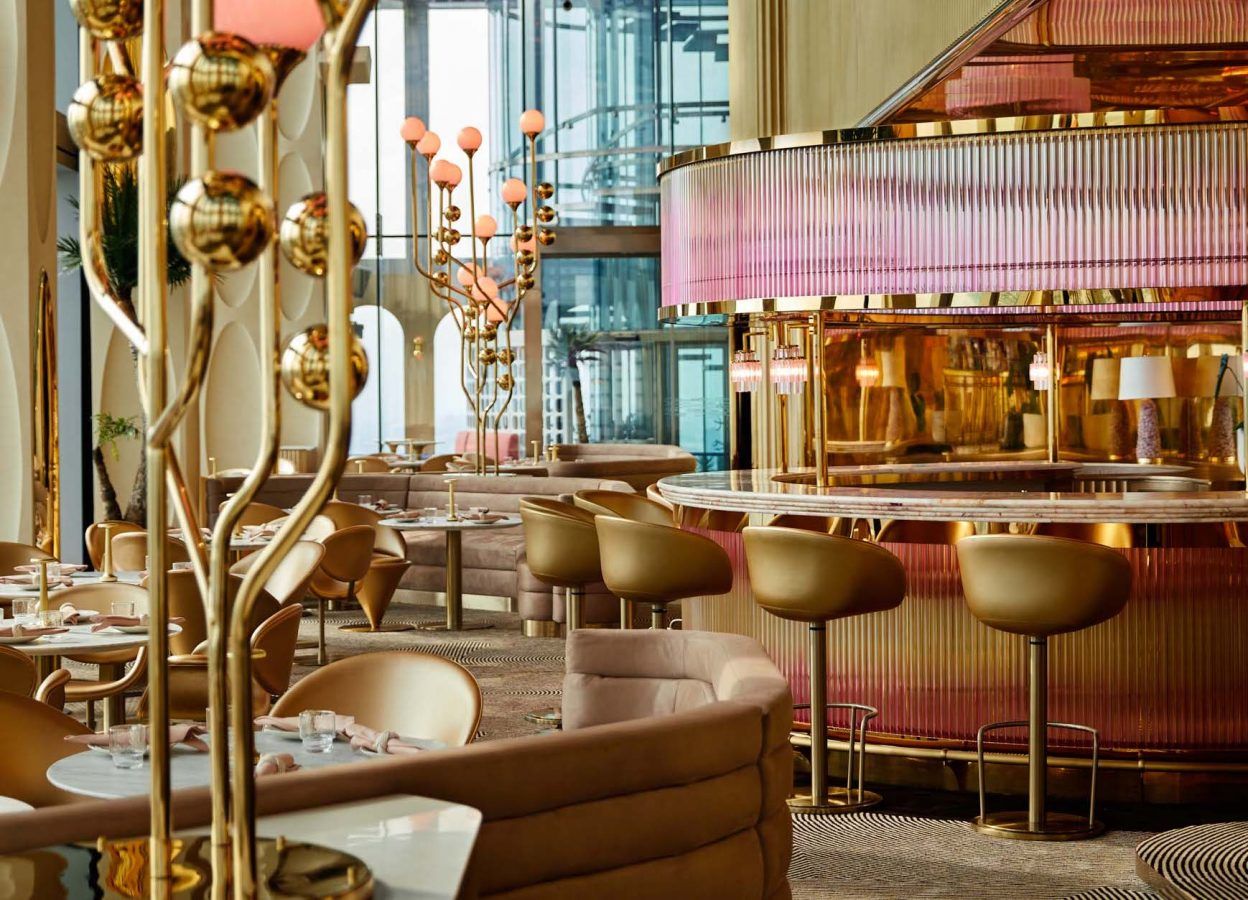 Prestige sits down with Khunn “Milk” Thanaworachayakit, The Standard, Bangkok Mahanakhon’s talented Beverage Manager, to sample some of the exciting concoctions the bar team has in store.

Perched a dizzying 300 me 300 metres above street level, Ojo – The Standard, Bangkok Mahanakhon’s new rooftop dining outlet – has been brazenly shattering all preconceived notions about what a Mexican restaurant can (and should) be, ever since it threw open its doors early last month. First off, there’s the menu, the handiwork of acclaimed Mexican chef Francisco “Paco” Ruano, which is mercifully devoid of burritos, quesadillas, and gooey plates of nachos. Then there’s the whimsical, retro-glam space age décor – envisioned by globally renown creative talent Ou Baholyodhin – without a single sombrero or neon cactus in sight. Lastly there’s the bar, which steers clear of headache inducing frozen margaritas and instead offers a classy lineup of signature Mexican-themed cocktails and, most impressively, a selection of tequilas and mezcals that is truly world-class.

As Beverage Manager at The Standard, Bangkok Mahanakhon, it’s the job of Khunn “Milk” Thanaworachayakit to oversee things at Ojo, as well as at Mott 32, The Parlor, Tease, The Standard Grill, and Sky Beach (the hotel’s other, yet-to- open F&B venues). Many will remember Milk from her days at 008 Bar, but she’s also had star turns at Il Fumo and Zuma, and in 2016 she won the Southeast Asia Bartender of the Year at the Diageo World Class competition. Meanwhile, the role of head bartender at Ojo falls to Phiphattanachai “Game” Sukchaowaritthikai, a talented 28-year- old who some may recall from his days at SEEN, the Avani+ Riverside Bangkok Hotel’s cool rooftop hangout.

“Inside Ojo we focus mainly on dining,” explains Milk, “but people can still enjoy drinks at the bar, or at their table. We also have an outdoor seating area, with amazing 76th floor views, which is a perfect drink spot.” And while the nine signature cocktails on the opening page of the drinks menu include intriguing concoctions like the ‘Michelada’ – a Mexican favourite mixing light beer with lime, chili, and secret sauce – there are five full pages devoted solely to top-shelf tequilas and mezcals. “Once you taste a great mezcal or tequila you will forget those salt and lemon shots you had a teenager,” Milk says with a cheeky grin.

So, what’s the rarest and most premium bottle she has in stock? “It’s the Cascahuin Extra Anejo, but we’re currently sold out,” she laughs. “Once we put it on the shelf we had guests buying multiple bottles right away.”

“This one could be considered our ‘signature’ signature cocktail, as it represents Chef Paco as well. It’s an adaptation of a drink that’s available at his restaurant Alcalde, in Guadalajara. He something that would give you the feel of Mexico in Bangkok. It combines Alipus San Juan mezcal (30ml) with Michter’s bourbon (20ml), Dolin Blanc vermouth (20ml), lime juice (25ml), and a housemade roselle cordial (10ml). Shaken and strained over ice, it’s served with an edible flower garnish, which changes daily, depending on what’s fresh.”

“The name of this cocktail translates as ‘Blind Love’. Here I use rum, which is a good option if you don’t drink tequila or mezcal, and to give it a Mexican edge I incorporate jalapeño pepper. It’s made with Plantation Jamaican white rum (45ml), a housemade jalapeño and mango cordial (20ml), lemon juice (25ml), and a couple of dashes of Bitter Truth brand grapefruit bitter. This one we also garnish with an edible flower. It looks innocent, but you can really taste the heat of the jalapeño.”

“The main difference between mezcal and tequila is the smoky taste,” explains Milk. “They’re both made from the agave plant, but during the mezcal production process you smoke the agave before juicing it. At Ojo we have many mezcals and tequilas that are exclusive for us, including Cascahuin tequila blanco, which we use as our house pour. We also stock the reposado, anejo, and tahona blanco from Cascahuin, as well as the ultra-premium ‘Plata 48’, which is 48 ABV. An artisanal mezcal brand we stock exclusively is Aguas Mansas – a range that includes an espadin, a tobala, and a cuishe – and we also have four types of Don Mateo available – alto, cupreata, pechuga, and mango sahuayo. In the world of agave these are all super craft producers, not commercial brands.”

A Taste of Mexico

As one of the most important figures in Mexico’s vibrant next generation culinary scene, Chef Paco has created for Ojo a compact but creative menu with mouthwatering meaty mains like the ‘Carne Asada’, a hearty bone-in 800g ribeye. However, there are also several hot, cold, and raw appetisers to choose from should you desire a bar snack, including the delicious ‘Tuna Crudo’, with avocado, baby onions, green chili, fennel, and black olive emulsion, and the yummy ‘Esquites’, a dish of roasted baby corn sitting atop a bed of jalapeño mayonnaise, blanketed in a snowdrift of finely grated pecorino cheese.

To find out more about Ojo Bangkok, visit standardhotels.com.

As the Lifestyle Editor for Prestige Magazine Thailand, Canadian-born Bruce Scott keeps a close eye on what’s trending both in Bangkok and beyond. He enjoys live music, documentary films, and dinners with fancy wine pairings. When not hard at work keeping up with the latest restaurant and bar openings in town you’ll probably find him at the beach, most likely lying in a hammock with headphones on.
drinks