By Manta Klangboonkrong and Gavin Nazareth 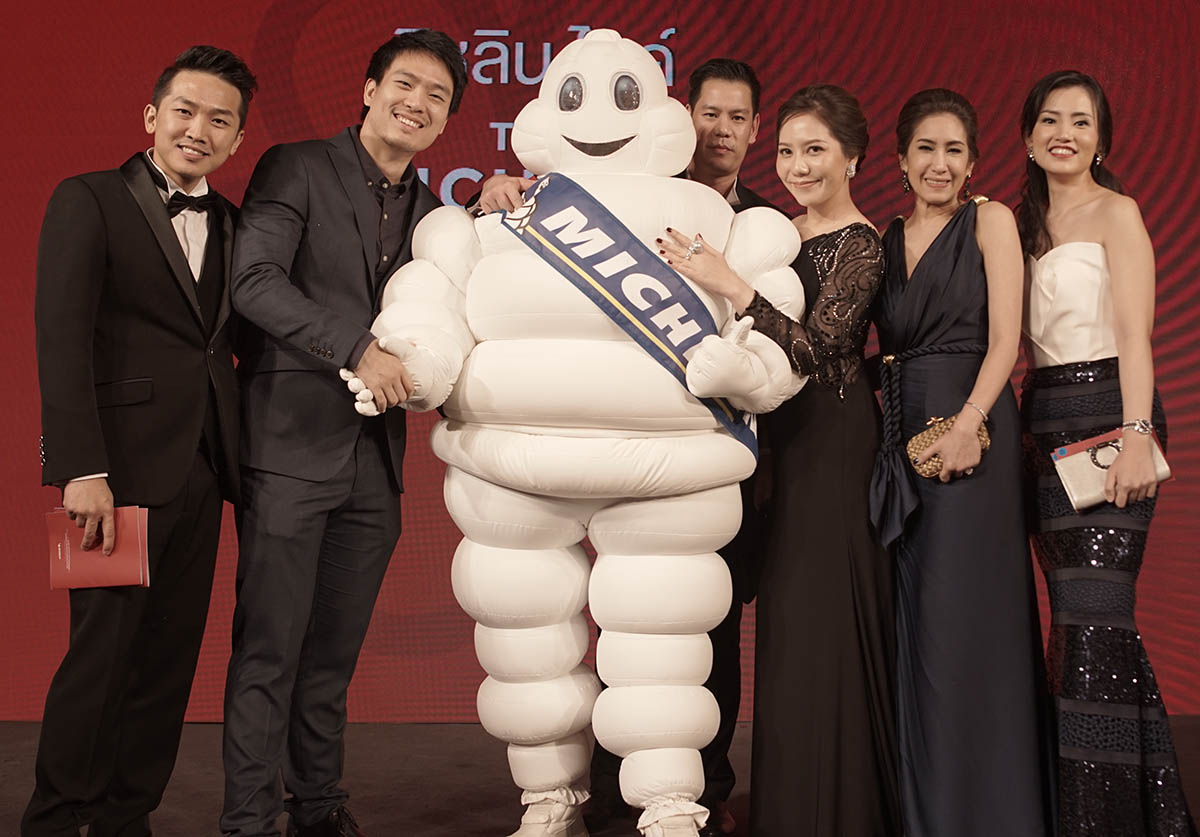 Earlier this week, Michelin representatives unveiled the restaurants listed in the first Michelin Guide to Bangkok. A total of 98 made the cut – including a handful of street food and shophouse ventures – with 17 earning one or two stars.

The selection highlights how the city has embraced international dining concepts without abandoning its roots, a culinary heritage that attracts millions of visitors each year.

In an exclusive interview with Prestige, Michael Ellis, International Director of the Michelin Guides, says, “Our inspectors, who are mostly Thai, were thrilled to find a local culinary scene with amazing vibrancy, myriad new restaurants and an astonishing variety of street food, but also Thai cuisine served in different forms.”

According to Ellis, the Michelin Guide will mean much more for Bangkok restaurants than just fully booked houses in the coming year.

“When Michelin comes to a new city, three things happen,” he says. “It shines an international spotlight on the city’s cuisine. Jay Fai [the now-famous Michelin-starred street food] is not only a local favourite but also an international star, thanks to the award.

“It also attracts cooking talent. If you’re a chef, you will want to work in a Michelin-star restaurants, because Michelin is a stamp of approval. You’ll have people coming from all over the world to work in restaurants in Bangkok.

“Lastly, it helps growers, producers and suppliers in the restaurant industry,” he says.

To earn Michelin recognition, a restaurant must use only quality products, and consistently. That incentivises all links along the supply chain to maintain quality, if not raise the bar.

An army of anonymous Michelin inspectors spent roughly a year eating, reading and researching for the inaugural guide to Bangkok. Collectively, they had more than half a thousand meals, writing detailed reports of each venue based on five golden criteria: value for money, quality of ingredients, cooking techniques, balance of flavours and consistency.

Now that the first guide is in the books, no one is resting – neither chefs nor inspectors.

“We’re already working on next year’s edition,” Ellis explains. “Our inspectors are out having meals and doing reviews as we speak.”

A Night with the Michelin Stars

In the afternoon at the Grand Ballroom, Grand Hyatt Erawan Bangkok, Michelin representatives revealed Bangkok’s two Michelin-star restaurants. They included Gaggan, where chef-owner Gaggan Anand takes Indian cuisine to a level rarely seen; the long-standing Le Normandie at The Mandarin Oriental Hotel, which has always represented the finest French cuisine since opening in 1958; and Mezzaluna, perched on the 65th floor of lebua at State Tower, where Chef Ryuki Kawasaki and his team deliver European delights with Japanese precision.

The first selection of the Michelin Guide to Bangkok also recognised 14 restaurants with one star, which highlighted the quality of local cuisine, as seven of these restaurants offer Thai cuisine prepared by local Thai chefs.

One street food venue also obtained one star: Jay Fai, where chef-owner insists on remaining in her tiny open kitchen, cooking with her homemade charcoal stove and continuing what her father started 70 years ago, making crab omelettes, crab curries and dry congee.

The award ceremony was followed by a “Reach for the Stars” gala dinner, which was easily one of the most anticipated events this year. Gourmands, players in the food and beverage industry, and high society figures, all dressed in tuxedos and evening gowns, gathered at the Siam Kempinski Hotel Bangkok to celebrate Thailand’s first-ever Michelin Star presentation, honouring the city’s top chefs with world’s most prestigious culinary awards.

After opening speeches, guests were treated to a special performance by the Bangkok City Ballet, followed by the presentation of chef’s jackets to the chefs behind the three two-star and 14 one-star restaurants.

Apart from one- and two-star venues, 35 restaurants received a “Bib Gourmand”, a distinction as popular with chefs as it is gourmets. The ranking recognizes the Michelin inspectors’ favourite establishments that offer value for money, as they serve a quality menu for a maximum of 1,000 Baht.

Another 18 venues were awarded Michelin Plates, or L’Assiette Michelin, a new designation that indicates “restaurants where the inspectors have discovered quality food”. Twenty-eight street food eateries netted an honourary mention in the guide’s recommended street food, too, making up to a total 98 establishments in the city’ first Michelin Guide for 2018.