New mooncake adventures to embark on 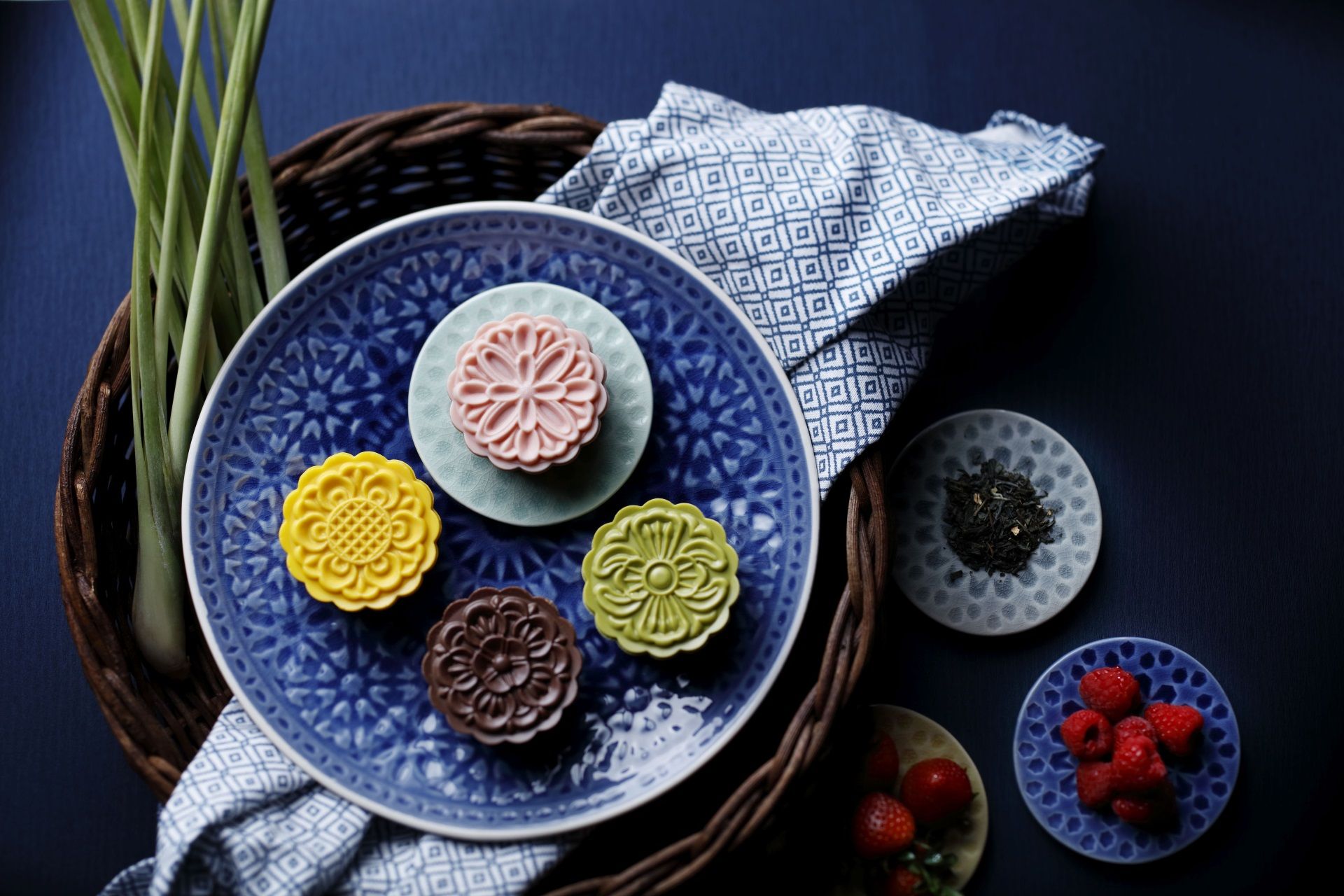 The new hotel in town pays tribute to local flavours with its chocolate truffle, snowskin and traditional baked mooncake ranges, each with four varieties. In particular, we’re looking forward to the chocolate XO liquor, green tea lemongrass, citrus and berry truffle mooncakes (above), with ganache centres and flavoured lotus paste sealed in chocolate shells. Other creations that have got us intrigued are the ondeh-ondeh snowskin mooncake and the baked pandan lotus with melon-seed mooncake.

Known for concocting exotic mooncake flavours year after year, TWG Tea delivers with its Lotus Jade Tea mooncake collection, with delicate green tea and lotus blossoms paired with the snowskin and baked pastries. Some of the daring varieties introduced this year include Moonlight (Lotus Jade Tea–infused mousseline that surrounds a white chocolate heart filled with a sweet Nashi pear marmalade, encased in a brilliant green snowskin that would make Elphaba Thropp proud) and Daydream (a blueberry-flavoured white lotus paste, an almond and blueberry puree centre infused with Red Balloon Tea, and a baked red crust).

The New York-born cake boutique tries its hand at mooncakes this year, launching two snowskin flavours in Singapore (and baked ones in the brand’s Hong Kong stores, in case you’re travelling there sometime soon). The peanut butter chocolate truffle mooncake and the cranberry cheese white chocolate truffle mooncake (above) are an admirable attempt, with Instagram-friendly exteriors to boot. Four dainty pieces of each flavour are packed in a lantern-shaped box, which can be lit up from the inside with candles once you’ve devoured its contents — neat.

Now these are vintage mooncakes if ever there was one. Bakerzin founder Daniel Tay stuffs his new baked mookcake varieties with ingredients that would look right at home in an herbal shop — longan, red dates and walnuts get mixed into white lotus paste, and dried orange and lemon peel in red bean paste makes for a commendable take on red bean dessert soup. The four new snowskin mooncake flavours are pretty classic for snowskin mooncakes — cranberries and Choya-filled white chocolate truffle ganache; passionfruit, martini and mint; chocolate rum; and coffee with whisky.

Bakerzin doesn’t hold back this year, what with all the decidedly unexpected ingredients to pack into baked mooncakes — tom yum, American ginseng, ginger, and Sakura ebi (not in the same mooncake though!). If you need a break from the single/double yolk in white lotus paste combination, why not give these a go?