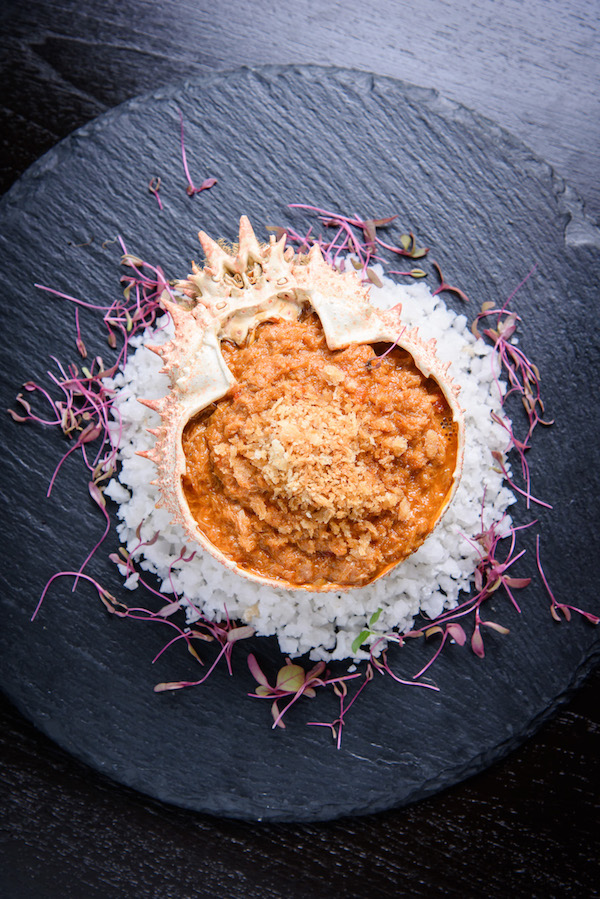 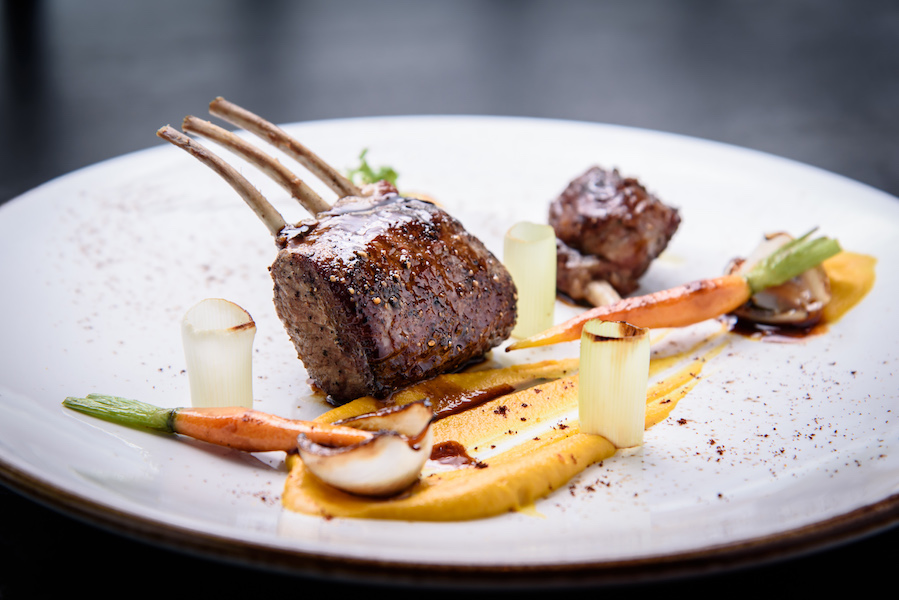 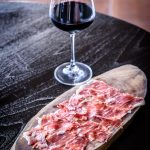 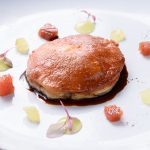 Just as the last rays of the sun blankets over the capital, it illuminates the semi-outdoor dining deck of Uno Mas. The blue, white and ochre colour palette, Moorish motifs, bamboo ceiling and lounge-style seating is evocative of an upscale tapas bar somewhere on the Mediterranean coast. Except here, instead of looking out to the Balearic blue sea, we are treated to panoramic views of Bangkok’s stunning skyline, which wraps itself around the restaurant.

Perched on the 54th floor, Uno Mas is one of Centara Grand at CentralWorld’s signature dining outlets in the sky. Split into three sections, the restaurant comprises a main bar at the entrance with a two-storey walk-in wine cellar and two dining rooms with versatile seating space to enjoy the views along with a glass of sangria and catchy Latin tunes.

There is no denying that the soul of Spain relies in its people and its food. With executive chef Sandro Aguilera, we get both. Originally from Barcelona, Chef Sandro has honed his skills at leading establishments like Hotel Arts Barcelona by Ritz-Carlton, Hôtel de la Plage in Brittany, France, Comerç24, a one-Michelin-star restaurant in Barcelona, and Estany Clar, also a Michelin-star eatery in Barcelona.

In a Spanish restaurant, it is almost customary to begin with Jamón, so we start with Joselito Ibérico ham. Cured for 36 months, the smooth ham has distinct nutty flavours and a harmonious balance of sweet and salty taste profiles, all of which just melts in the mouth – it’s not called the best ham in the world for nothing. We pair these decadent cuts with white sangria.

Gambas al pil pil, is another signature tapas that is a Spanish classic. Tiger prawns are cooked à la minute in olive oil with garlic, paprika and cayenne pepper, and served on a sizzling pil pil (a little metal pan). Upon arrival, it quickly became clear we couldn’t get enough of this soulful dish. Luckily, there was enough to go around, and we had plenty of bread on hand to soak up the delicious, spiced olive oil and garlic-y crustaceans.

Next to arrive is Txangurro (pronounced Changurro) baked spider crab, a popular dish hailing from San Sebastián, a coastal city in the Basque country. Traditionally prepared based on an early 20th century recipe, the crabmeat is baked to perfection inside the shell with tomato, bread crumbs and a few seasonings. The rustic flavours of the crabmeat and mild sweetness of the tomato combined to create a stellar dish which became a highlight of the evening for us.

While we waited to get started on our mains, we salud-ed to the view with Chubby Checker cocktail, a fresh and sweet concoction of Olmeca Gold tequila, pomegranate soda, and vanilla salt.

“Spanish cuisine has changed a lot in the last few years, as chefs have opened their mind to adopt new techniques and ideas. The new generation of chefs are creating innovative food that puts our cuisine on the world map. I consider myself an old-school chef, because I prefer not to play too much with the products, allowing the ingredients to shine,” says the soft-spoken Chef Sandro.

The first of our mains, crispy suckling pig with pineapple and pork jus, was absolutely phenomenal with every bite. Chef Sandro first cooks the Segovian suckling pig sous vide with chamomile, butter and rosemary in 86 degrees Celsius for a few hours. After that it is transferred to an oven where it is baked until the top layer is decadently crispy. The dish pairs beautifully with its condiments, Spanish jam, fig and apple.

We also get to sample two dishes from Chef Sandro’s degustation, seasonal menu. First of which to arrive at our table was Pyrenees lamb rack, served alongside roasted baby carrot, chive, coriander shoots on a rich jus and carrot purée, with a generous dusting of orange powder. The lamb was juicy and succulent and left us wanting more. The second main from the special menu, was the memorable grilled squid or squid à la plancha. Chef Sandro begins by grilling the squid on a hot plancha (round, flat metal plate) for a few minutes before laying it on smoked onion purée, accompanying it with picada – an aromatic, piquant sauce made from onion, garlic, parsley and peanuts – onion petals and sobrasada, a paprika-spiked cured sausage.

When it came to the final course of our meal, churros were a unanimous choice. The fried, lightly sugar-dusted doughnuts came with Valrhona chocolate dipping and was every bit indulgent. At the urging of Chef Sandro, we also gave Torta de aceite a shot. Imagine crunchy Andalucía olive oil sweet toast on creamy yoghurt ice cream, figs and bitter orange jam. This exceptional creation combined a multitude of flavours and texture and was a complete explosion of flavours in our mouths. So much so, that we couldn’t help but say “Uno Mas”, Spanish for “one more”.

DINING Spanish cuisine Restaurant Review UNO MAS
Reena Hallberg
Sign up to get the latest luxury and lifestyle news delivered to your inbox.