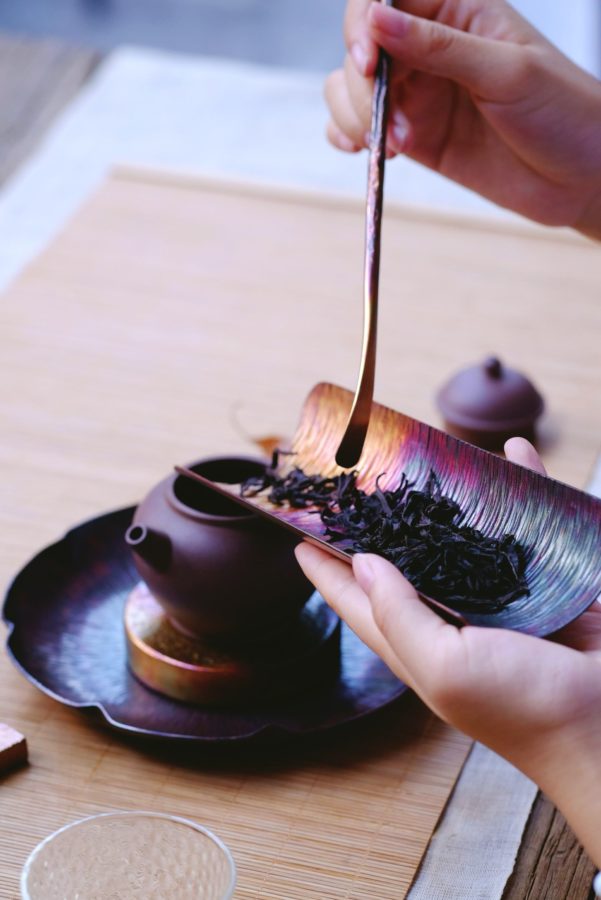 Tea is an intrinsic part of many cultures around the world and is regarded for its medicinal values in the East. The history of tea goes back to around 2737 BC when Emperor Shen Nung of China stirred a few leaves of the Camellia sinensis plant in a pot of boiling water and had the first-ever cup of tea.

In our modern world, it is perceived as a quintessential and curative drink faring well in countries such as China, Japan, India, Sri Lanka, Korea, Taiwan and Turkey. Moreover, tea boutiques and luxury brands with some of the most expensive teas are curated specifically for tea connoisseurs.

For those who love tea, check out our list of the most expensive teas in the world to elevate your brew collection.

Valued around a whopping $1.2 million per kg, Da-Hong Pao tea is the most expensive tea in the world grown in the Wuyi mountains of Fujian province of China and declared a national treasure for its rarity. During former US President Nixon’s official visit to China, founder of the People’s Republic of China Mao Zedong gifted him 200 grams of Da-Hong Pao symbolising peace and friendship between the two nations.

A type of oolong tea, its history goes back to the Ming dynasty. The name Da-Hong Pao translates to ‘Big Red Robe’ and according to the legend, the Chinese emperor of the Ming Dynasty donated his robe to get a jar of this oolong tea to help his ailing mother.

Strangely enough, the cultivation of Panda Dung tea uses Panda bear’s dung as fertiliser. This tea was first cultivated by An Yanshi, an entrepreneur in southwest China, who started using panda dung from nearby breeding centres as organic fertiliser and sold the first batch of this peculiar brew at around $3,500 for 50 grams.

Panda Dung, with high antioxidant content, is believed to have a myriad of health benefits. Panda Dung tea is sold at approximately $70,000 per kilogram.

Luxurious and rare, the yellow gold tea buds are harvested only once a year using gold shears and then sun-dried. The tea leaves are then sprayed with edible 24-karat gold flakes. Known as the tea of the emperors of China, it is priced at around $7,800 for one kilogram of tea leaves.

Living up to its name, it has a unique metallic and floral aftertaste and is known for its anti-ageing and other health benefits. It is currently sold only in Singapore by the TWG tea company.

Plucked only by the expert pickers during the full moon nights, this is a type of oolong tea harvested at Makaibari Tea Estate on the sloping hills of Darjeeling. The tea comes from special buds, which look like silver needles and possess a subtle fruity aroma. It has a complex taste with sharp notes of mango and frangipani.

Considered as one of the highest-grade green teas in Japan, Gyokuro translates to ‘pearl dew’ or ‘jade dew’ in Japanese and is cultivated in the Uji district. The process of harvesting this tea requires growing it under the shade of straw mats for four weeks before the best tea leaves are picked. This process helps the plant retain L-theanine amino acid which in turn heightens umami flavours in the tea.

Originally invented in the 18th century, Pu’erh tea is considered as the oldest, most refined and one of the most expensive teas sold at a massive price tag of approximately $10,000 per kilogram.

Pu’erh tea is usually sold in the form of tea cakes which can be brewed to savour its health benefits that include weight management, cholesterol reduction and improved gut health.

This tea is grown mostly in the Yunnan province in Southwest China with some of the trees being thousands of years old. The microbial fermentation process is used to ferment the tea leaves. As per the legend, many wars were fought because of this tea in the history of China.

One of the most highly regarded teas in the world, Tieguanyin tea is a type of oolong tea named in the honour of Buddhist deity – Guan Yin, also known as the iron goddess of mercy.

The tea leaves give a distinct nutty taste and floral aroma. The tea is grown in the highest regions of the Fujian province and leaves are sun-dried till crisp and bright golden.

The price of this tea keeps increasing because of its rarity and is available at about $3,000 per kilogram.

Named after the Greek legend of Narcissus, this is a rare oolong tea, grown and harvested on the Wuyi mountains of Fujian province of China and the PingLin tea area in Taiwan.

The tea embodies an exquisite wooden and chocolatey flavour with a subtle hint of floral and fruity notes. It has an intense aroma and costs around $6,500 for one kilogram. This tea ages like fine wine and is fired once every two years to dry out moisture and improve its taste.

The high humidity, altitude, thin air and elaborate fermentation process yield these full-flavoured and high-fragrance teas which are sold at up to $250 per kilogram.

Tienchi flower tea is a prized tea and among some of the most expensive teas in the market. It is revered owing to its healing properties and distinctive flavour profile. The tea is cultivated from flowers of Panax Notoginseng that grow in Yunnan Province in China only once in three years.

The Tienchi flower tea is sweet and minty in taste with a ginseng-like aroma after it is brewed. Its regular consumption is believed to help with insomnia, boost oxygen levels, fight inflammation and eliminate toxins from the body. It is priced at around $170 per kilogram.