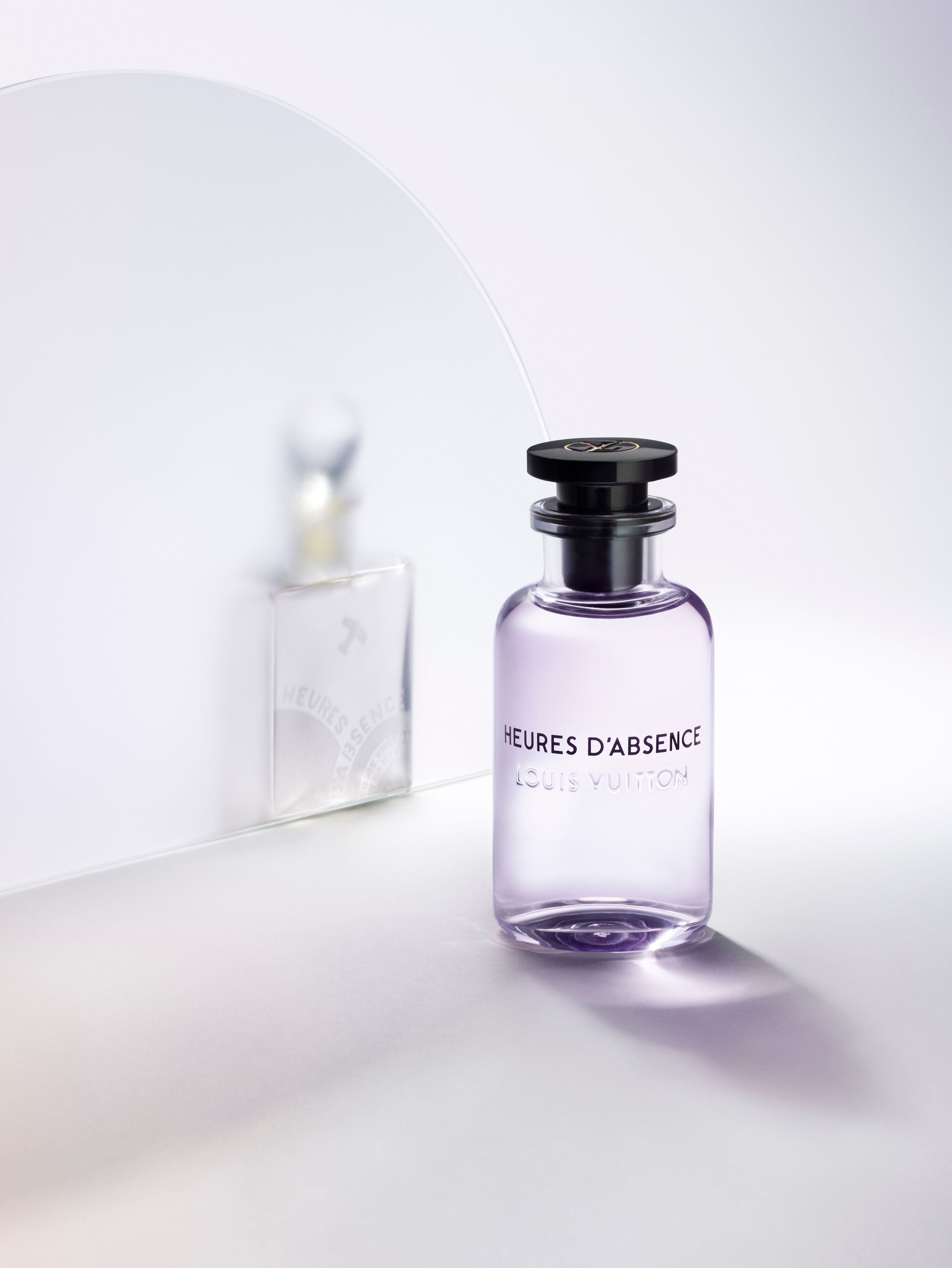 In 1927, at the height of the Roaring Twenties in all their creative effervescence, the Maison Louis Vuitton launched its first perfume, Heures d’Absence, named after the country home the Vuitton family acquired in the Seine-et-Marne region in the 1920s.

The fragrance captured the spirit of the day and its design celebrated the new modes of transport that were then emerging: a triumphant airplane was engraved on the bottle, whose box was shaped like a kilometer marker. Behind this singular, memorable name, one divines a resolutely optimistic message, an invitation to travel that’s at once introspective and emotional. The chance to break free and let go, shake off the blues and seize the day. Heures d’Absence evokes great escapes, suspended moments of grace in which one plunges into daydreams and the body surrenders to a frisson of eternity.

As if to further elevate this alliance of eternal flowers and in order to accentuate their contrasts, Jacques Cavallier Belletrud added the green, powdery facets of Mimosa from the Tanneron, a marvel that illuminates the hills of Provence with a radiant yellow at winter’s end. Here and there, a staccato of raspberry makes it possible to accentuate its downy, cheerful character. “Everything is done in service of the flowers, there’s no element to rein them in or disturb their message,” the Master Perfumer explains.