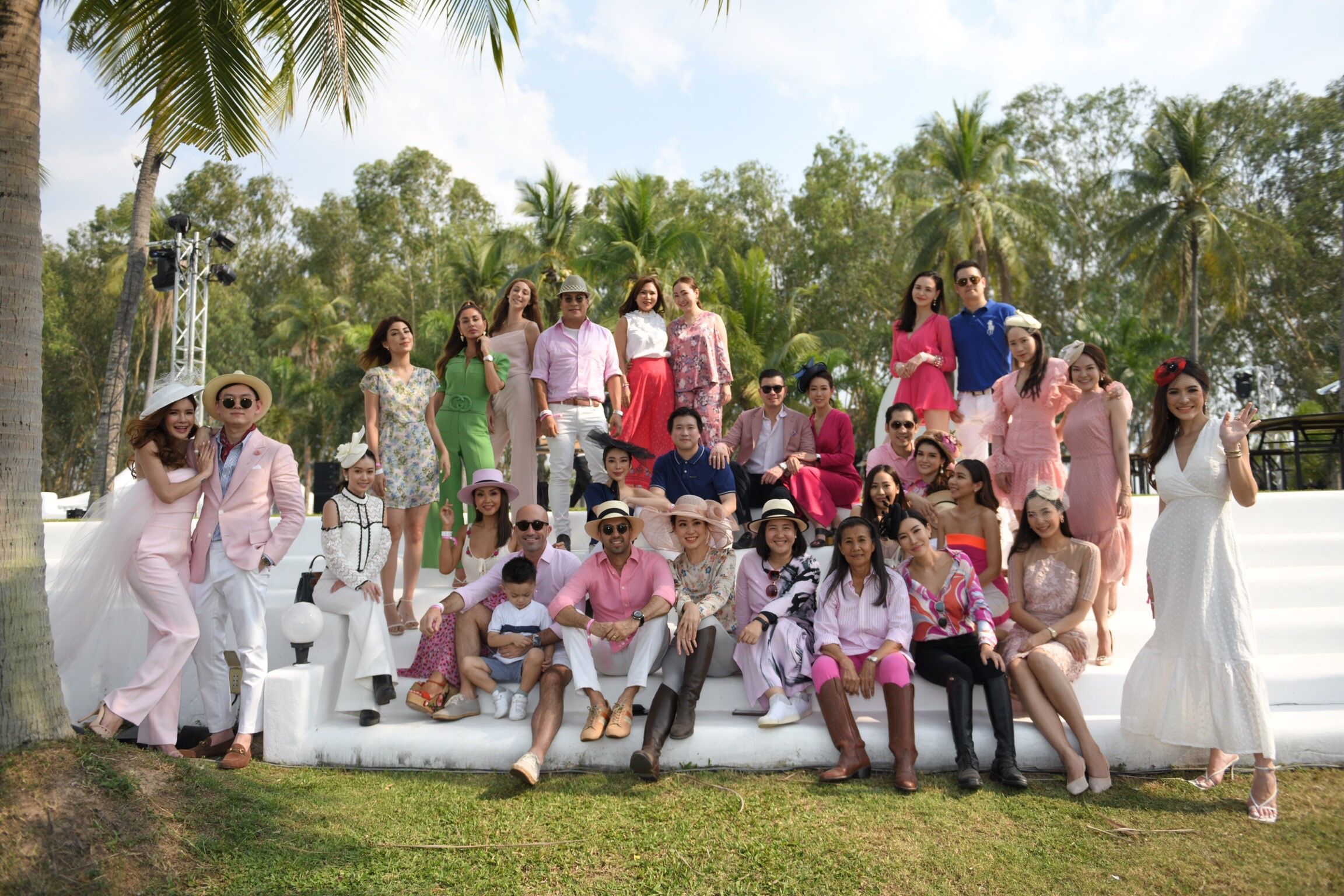 Outstanding female equestrians from all across the region gather yearly in Thailand for the annual Queen’s Cup Pink Polo. Now in its 12th year, the all-female charity polo tournament is where riders compete to win the prestigious Queen Mother’s royal cup. The match is organised by Dr. Harald Link — president of B.Grimm and the Thailand Equestrian Federation — and Nuntinee Tanner, vice president of the Thailand Equestrian Federation in association with US Polo, with funds from this year’s Queen’s Cup Pink Polo 2020 once again supporting The Queen Sirikit Centre for Breast Cancer Foundation.

Set as usual at the Thai Polo & Equestrian Club Pattaya, the area came alive in vibrant hues of pink — from bright fuscia to sweet pastel tones. Though truth be told, we’d feared the COVID-2019 outbreak would have implications on the annual affair, we were pleasantly surprised by the impressive turnout. It appears that, in light of how rough the past few months have been, we need now more than ever a reason to celebrate and be merry. Competitors and polo enthusiasts alike came together to enjoy a day out in the fields, enjoying exciting matches and the many activities — not to mention great food and drink — on offer. Here’s our Prestige Recap of the affair.

The Teams: Who Competed?

This year’s tournament was attended by four international teams — namely Marengo, La Familia, Ethiopian Airlines, and of course, our very own Thai Polo.

Any miss-assumptions that a female-only match wouldn’t be as intense as the typical polo competition were thrown out the window by a series of thrilling face-offs, which culminated in an impressive win for La Familia — who beat Marengo at 7-5.

The Other Winners: Best Hat, Best Dress, and Best Gentleman

Of course, regulars at such polo events will know that the winning team aren’t the only ones worth celebrating. While these tournaments are first and foremost a stage for Thai and international riders alike to showcase their skills, it is also very much a social event, and distinguished celebrity guests never disappoint when it comes to dressing to impress. We were greeted by a sea of pink, accentuated by fabulous hats of all shapes and styles. The event culminated with an awards presentation, where Peerapatra Chaovalit won the Best Dress award for women, Narisa Kubota took home the Best Hat award, and Chalin Hattakijkowit scored the Best Gentleman award.

What Else Took Place

Nuntinee Tanner kickstarter the opening ceremony by leading riders into the pitch — with a parade of Thailand’s top celebrities in tow. There was of course, also the annual tradition of Stomping Divots, where guests were invited to participate in stomping on the ground to smoothen the grassy pitch and remove the horse footprints.

12 years down the road, and the Queen’s Cup Pink Polo has still managed to retain its reputation for being an event of style, fun, and well, grandeur. Not only is it a chance for professional polo players to hone and show their skills, but it is also a fun way for everyone to gather and raise funds for a good cause. Polo matches to us are always fun, namely because of how many familiar faces and friends we bump into at the event. Scroll through the gallery below to see more of who was there!

This article was first published on Prestige Thailand.