Martina Navratilova on the Art of Winning 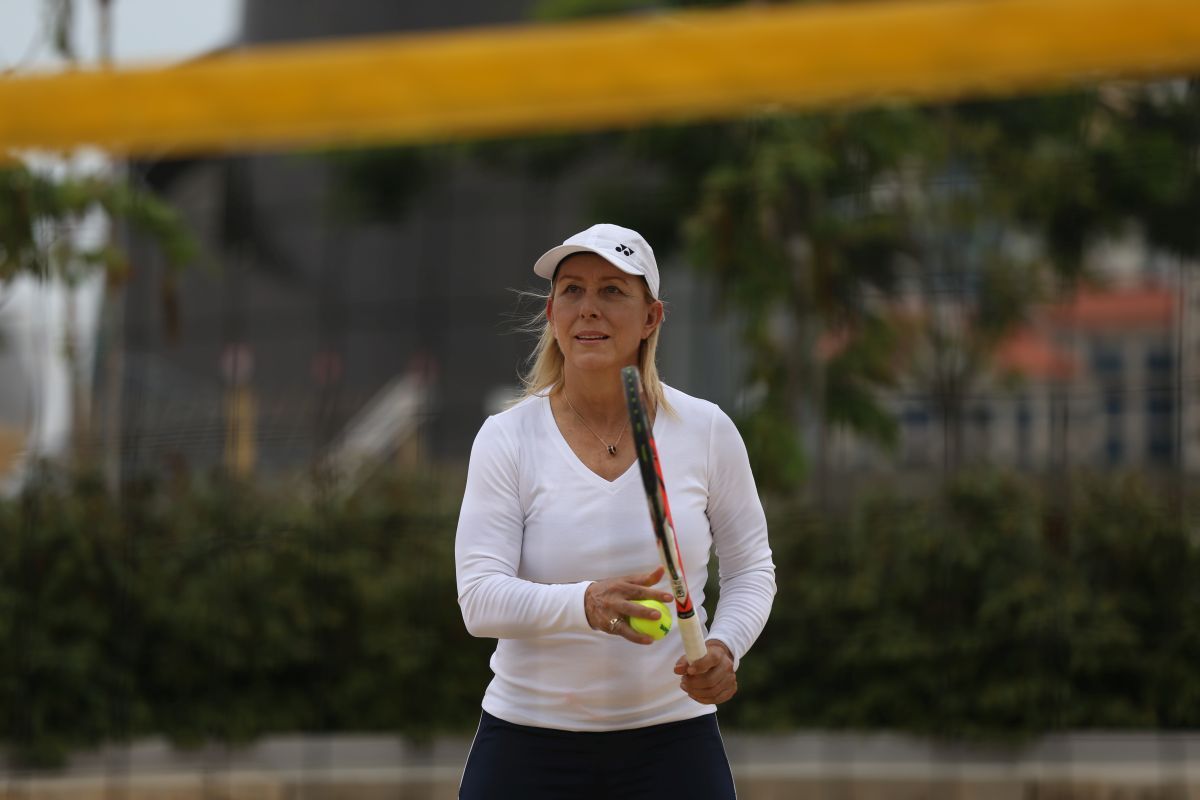 If you ever watched Martina Navratilova on the tennis court, it wouldn’t take long to sense her palpable energy. Watch her lunge for every ball with feverish ambition, even if it means almost missing a footing in the impossible distance. She wins the match, and the crowd erupts in a deafening cheer.

Her glory days may be a little behind her, but the world will never forget the iconic player’s goosebump-inducing games. Today, the nine-time Wimbledon champion remains a highly respected figure, aside from being widely considered one of the best tennis players of all time. She returns as the ambassador of the upcoming 2017 BNP Paribas WTA Finals Singapore presented by SC Global for the 47th edition of the singles event and the 42nd edition of the doubles competition from 22 – 29 October.

“For all matches, I go in with the mentality that I have the chance to win the tournament,” she tells Prestige. “Depending on who you are playing, you make game plans. The day of the match you run through the place, what you want to do, and practice according to plan. The routine is pretty much the same, like the mind-set: I have the chance to win every match.”

Looking back at her prolific career, Navratilova muses that her talent was just a small part of the equation. Being left-handed allowed her a unique advantage against other players, but the game was more than luck. A tennis legend she may be, but Navratilova reminds us that there is nothing like grit, determination and hard work.

If there’s any, probably the one against Helena Sukova in the semi-finals of the Australian Open in 1984. I was on a 74-match winning streak, and I would have won 7 Grand Slams in the row. I would still have to beat Chris Evert in the finals. Since it was on grass, chances are I would have won, even though it was not a done deal. But I would prefer to have lost to Chris than Sukova.

It was about becoming the best tennis player that I could be, whatever that was. I was lucky that my best was better than other people’s best. I did everything I could to be the better tennis player and thinker. Once you win, you want to keep winning.

I like walking around streets with no cars, checking out little alleys, and finding eateries or fruit stalls around the island. I always load up on mangosteens when I am in Singapore because I love them! I also enjoy eating street food – you feel like you’re a part of the city when you do that.

For the full story, pick up Prestige Singapore’s October 2017 issue.