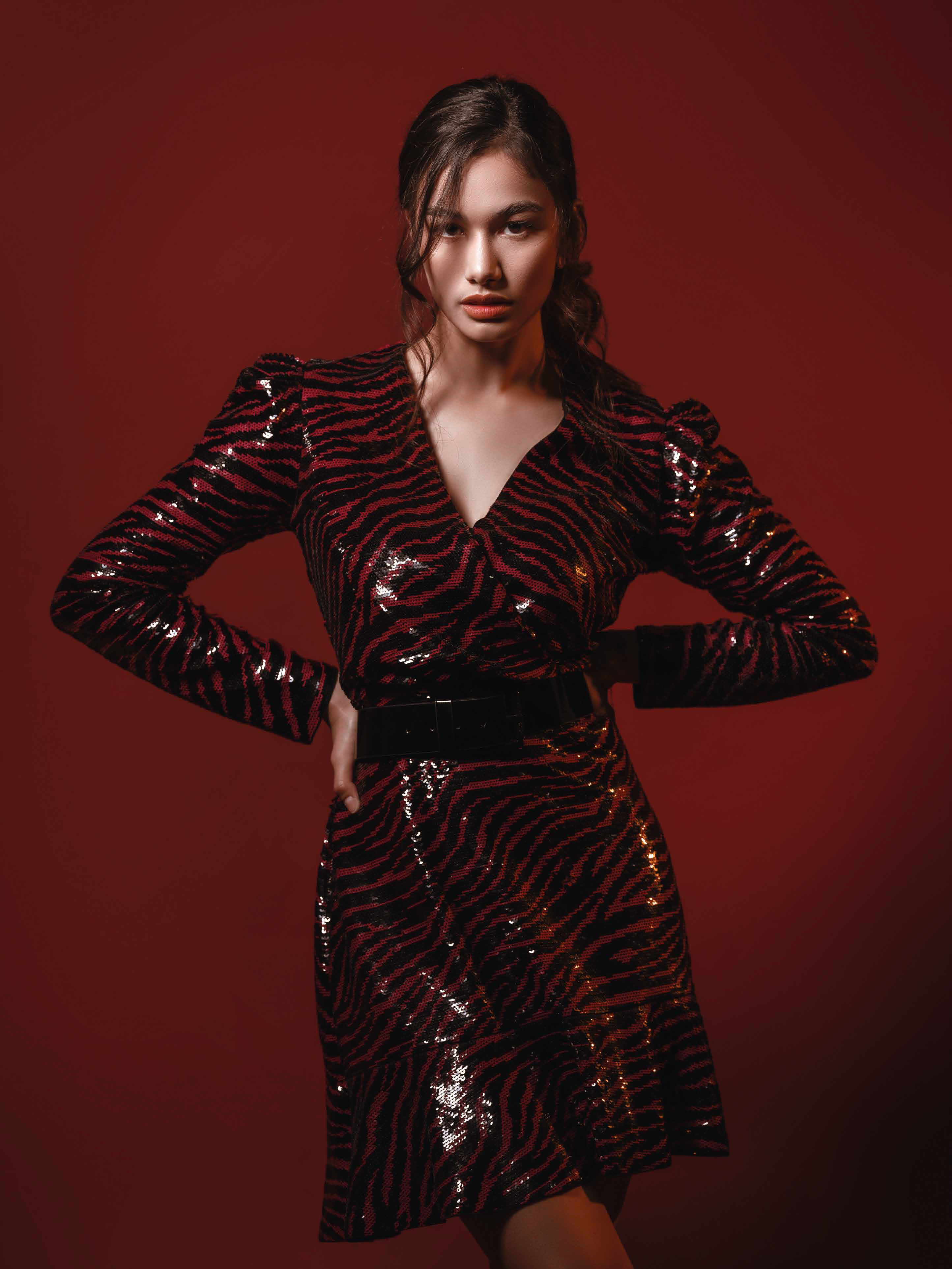 Now working on a new travel show she will host for cable TV, Mentari de Marelle tells Claudia Rindiantika how becoming an actress helped her grow as a person–and why she wants to be like Al Pacino.

Like her name, Belgian-Indonesian Mentari de Marelle’s sunny personality lights up every room she enters. “It’s fun!” she tells us of a new travel show she has been filming for cable TV. “I’m the host and I go to different countries, where they give me some challenges that I have to complete.”
Mentari tells us about her upbringing. “I spent a chunk of my childhood in Belgium, where I was born. When I was 8 years old, we all moved to Indonesia, so I spent most of my childhood here. But most of my childhood memories, of my aunts and uncles, are from when I was in Belgium.

“There is this funny story I remember. When I was around 5 or 6, I really wanted to look as tan as my cousins, because I was very fair compared to them. My grandfather from my mother’s side had this huge banana plantation and it had red soil, so my idea to have tan skin was putting soil all over my face and body. My mother screamed, ‘What have you done?’ And I explained to her that I wanted to look as tan as my cousins.”

Now a gorgeous and graceful young lady, admired for her talent on the screen, 23-year-old Mentari admits that she had no great desire to become an actress when she was younger. “I used to be very shy before I knew the camera and the film industry, so I never thought of becoming an actress. It all started from when I was 13 or 14. My friend wanted to enter a cover girl competition. She asked me to come with her. It ended up with me getting in, while she unfortunately did not. After that, I became a model and went into commercials.”

“Through my acting career, I have learned a lot about myself. But the most important point that I could make is that I have learned to be more patient, because sometimes I can be impatient”
Mentari de Marelle

Her first big movie was Yasmine (2014), in which she starred as Dewi, along with Reza Rahadian, Arifin Putra and Agus Kuncoro. “My first film was actually a Bruneian movie,” Mentari recalls. “I forget where they saw me, but they asked me, ‘do you want to come over and shoot a movie with us?’
Of course, I said yes. I was extremely nervous because I thought I had zero acting skills. But luckily, my character was very cool and had a straight face all the time. I had to do fighting scenes because my character was a pencak silat fighter. My dad used to teach me karate at home, so I got to show off my martial arts skills. That was a big help.”

Mentari says becoming an actress helped her grow as a person. “It’s mostly about how I interact with people. I used to be really bad at talking to people, at public speaking and stuff like that. But in my work, I have to interact with a lot of people, new people and all kinds of people, so I have picked up tips along the way, here and there, about how to talk with certain individuals and just how to fit in with various types of people.
“Through my acting career, I have learned a lot about myself. But the most important point that I could make is that I have learned to be more patient, because sometimes I can be impatient. Meditating helps a lot with it as well.”

No acting career goes smoothly all the time. Mentari has experienced rejection. How does she deal with setbacks? “When I really, really want to do the movie, sometimes I cry, to be honest. Just to let it out,” she answers. “Afterwards, I would just get over it and say, ‘maybe it’s not my turn yet to star in this movie’, ‘maybe they want someone with different look than me’. Emotionally, I would break down and cry, but I keep telling myself, ‘no, Mentari, it’s just not your turn. Everything will be OK.’”

What’s her dream role? Mentari laughs: “It would be… to be a mafia boss, with a lot of fighting and action scenes where I just look really powerful. Oh, I want to be Al Pacino. What a great dream, Mentari!”